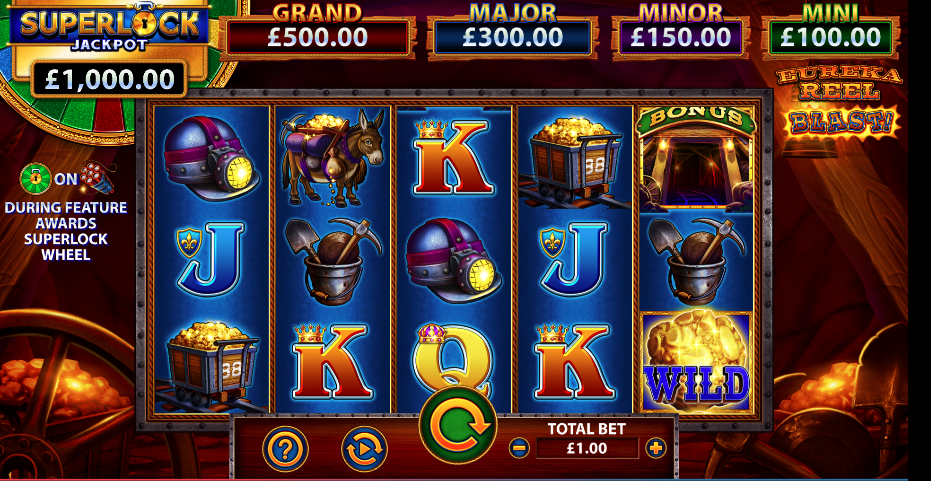 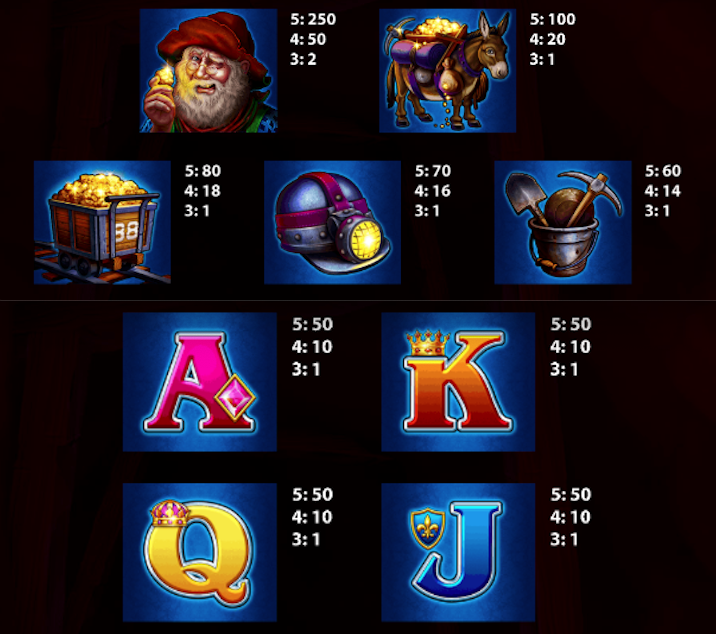 If you’ve been searching for an online slot with a title which sounds like a bunch of randomly-assembled words then look no further than Eureka Reel Blast Superlock, a mining-themed game developed by Shuffle Master with several features including free spins, Lock It Links and the Superlock Wheel.

Eureka Reel Blast Superlock is a five reel slot with three rows and fifty fixed paylines; all the action occurs underground where mining ephemera forms the backdrop to those industrial-looking reels.

The five high value symbols include the elderly miner, his pit pony, his cart full of gold, the helmet and a bucket of tools; J, Q, K and A are the lower values. The gold nugget wild symbol appears on reels two, three, four and five and it will replace all others except the mine entrance bonus icon and the dynamite scatter.

Landing at least six of the dynamite scatter symbols anywhere in view will trigger this feature in which all those sticks of dynamite will lock in place and you’ll get five free spins in which to land and lock some more. When the spin end you’ll be looking for groups of symbols to be formed from those dynamite sticks which, if they are the right shape, pay out set amounts according to the chart below. 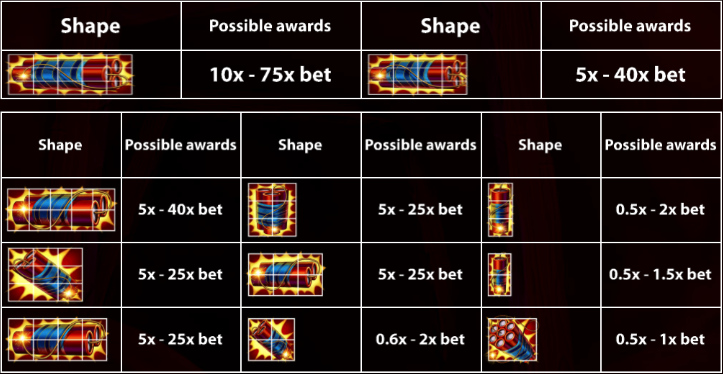 This is triggered by landing three, four or five of the mine entrance bonus symbols anywhere in view for which you’ll get 12, 15 or 20 free spins respectively; there are no extra enhancements here but those spins can be triggered again in the same manner.

Eureka Reel Blast Superlock may have a complicated name but it’s a slot which offers loads in the way of content and variety and a mining theme which always delivers the goods. We especially like the Lock It Link feature.