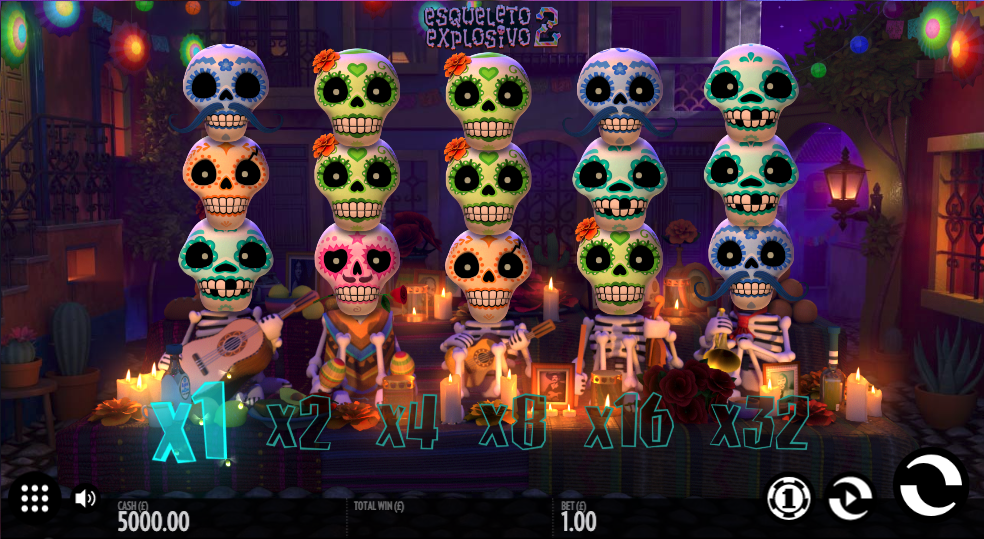 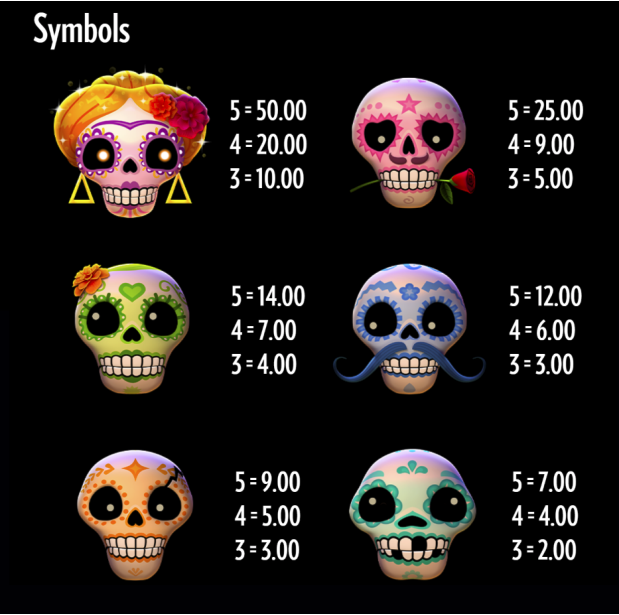 Online slots fans with a good memory will remember a colourful game called Esqueleto Explosivo from Thunderkick Games and those who enjoyed it will be pleased to know that there’s now a sequel, Esqueleto Explosivo 2; it takes the original Day of the Dead-themed gameplay and adds free spins into the Mexican mix.

Esqueleto Explosivo 2 is a five reel slot with three rows and ninety nine fixed paylines; the floating skulls which make up the symbols spin in front of this Mexican town lit by candles and lights under the starry sky.

The six symbols in play here are all skulls adorned and decorated with various colours and headwear while the wild symbol is the glowing skull which will substitute for all standard symbols and at the same time explode, destroying between three and eight neighbouring symbols. The silvery clockwork skull is the scatter symbol.

A feature we always enjoy, any symbols in winning combinations (and those destroyed by the wild symbols) will disappear and be replaced by more falling down from above; more combos can then be formed and this all continues until there are no more wins. The extra feature here is that each successive drop or appearance of the wild symbol will increase the Mucho Multiplier by 1x until it reaches the maximum.

Every third wild symbol which lands during this round will award an extra spin and remove the lowest multiplier value from the meter shown – there’s a maximum win multiplier of 64x for the luckier players.

Taking a popular slot and making it even better is a sure fire way to keep us happy and Esqueleto Explosivo 2 hits all the right spots – it’s funny, colourful and full of themed features with the potential for some big wins.