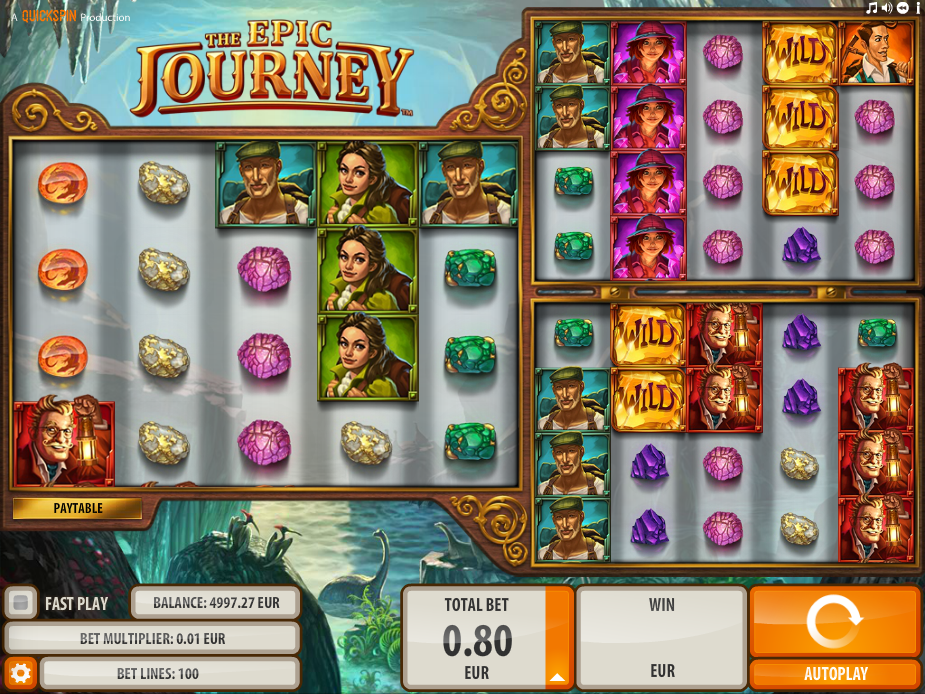 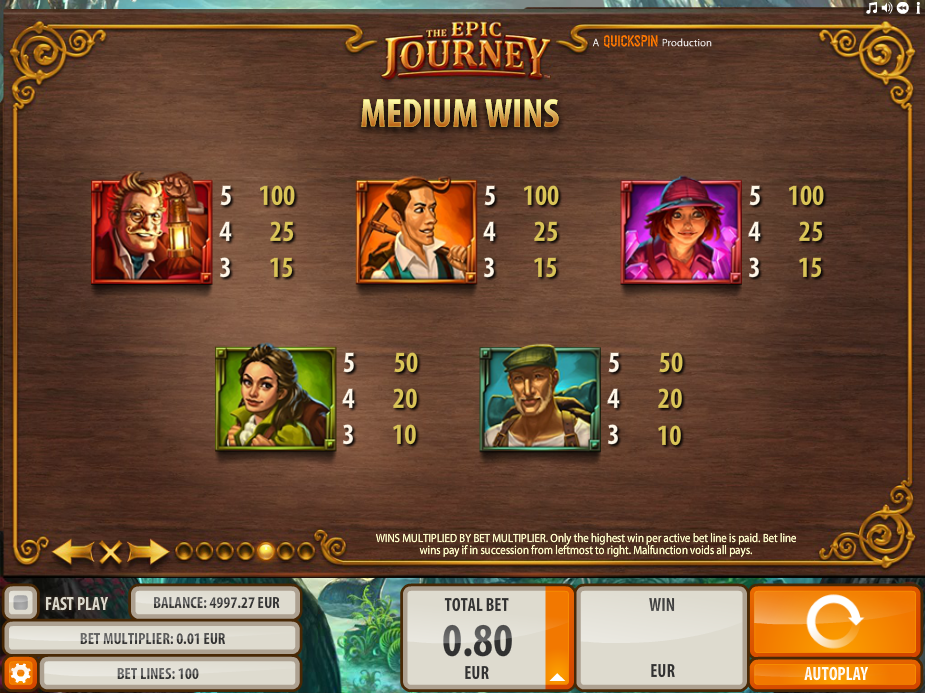 The Epic Journey is the name of  this exciting-looking online slot based on the novel ‘Journey To The Centre Of The Earth’. Written by Jules Verne it recounts the adventures of a group who tunnel their way towards the earth’s core before finding their way back to the surface. This Quickspin game features a non-standard reel structure and a healthy range of bonus features.

The Epic Journey is a five reel slot with four rows and one hundred paylines spread over the three reels. The bigger reel set has forty paylines with thirty on the smaller sets on the right hand side. The backdrop to the reels features the subterranean world of dinosaurs and lakes.

Five characters represent the high value symbols and these include the professor, a guy with pickaxe, one with a backpack and two ladies. Five precious stones make up the lower values including our favourite – a piece of amber with a creature frozen inside.

There are two different wild icons – the standard and Volcano Wild – and the bonus symbol is the drilling machine which transports the travellers underground.

This symbol appears on the centre reel of all reel sets and if two or three land in the same spin this feature will trigger. The Volcanoes will erupt and spread more wilds out onto the reels, after which any new wins will be paid out.

This is triggered by landing three of the drill bonus symbols anywhere in view and the first thing to do is pick one of the four rune stones which appear. This will determine which of the following features you receive:

The Epic Journey is an excellent way to spend some time with some great graphics and animations, dramatic sound effects and lots of extra features. The RTP is a decent 96.54%.