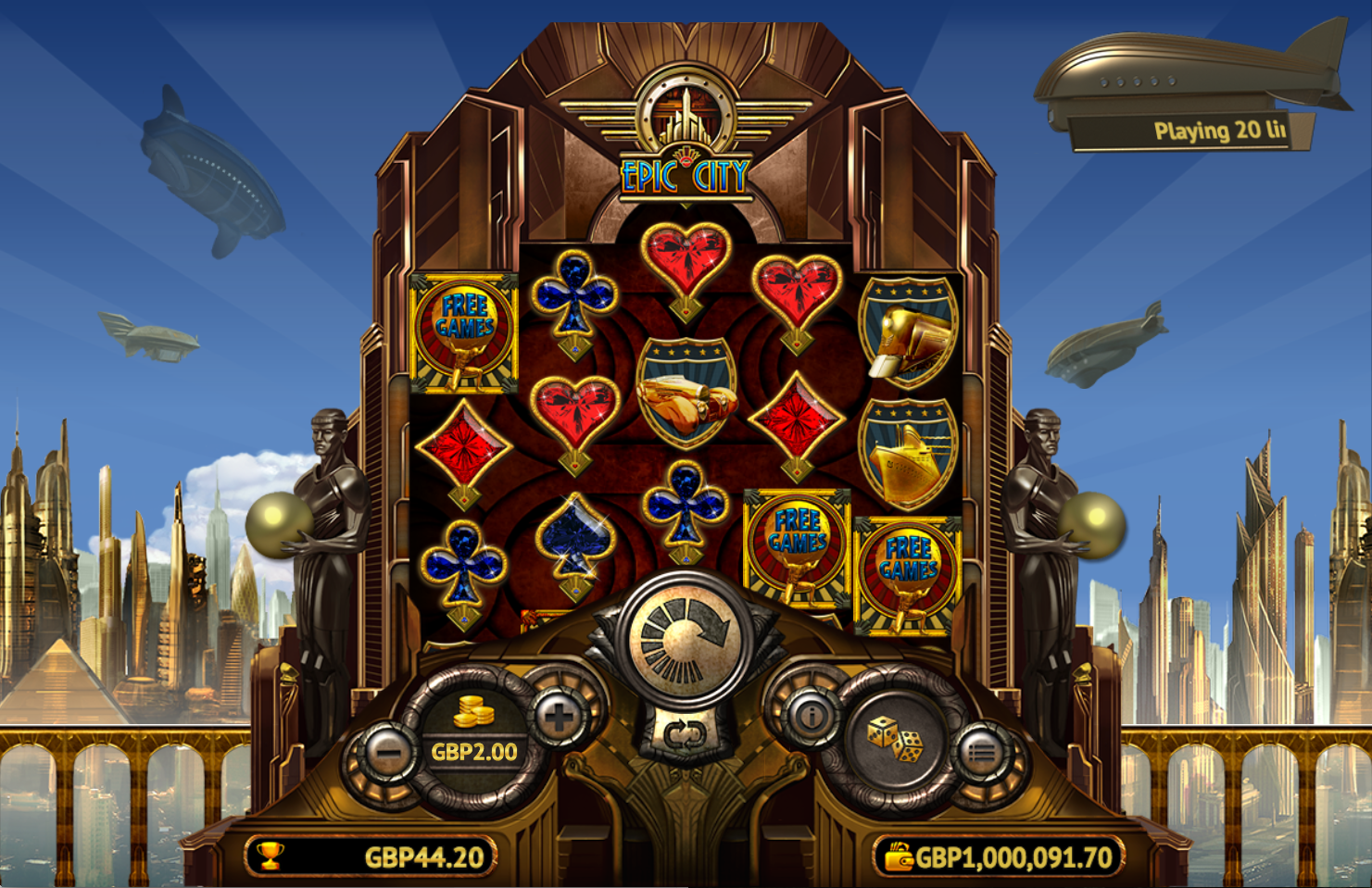 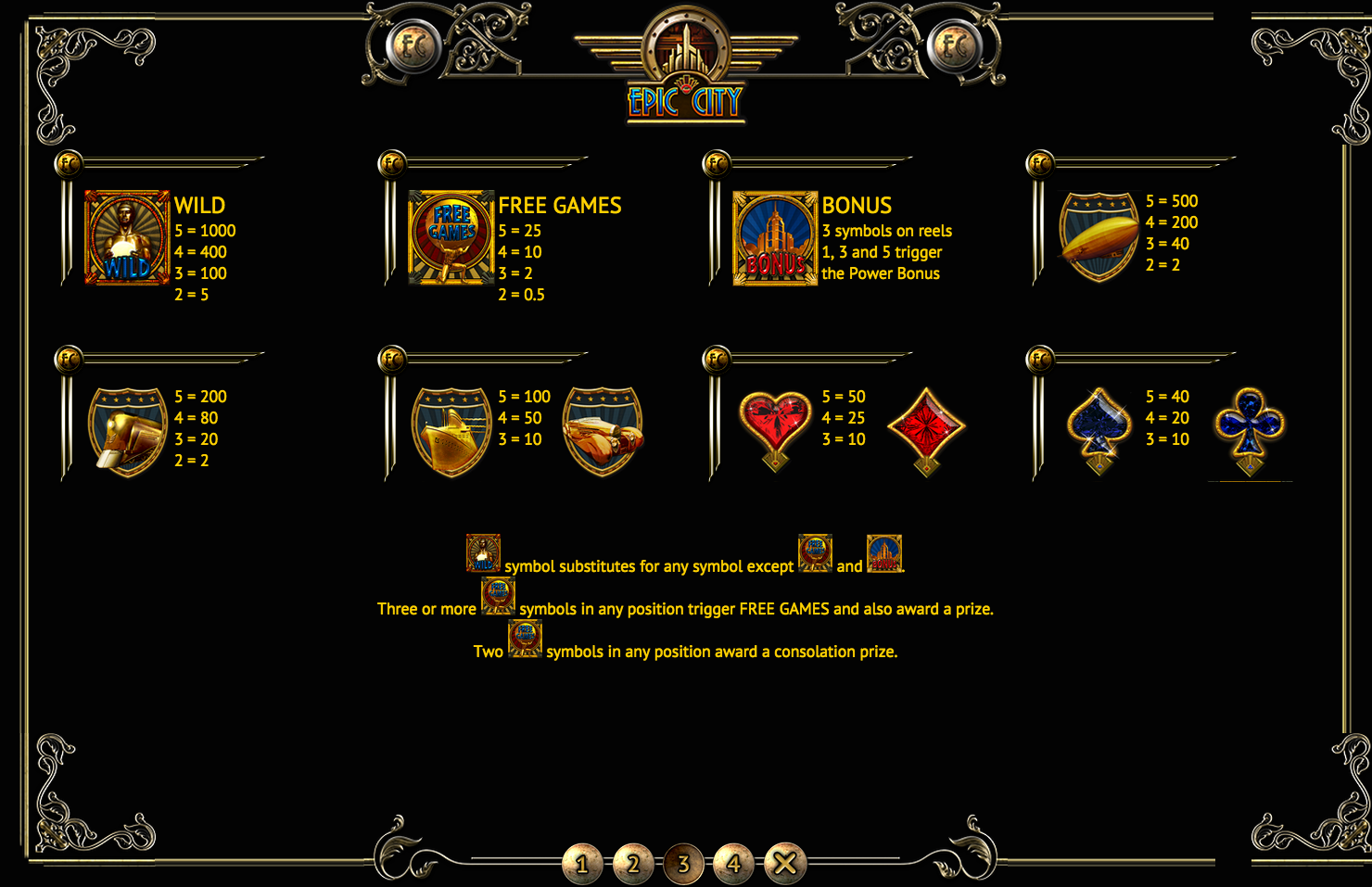 Online slots developed by certain companies often have an individual feel about them and that’s certainly the case with Epic City; it’s designed by Old Skool Studios and it takes place in some sort of fantasy era just before the outbreak of the Second World War. It’s certainly influenced by Fritz Lang’s Metropolis but it also includes two bonus features for our purposes.

Epic City is a five reel slot with three rows and twenty fixed paylines; the reels spin on a huge metallic structure guarded by statues on either side.

The high value symbols all represent futuristic forms of transport and they are al gold – an airship, a train, a ship and a car; playing card symbols make up the lower values.

The wild symbol is one of the statues and it substitutes for all others except the scatters which are a Free Games icon and a golden building.

The spins are triggered by landing three or more of the Free Games symbols anywhere in view for which you will receive:

Initially you will need to spin the multiplier wheel which will award a multiplier of up to 10x for all wins. More spins can be triggered by landing three+ more scatter symbols during this round. The Power Bonus can’t be activated from here.

This feature is triggered by landing three of the golden building scatter symbols anywhere on reels one, three and five in the base game. This is a multi-stage picking game and on each stage the following rewards are available:

There’s an over-arching story behind the bonus game and the task is to restore power to five different areas of the city by progressing through five bonus stages. Prizes increase as each stage is completed.

Gamble any base game win by clicking on the dice below the reels; now pick blue or red on the statues and hope that the wheel lands on your colour.

We like a game with a decent narrative and Epic City certainly has that; it offers something a little different than the usual slots fare along with several bonus features and an RTP of 95.03%.