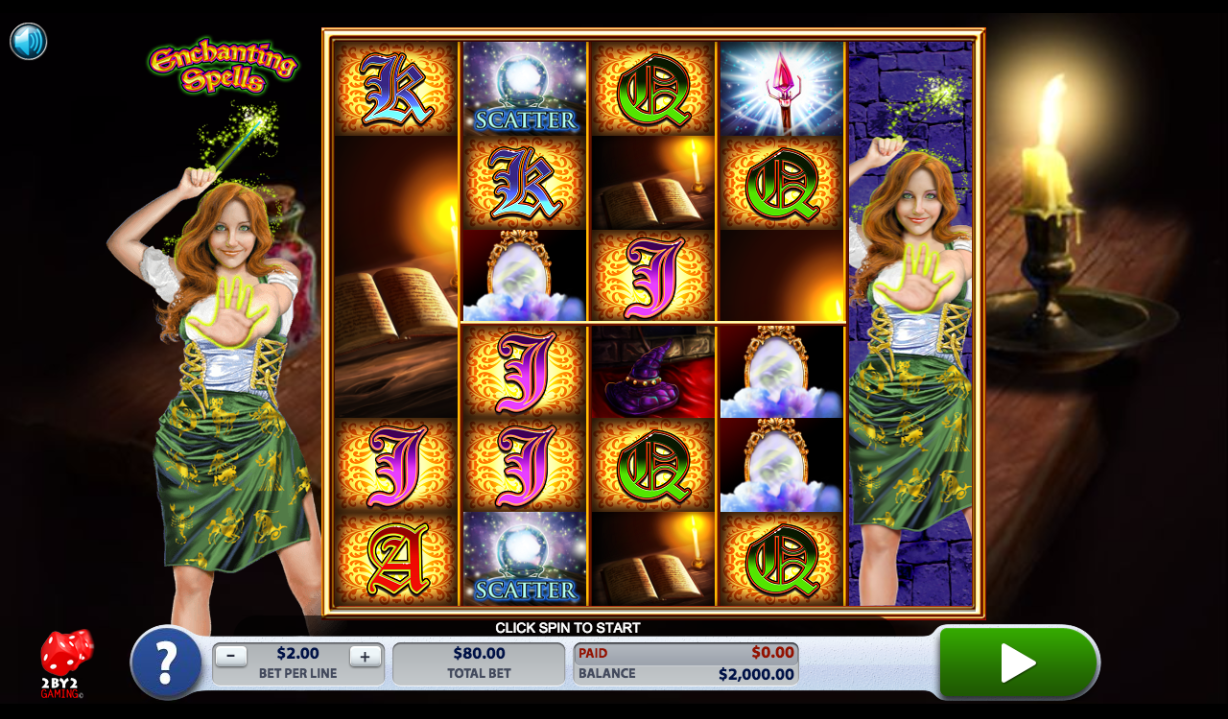 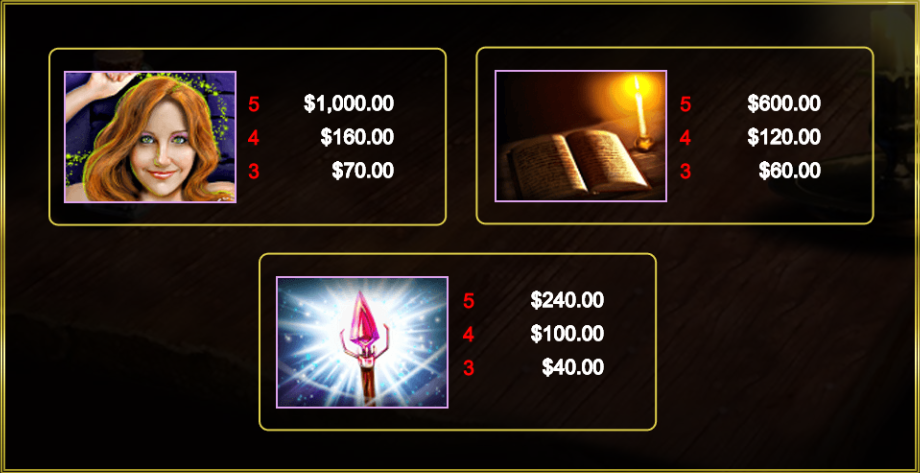 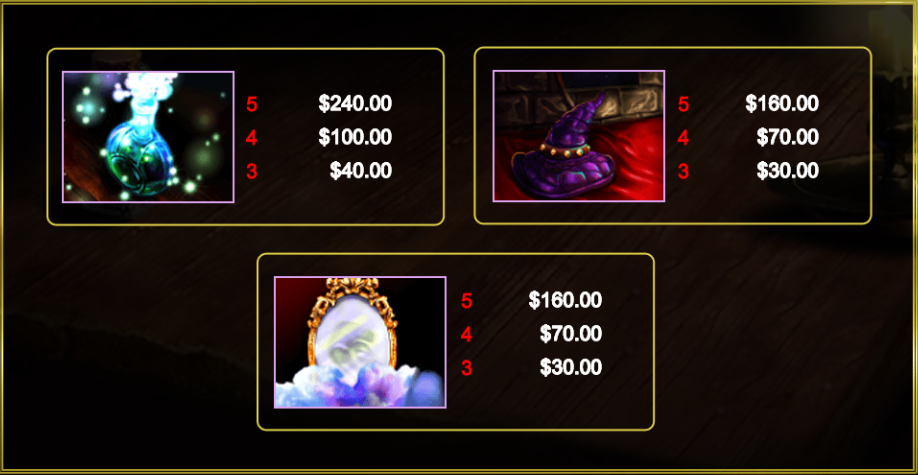 If five reels aren’t enough for you then perhaps you should consider checking out this fantasy-themed online slot from 2By2 Gaming; it’s called Enchanting Spells, it comes with a generous eight reels, lots of free spins and you can find out how it all works below.

Enchanting Spells is an eight reel slot with six rows and sixty fixed paylines and we should begin by explaining how the game works; reels one and eight are six symbols high and occupy the far right and left positions while two/three/four and five/six/seven occupy the top half and bottom half of the three central reels respectively.

There are six high value symbols including the smiling girl, a candlelit book, a glowing staff, a billowing potion, a magic mirror and a purple wizard’s hat; 10, J, Q, K and A are the lower values. All the high value symbols can appear stacked on the reels but the wizard and the girl are the only ones which can be six positions high rather than three.

The wizard is the wild symbol, he appears only on reels one and eight and he’ll substitute for all others to form winning combos except for the crystal ball scatter icon.

This is triggered whenever a full stack of wizard’s appears on reels one or eight during the base game or free spins; all book symbols in view will now become wild symbols also and any new payouts will be evaluated.

This is triggered by landing at least three of the crystal ball scatter symbols anywhere in view for which you will receive:

Initially you will be asked to pick one of three crystal balls to reveal one of the following free spin features:

More spins can be triggered during this round by landing three or more scatter symbols.

Enchanting Spells is a quite an unusual slot with an innovative payline structure and some clever bonus features; it creates a nicely magical atmosphere and it comes with an RTP of 96.03%.