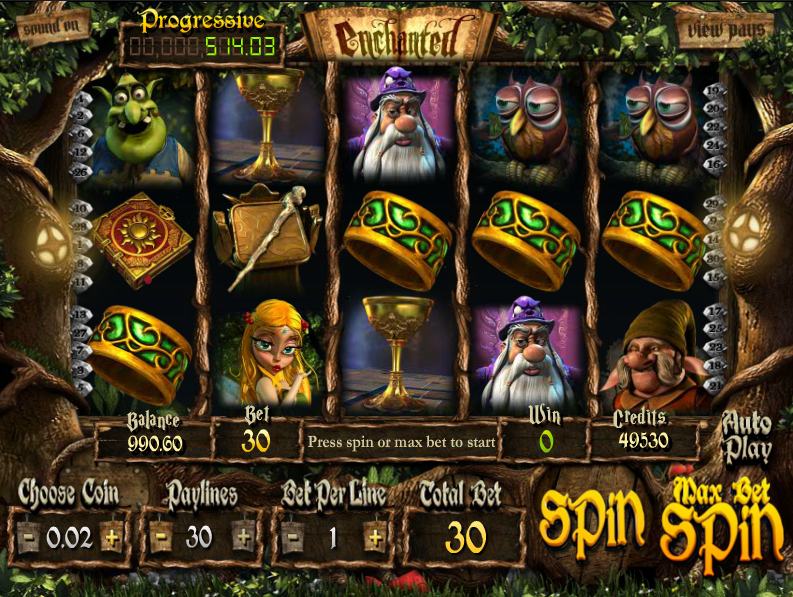 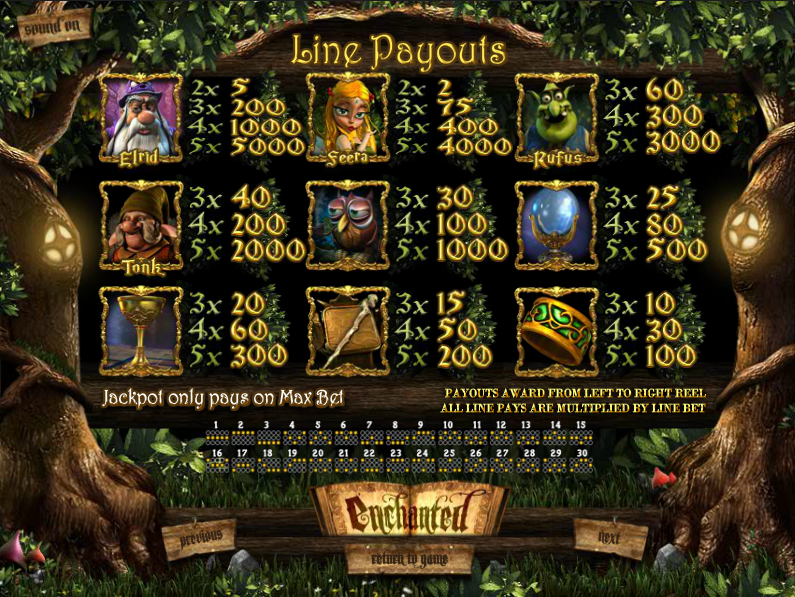 According to Betsoft Gaming we have ‘entered a world of mysterious lights, suspended in stardust where fairies take flight and wizards create magic to brighten the way for the ogres and fairies to romp and play‘ – that all sounds nice, this game is called Enchanted and it’s full of bonus features which are explained below.

Enchanted is a five reel slot with three rows and up to thirty paylines; those reels spin within a wooden frame which is sited between two gnarled trees, lit from the inside.

The symbols are all related to the theme and include four characters from this story – Elrid, Feera, Rufus and Tonk, an owl, a crystal ball, a gold cup, a wand and a ring.

There is no wild symbol but there are several bonus icons including the golden key, the wizard’s hat and the spellbook.

This is triggered by landing three or more of the spellbook bonus symbols on an active payline; you will be awarded ten free spins spins and during this round if you can land the Enchanted symbol in the centre of reel three, extra bonuses will be awarded. This round can’t be retriggered.

Trigger this by landing two or more of the purple wizard’s hat anywhere in view; the hats will now transform into wild symbols and up to three respins will be awarded.

When a total of three gold keys have landed on reel five this feature will be triggered and it’s a picking game which will result in a prize win.

Trigger this by landing Feera and Rufus side by side on a payline; this is an interactive game in which you must drop spells on the ogre who has stolen the birdie. Three successful hits will turn the ogre into a frog and you will win cash prizes accordingly.

Enchanted lives up to the usual high standard of Betsoft’s 3D slots and it has an impressive range of bonus features to enjoy. Enjoy the Shrek-like fantasy of this sophisticated game.