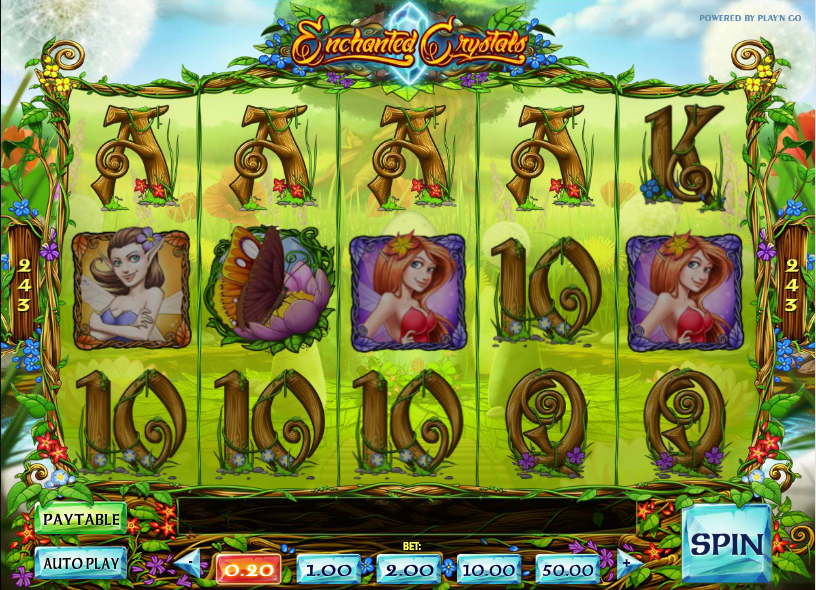 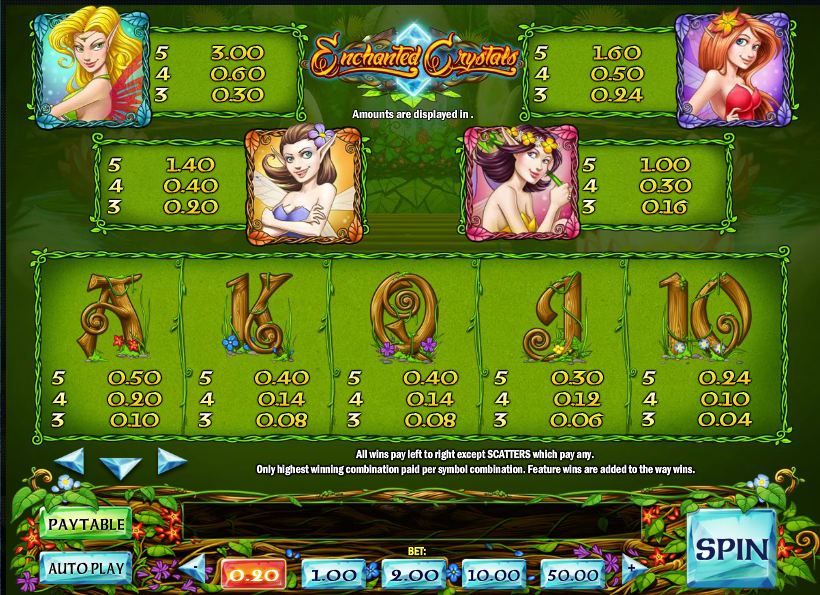 Fairies, crystals and other forest creatures are the theme of this brand new online slot from Play N Go; it’s called Enchanted Crystals and it joins a growing list of quality releases from this particular company. This game features a number of separate bonus features to complement it’s good looks so read on to find out more.

Enchanted Crystals is a five reel game with 243 ways to win; there are no choosable paylines – you can make a winning combo by having matching symbols in adjacent reels starting from left to right. Everything takes place in some sort of mystical forest landscape.

Four fairies comprise the four main symbols – the blonde one is the most valuable and worth 15x your stake for five on the reels. 10, J, Q, K and A make up the lower values and they are carved in wood.

The wild is a rotating blue crystal and there are two bonus symbols – the Goblin King and the butterfly – which trigger their own mini-games.

The blue crystal wild only appears on reels two, three and four but when it does it expands to fill the entire reel. You will now receive one respin with the wild remaining in place. It’s possible to land two or three wilds simultaneously  for which you will receive two or three respins respectively.

Three or more of the butterfly symbols in view will trigger ten free spins which will start automatically. Five butterflies will flutter about during each spin and a random number of them will land on the reels, changing that symbols to a wild and hopefully increasing your potential wins.

It’s possible to re-trigger up to fifty spins by landing more butterflies.

The Goblin King appears on reels one, three and five and landing three of him will kick off this mini-game. Your task is to guide the fairy through a succession of doors to try and reach the crystal and the big prize. If the King spots you the round is over.

This is a lovely looking game which upholds the standards of other recent Play N Go releases; the graphics and animations are good and the three bonus features mean there’s lots to keep us interested.