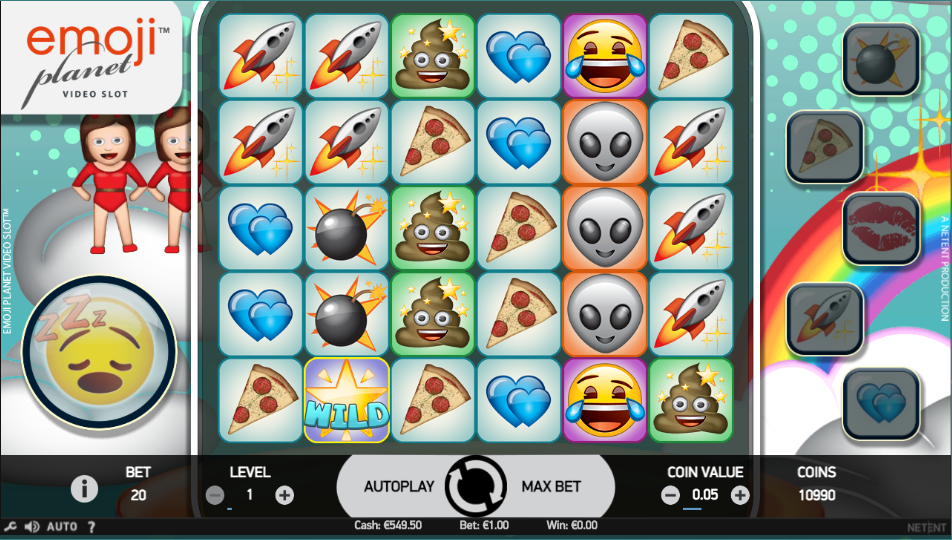 To coincide with the release of The Emoji Movie in the summer of 2017 Net Entertainment have developed an emoji-themed online slot machine which celebrates all those little descriptive pictures we like to add onto the end of messages; it’s called emojiplanet and you can find out how it all works below.

emojiplanet plays out on a 6 x 5 grid and the gameplay involves cascading reels with the aim to form clusters of five or more matching symbols connected horizontally or vertically; those symbols involved will disappear to be replaced by more falling in from above with the chance of more clusters to be formed.

The symbols are of course all emojis and they include one laughing, an alien, a turd, a rocket, some lips, a slice of pizza, a bomb and a pair of blue hearts.

The wild symbol is a big gold star which will substitute for all others to form winning combinations. 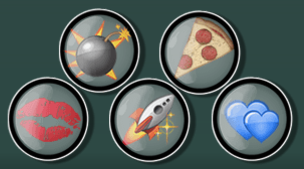 The symbols to the right of the reels are meters and these are filled by landing clusters of that particular icon during a single spin. More than one bonus can be activated per spin and more than one instance of each bonus may be triggered; they award the following features:

emojiplanet is a very enjoyable slot with lots to recommend it including some amusing graphics and animations, some odd sound effects and some easy-to-trigger bonus features; it comes with an RTP of 96.40% and is one to recommend.