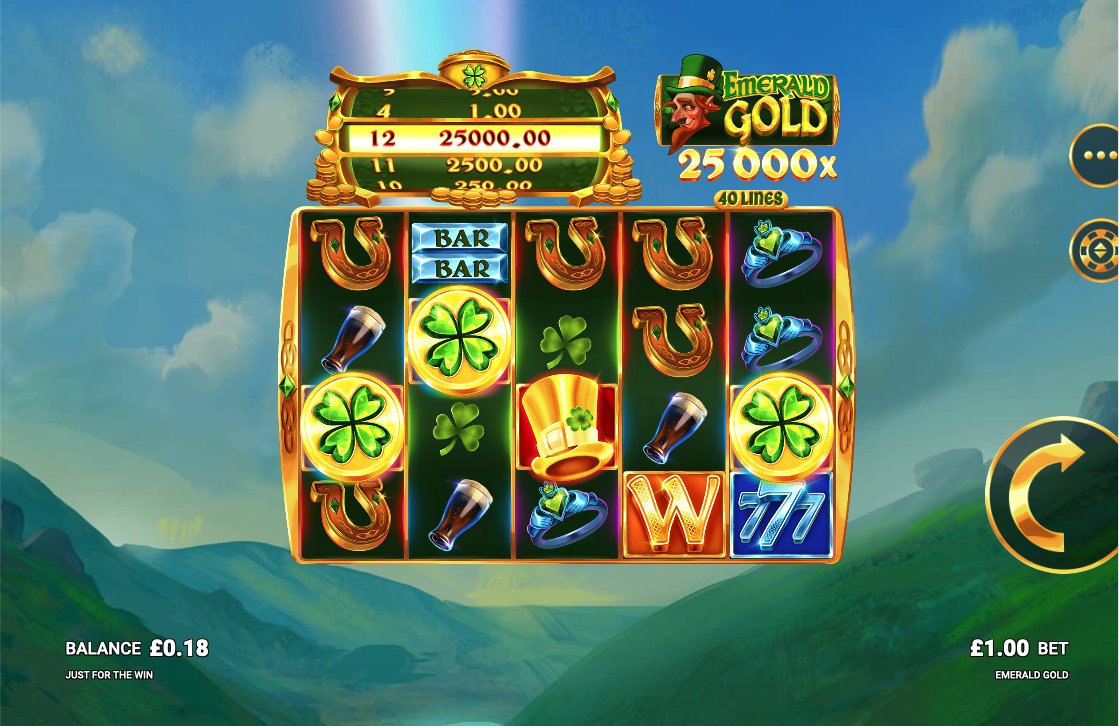 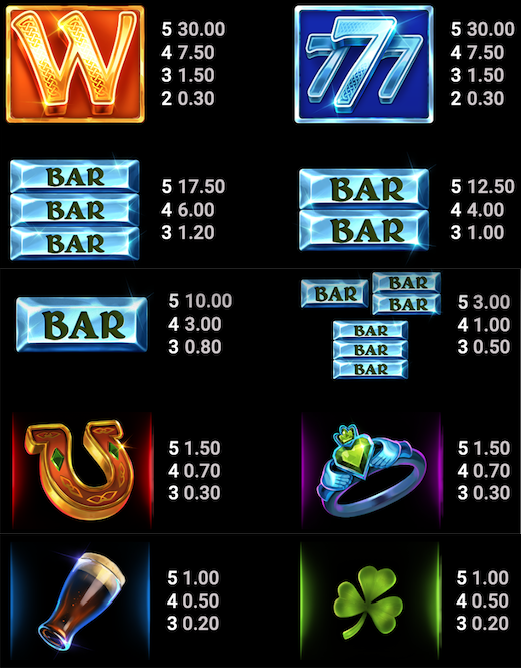 What’s this? An online slot themed on Ireland and with some realistic Irish weather? Well almost – at least there’s no unlikely bright sunshine in Emerald Gold, this release from Just For The Win; what it does have however is a jackpot prize of 25,000x and a free spins feature.

Emerald Gold is a five reel slot with four rows and forty fixed paylines; those golden reels float above a valley which looks as though it benefits from regular rainfall. The jackpot prizes revolve slowly on a spinner at the top of the screen.

Higher value symbols include the silver sevens and single/double/triple bars (which can payout as mixed symbols); in an unusual twist the theme-related symbols such as horseshoes, rings, four leaf clovers and pints of Guinness are the lower values. The big ‘W’ is wild and the special symbols are the golden leprechaun’s hat and the four leaf clover gold coin.

Landing at least four of the clover gold coin scatter symbols anywhere in view to grab one of the jackpot prizes shown on the spinner above the reels:

This is triggered by landing three of the golden leprechaun hats anywhere on reels two, three and four and during this round you’ll be trying to collect the clover scatter symbols; each time a clover lands and is collected the number of spins will be reset to three again. When the spins are over (or if twelve scatters have been collected) then the scatter payout is made and the round is over.

Emerald Gold is a classy and entertaining addition to the many Irish-themed slots already out there; it’s all based around the scatter wins and those golden clovers seem to land regularly enough to keep things interesting.