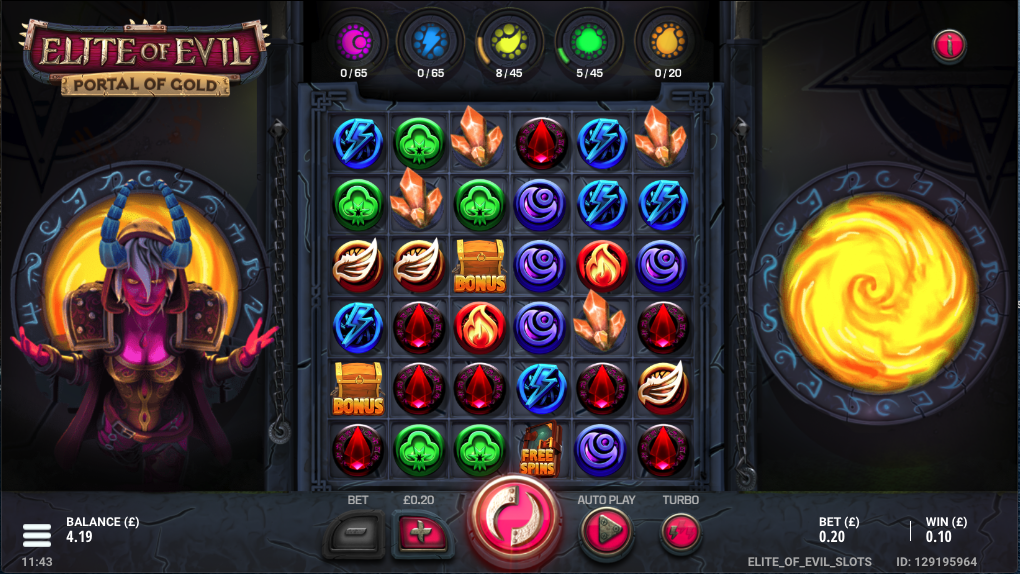 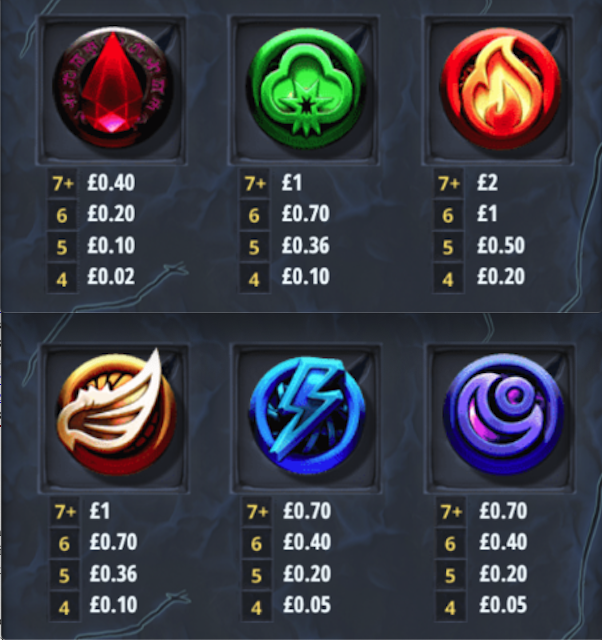 Join us now as we embark on a journey into a fantasy world where bosses have to be defeated and prizes need to be won; this is Elite Of Evil – Portal Of Gold, an online slot from Gamevy with free spins, cascading symbols and a picking round.

Elite Of Evil – Portal Of Gold plays out on the grid shown above and your task is to create horizontal and/or vertical clusters of at least four matching symbols; these will then disappear and be replaced by more falling in from above, continuing the process until there are no more matches.

The six symbols are a variety of elemental-looking icons in various colours – dark red, green, light red, gold, blue and purple; the special symbols are the shard, the Free Spins and the treasure chest.

Trigger this by landing a combo of four, five, six or seven chests for which you’ll receive 2, 3, 4 or 5 picks of the treasure chests respectively.

Landing a combo of four, five, six or seven shards will cause them to explode, destroying themselves and any adjacent symbols.

This is triggered by landing a combo of four, five, six or seven Free Spins symbols which will earn 12, 14, 18 or 22 free spins respectively; there’s a win multiplier which increases by 1x with each successful cascade.

The five meters above the reels are filled by landing corresponding symbols on the reels and when one is completed you’ll travel to a new realm and get to spin the Jackpot Wheel – you’ll get to win one of the prizes shown below depending on which boss you’ve beaten. The free spins can also be activated from this round.

There’s lots to like about Elite Of Evil – Portal Of Gold from the fantasy atmosphere to the cascading symbols (one of our favourites) and several clever and potentially lucrative bonus rounds; try it, you won’t regret it!