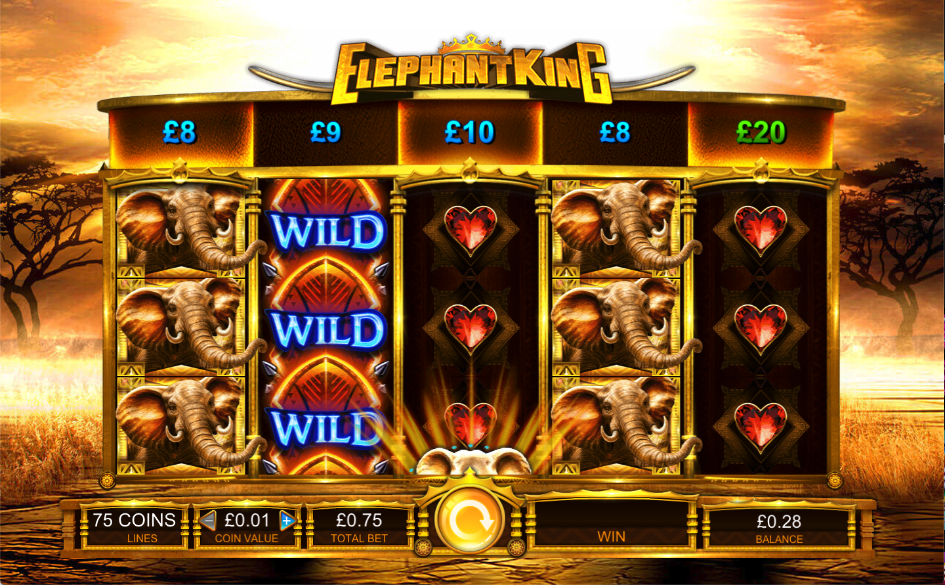 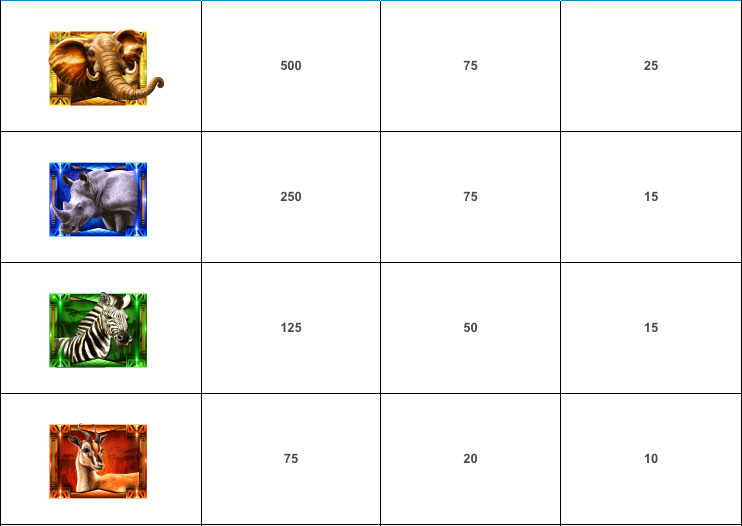 Is the elephant the ultimate king of the jungle? Quite possibly but this giant creature is certainly worthy of an online slot machine in his honour – this one’s called Elephant King, it’s developed by IGT and it comes with plenty of free spins and the golden disk feature.

Elephant King is a five reel slot with three rows and forty fixed paylines; those ornate reels float in front of a stunning view of the sun setting over the African savannah while a pulsating tribal soundtrack keeps things ticking along. The prize row above the reels moves one position to the left on each spin and it’s related to one of the features explained below.

The high value symbols include the elephant, the rhino, the zebra and the deer while the lower values are represented by coloured gems in the shape of playing card symbols.

The spear/shield combo is wild, it appears on reels two, three and four and it will replace all others to help form winning combos except for the golden disk bonus symbol.

The golden disk appears on reels one, three and five and when it does it will win whatever is in the prize row directly above it – this can be a cash prize or free spins.

It’s possible to land three disks on any particular spin and each free spins trigger will award ten spins; if you do win some spins then the prize row will contain an ‘extra spins’ gift during this round which awards two extra spins. The golden disks appear on all reels in this feature.

Elephant King is a slot which creates a lovely atmosphere with its setting sun and great musical accompaniment; it also features a clever bonus mechanism which can award some big prizes for the more fortunate players. The RTP is 94.93%.