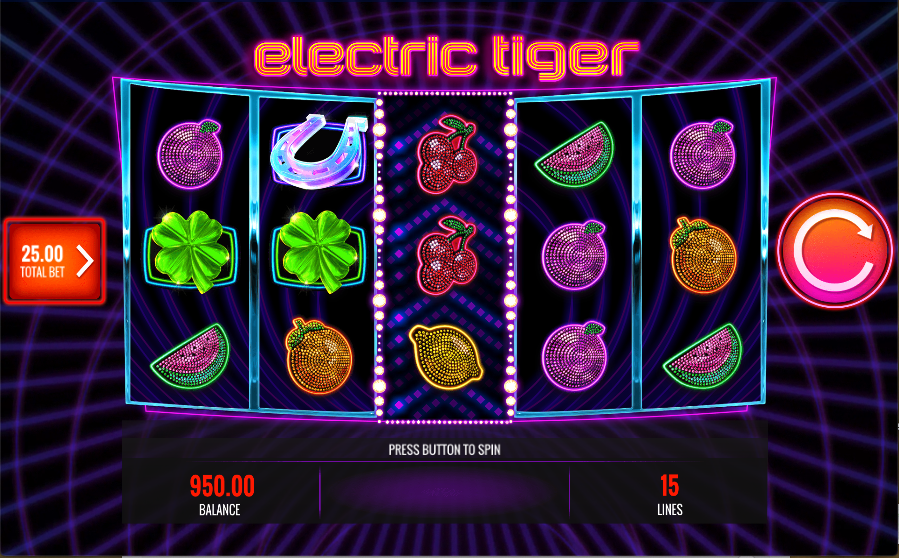 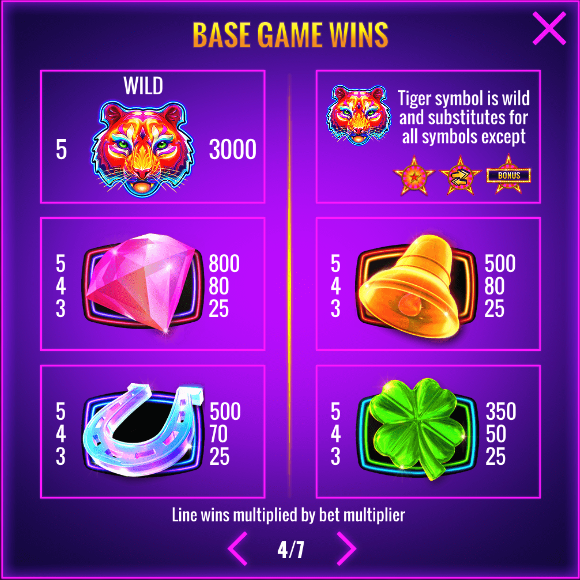 Some online slots are based on themes which seem to be a bit of a mystery and we would say that’s the case with Electric Tiger; it’s a game from IGT which includes jewels, animals and sparkling electronics and you can find out how it all works below.

Electric Tiger is a five reel slot with three rows and fifteen fixed paylines; a cheering crowd welcomes you to the reels after which an electronic soundtrack will keep you company. There’s plenty of neon on show and the reels spin against a slowly rotating backdrop.

The higher value symbols include a diamond, a golden bell, a silver horseshoe and a four leaf clover; the lower values are all jewel-encrusted fruit – an orange, a plum, a watermelon slice, a lemon and a strawberry;

The tiger is wild and he will replace all others to help form winning matches except for the three bonus symbols.

This is triggered by landing the star (on the right) anywhere on reel three; just press ‘Start’ to determine which of the following two features are awarded:

The wild tiger will expand to fill its entire reel every time it appears.

Electric Tiger is a bit of an odd fish but it’s not an unenjoyable slot and it mostly revolves around the Gateway Bonus; the negatives are that the soundtrack can get irritating quite quickly and there’s a slightly low RTP of 94.27%.