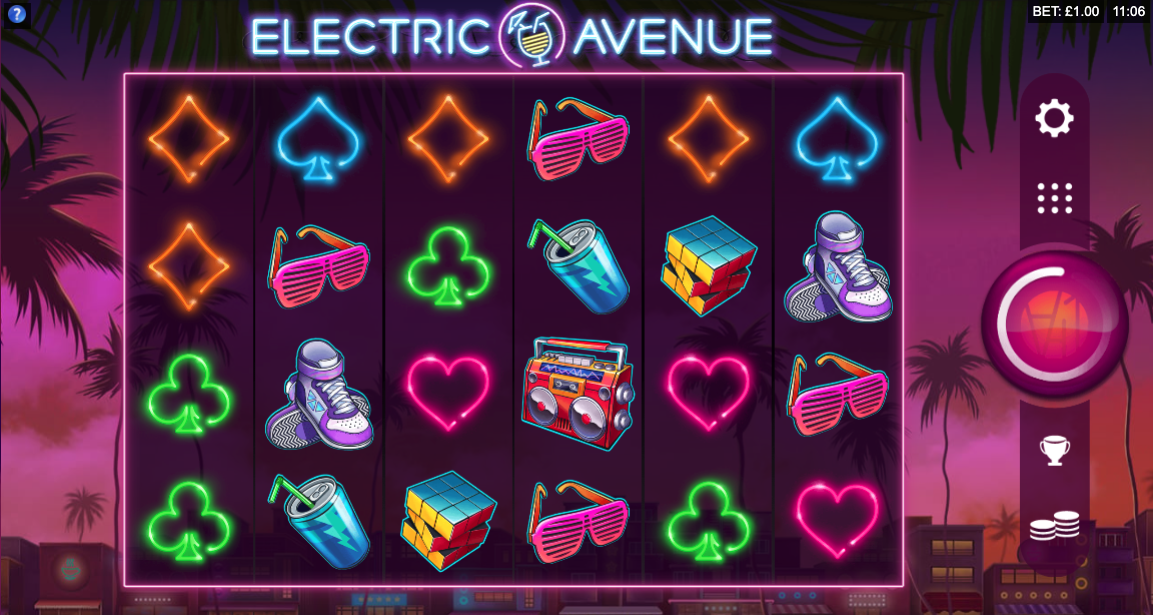 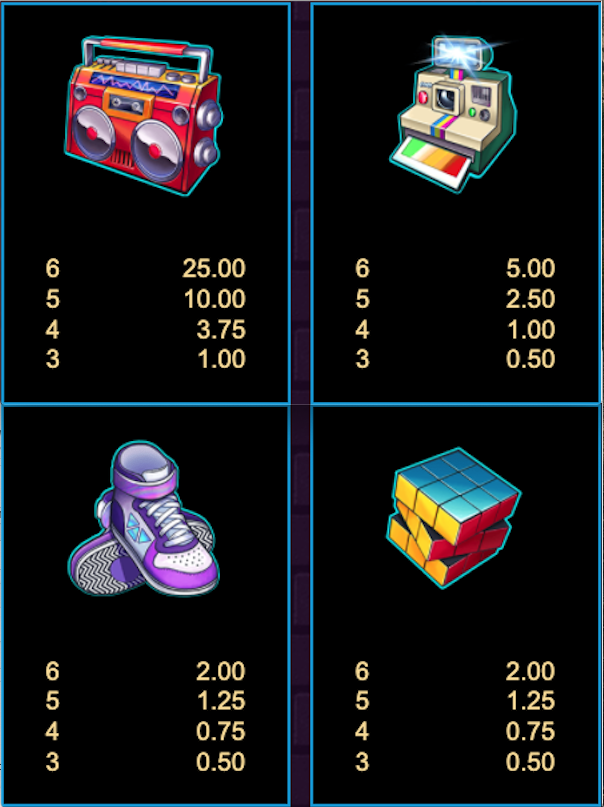 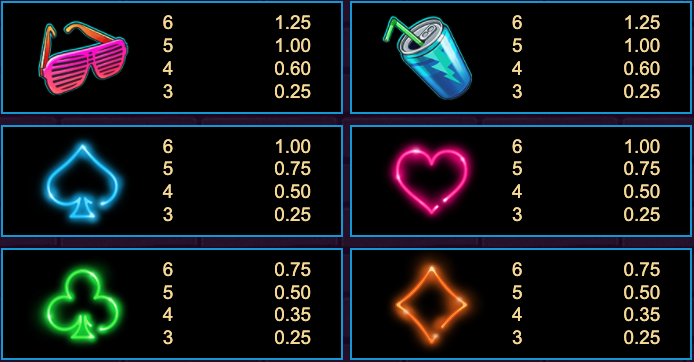 It’s time now to head back to an era of pastel, neon and terrible music as we check out Electric Avenue, this retro-themed online slot from Microgaming/All41 Studios; it offers players a wild reels feature along with two free spins modes for your pleasure.

Electric Avenue is a six reel slot with four rows and 4096 ways to win – this means there’s no payline structure and wins can be formed as long as there are matching symbols in adjacent reels starting from the left hand side. Behind those neon-framed reels the sun is over the palm trees and low rise waterfront.

High value symbols include the ghetto blaster, the polaroid camera, the pair of giant trainers, the Rubik’s Cube, the sunglasses and the can of pop; neon playing card symbols in blue, pink, green and orange make up the lower values.

Reels two, three, four and five contain stacked character wilds which will replace all standard symbols to help form winning combos; those wilds also come with multipliers depending on which reel they’re on – reel two is 2x, reel three is 3x and so on. The Delorean car is the scatter symbol. 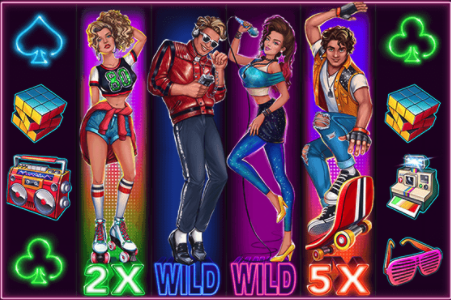 Landing at least three of the Delorean scatter symbols anywhere in view will trigger the free spins and there are two options from which to choose:

The 1980s may have been a cultural desert but Electric Avenue looks back fondly on this era with plenty of fast-moving neon action, two types of free spins and those stacked character wilds – maybe the 80s weren’t that bad after all.