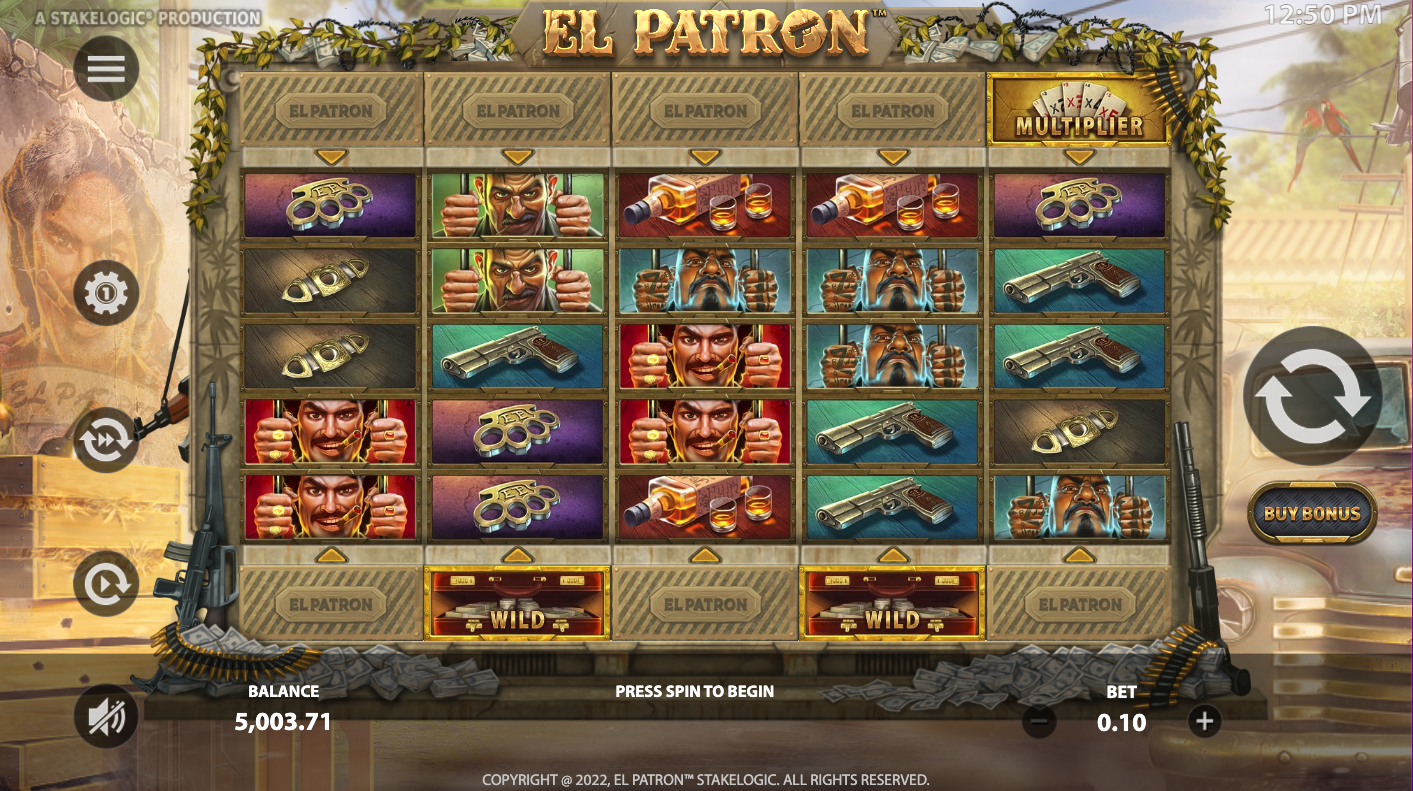 In some dusty Mexican town we are lucky enough to be the guests of El Patron, the main character and criminal boss in this online slot from Stakelogic; this is an all-action affair with guns, guards and alcohol galore along with free spins and the action areas above and below the five initial rows.

El Patron has five reels, five rows and 3125 ways to win and those reels spin in some military camp where guns, piles of cash and pictures of the glorious leader. Traditional Mexican music sets the scene for the upcoming gameplay.

All the symbols are related to the theme and include three dodgy-looking chaps behind bars, a bottle of alcohol, a pistol, some knuckledusters, a cigar and some other pretty violent-looking object we can’t quite identify. There are no wild symbols in the base game but there’s a scatter in the shape of a golden bullet.

Landing at least three of the bullet scatter symbols anywhere in view will award twelve free spins and the action reels are a little different in this round with just the Machine Gun symbol on the top row and regular, multiplier ands sticky wilds on the bottom. When they align above and below the following outcomes are possible: