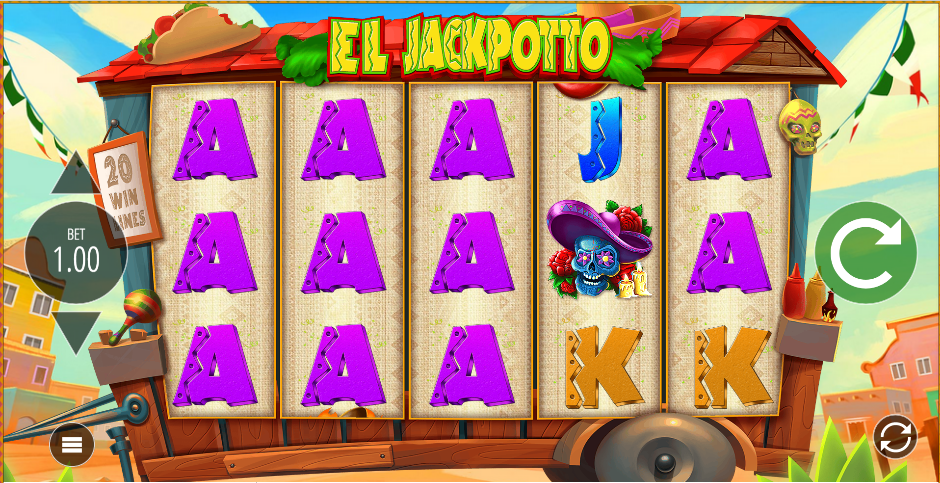 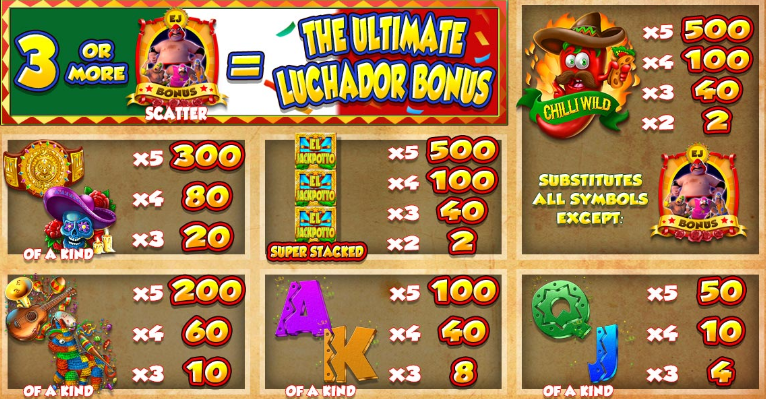 The strange world of Mexican wrestling is the setting for this online slot machine from Blueprint Gaming and if you’re a fan of this activity you may already have played Thunderkick’s Luchadora which is based on a similar theme. Anyway this one’s called El Jackpotto and you can read all about it’s many features below.

El Jackpotto is a five reel slot with three rows and twenty fixed paylines; those reels spin on the side of a red-roofed caravan (presumably part of the travelling show) while there’s a peaceful-looking Mexican landscape in the background. 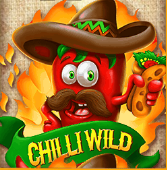 The higher value symbols include the game’s logo,  champion’s belt, a pinata, some musical instruments and a Day of the Dead-inspired blue skull; J, Q, K and A make up the lower values.

The cheerful chilli pepper is wild and he’ll substitute for all others to help form winning combos except for the masked wrestler (El Jackpotto) bonus symbol. 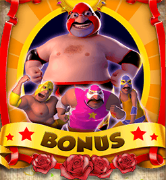 This is triggered by landing three or more of the wrestler bonus symbols anywhere in view and you will now get to spin a Wheel of Fortune which will reveal one of five bonus features. Triggering the round with four wrestlers will remove the weakest feature (Spank That Ass) and triggering with five will take you straight to the best (Big Money Bonus).

When the feature is triggered and selected you may also gamble to try and reach a better one, or a cash prize.

In addition to the main bonus there are also the following which are randomly activated:

The excitement and colour of Mexican wrestling fits an online slot very well and El Jackpotto is a game which delivers in terms of playability and longevity; there’s a huge range of enjoyable features and an RTP of exactly 96.00%.