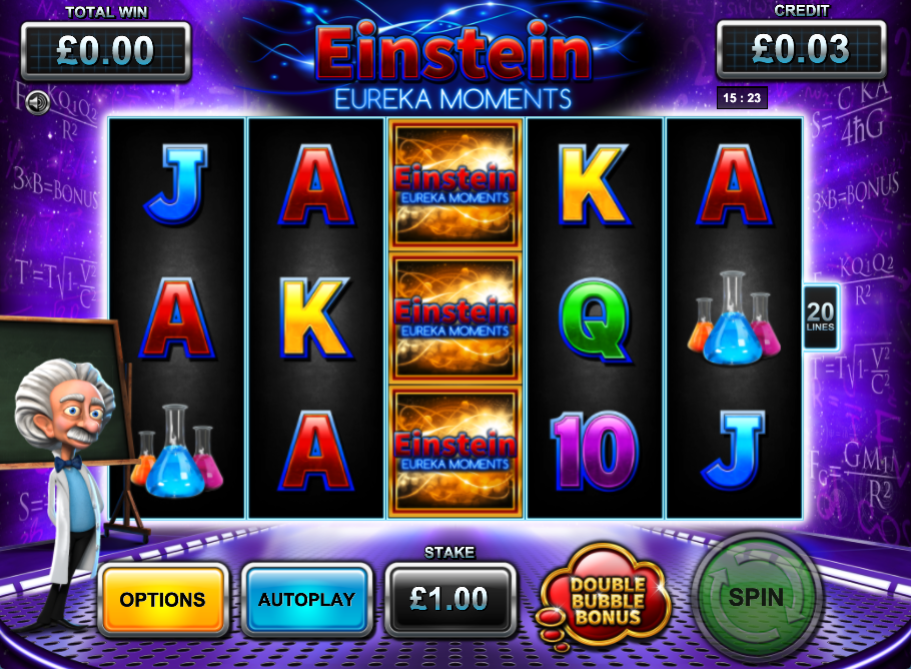 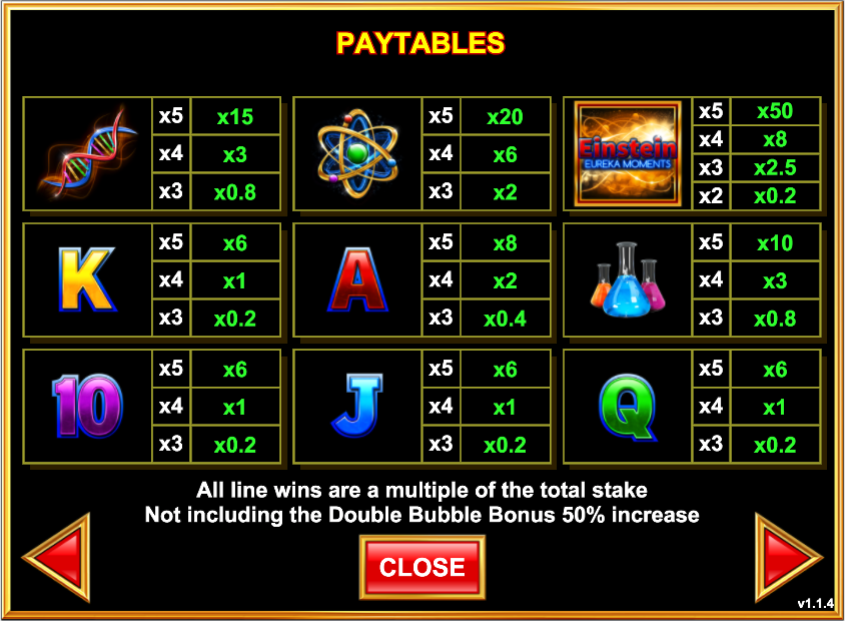 Albert Einstein may not have been the one who uttered the phrase ‘Eureka’ (that was Archimedes) but he was certainly responsible for the Theory of Relativity, among other extraordinary scientific achievements and so Einstein Eureka Moments is a perfectly valid title for this online slot machine from Gameiom – it has a plethora of bonus features and you can read all about them below.

Einstein is a five reel slot with three rows and twenty fixed paylines; our wild-haired protagonist stands to the left of the reels, overshadowed by complex, slot-themed equations floating in this futuristic laboratory.

The four high value symbols include the game’s logo, a close up of an atom, a double helix and some multicoloured vials; 10, J, Q, K and A represent the lower values.

The wild floats within an electric sphere and it will substitute for all others to help form winning combos except for the Einstein bonus symbol.

This is triggered by landing at least three of the Einstein bonus symbols anywhere in view and the man himself will now select one of four features as follows:

The following three features can be awarded randomly on any spin:

This is an optional extra bet costing an extra 50% of your stake which means that you will win two of Einstein’s Bonuses when that feature is triggered.

Einstein Eureka Moments is an enjoyable slot which includes cameo appearances from a variety of famous scientists and mathematicians (but not Archimedes); there are loads of bonus features to trigger, some great reel modifiers and an RTP of exactly 95.00%.