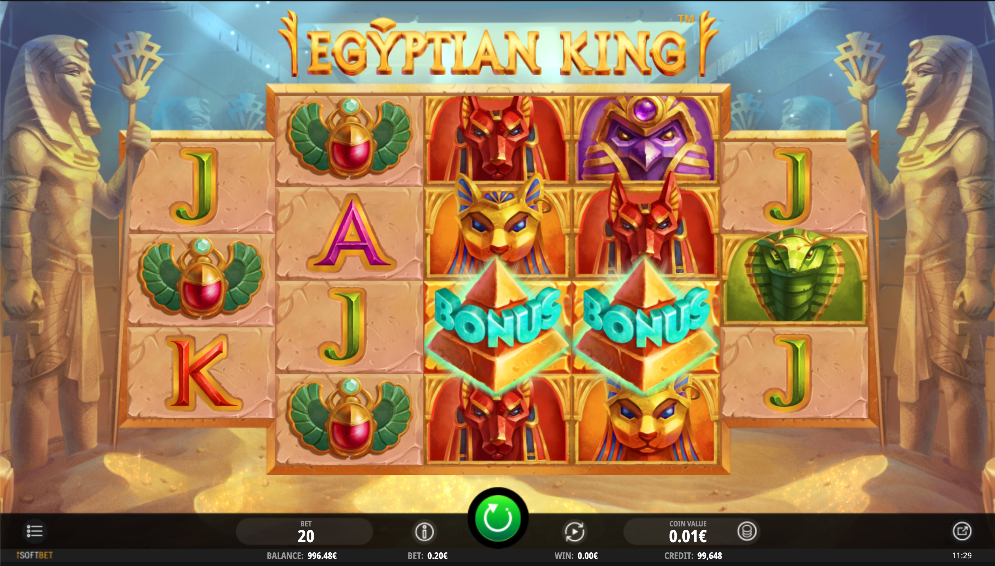 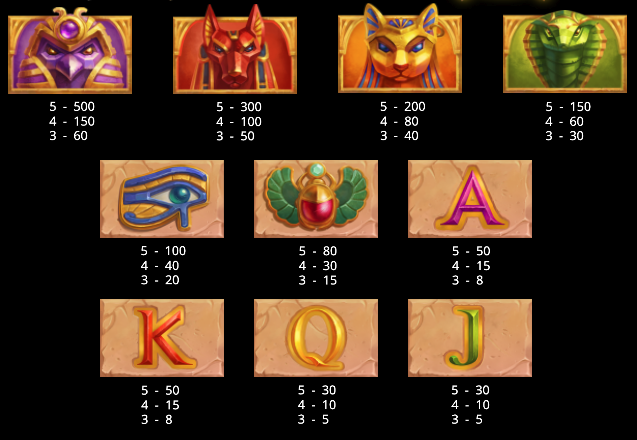 A trip into the treasure-laden tombs of some Egyptian king await those players brave enough to try out this online slot machine from iSoftBet – it’s called Egyptian King and it offers free spins with golden wild symbols, Pharaoh respins and random wilds.

Egyptian King is a five reel slot with three/four rows and twenty fixed paylines; those reels are flanked by large statues, ankle deep in the accumulated sand of this centuries old tomb.

Four stylised masks representing various Egyptian gods along with the Eye of Ra and the scarab beetle make up the higher value symbols while J, Q, K and A are the lower values. The Pharaoh is wild and it will replace everything except for the bonus pyramid and the amulet to help create winning combinations.

Landing three of the bonus pyramids anywhere on reels two, three and four will award ten free spins which can’t be retriggered; Golden Wilds are now active and whenever they appear they’ll lock in place until the round ends. That’s not all though because they’ll apply a multiplier of up to 3x to any wins and they’ll also remove the lowest symbol from the reel set. Last but not least a Golden Wild landing on the final spin which award one more!

This is triggered by landing the amulet on reels one and five in the base game only and you’ll receive three Pharaoh Respins which extra wilds added to the reels; those wilds may also have multiplier values up to 3x attached. The wilds will stay on the reels but move around after each spin.

On any spin at least three wild symbol may be added to the reels.

There’s lots going on in Egyptian King and that’s always a good thing as far as we’re concerned – we particularly like the free spins which should help contribute to a winning visit to the Valley of the Kings for the luckier players.