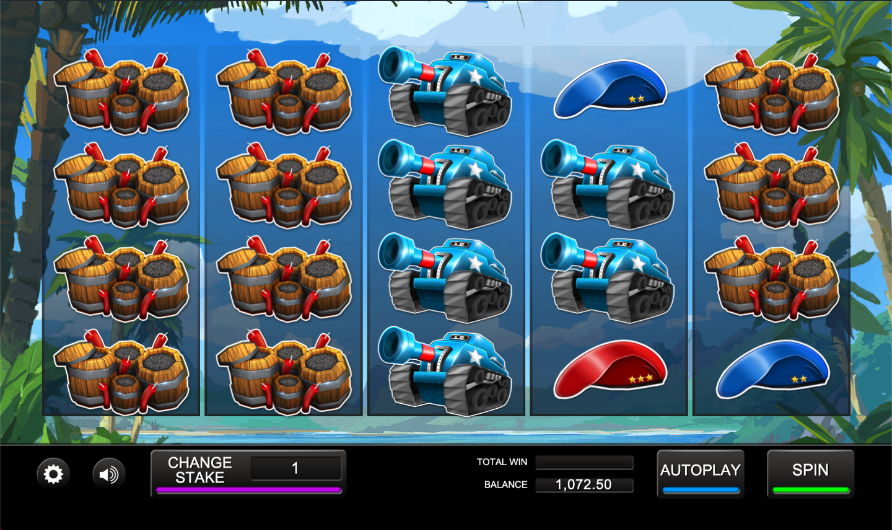 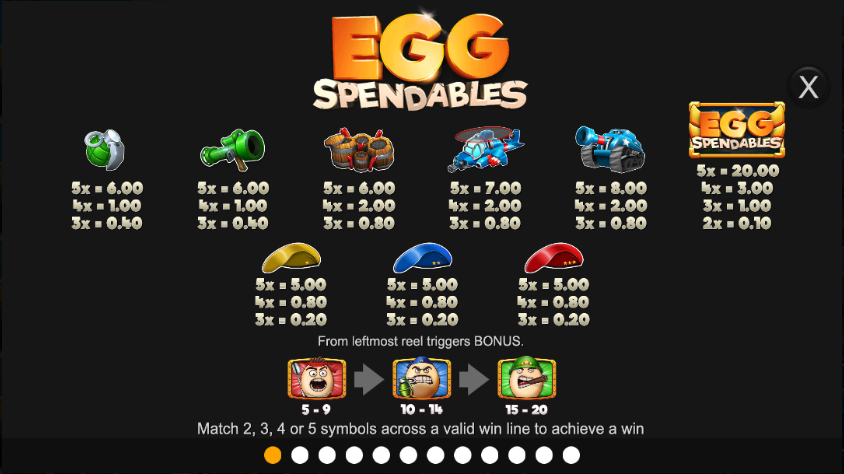 If you need to sort out a problem in some far flung country but you don’t want the trail to lead back to you then maybe it’s time to hire the Egg Spendables; they’re the ovate heroes of this online slot from Inspired Gaming and they each a offer a themed feature for your pleasure.

Egg Spendables is a five reel slot with four rows and twenty fixed paylines; a peaceful-looking (but probably wartorn) tropical beach surrounded by mountains makes up the backdrop to those colourful reels.

The symbols are all related to the theme and include the games’ logo, hand grenades, rocket launchers, helicopter gunships, tanks and some explosives; berets in yellow, blue and red make up the lower values.

The sergeant is the bonus symbol in this game.

On each spin a number of mystery symbols appear on the reels which transform into matching standard symbols when the spin stops; sometimes they may lock in place and award a respin after which any additional mystery symbols which continue the process.

The three main bonuses are triggered by landing the following number of bonus symbols on adjacent reels starting from the left hand side:

Egg Spendables is a slot which may be themed on war but there’s not too much misery here – it’s actually pretty cheerful, colourful and it comes with a bonus feature which is a little tricky to trigger but worth it when you get there.