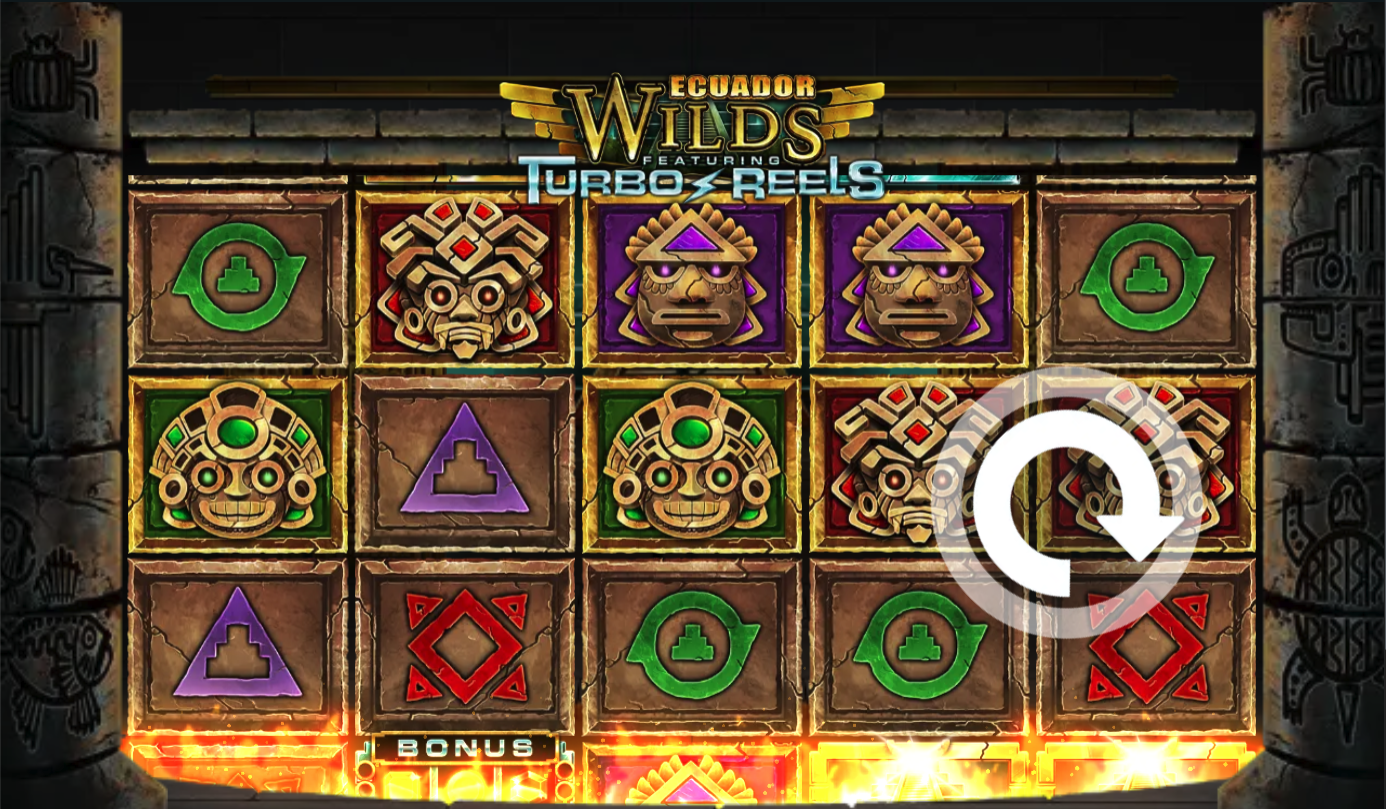 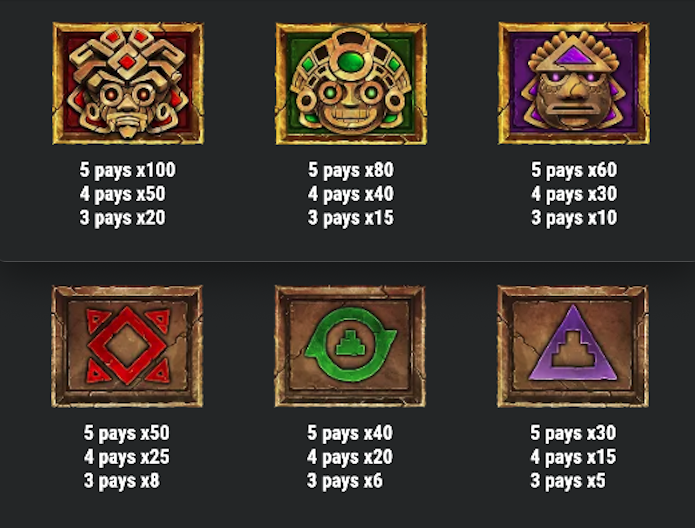 This online slot from Intouch Games/Slot Factory may be called Ecuador Wilds but it’s really themed on the Incan empire which spanned large areas of the eastern part of South America between the 13th and 16th centuries; history aside, there are free spins with locked wilds to be won here along with the randomly awarded Turbo Spins.

Ecuador Wilds is a five reel slot with twenty paylines and those reels spin between two decorated columns – flames emerge from the area at the bottom of the screen.

Three Incan masks represent the higher value symbols while the lower values are strange symbols in red, green and purple; the intrepid grave robber explorer is wild and the pyramid is the scatter symbol.

Landing three, four or five of the pyramid scatter symbols anywhere in view will award 5, 10 or 15 free spins respectively – during this round the centre position on reel three will contain a locked wild.

This can be awarded at random on any spin and you’ll receive five free spins on a three reel set with five paylines; here you’ll be trying to create matches of blue triangles, green squares, red hexagons or golden circles for cash prizes.