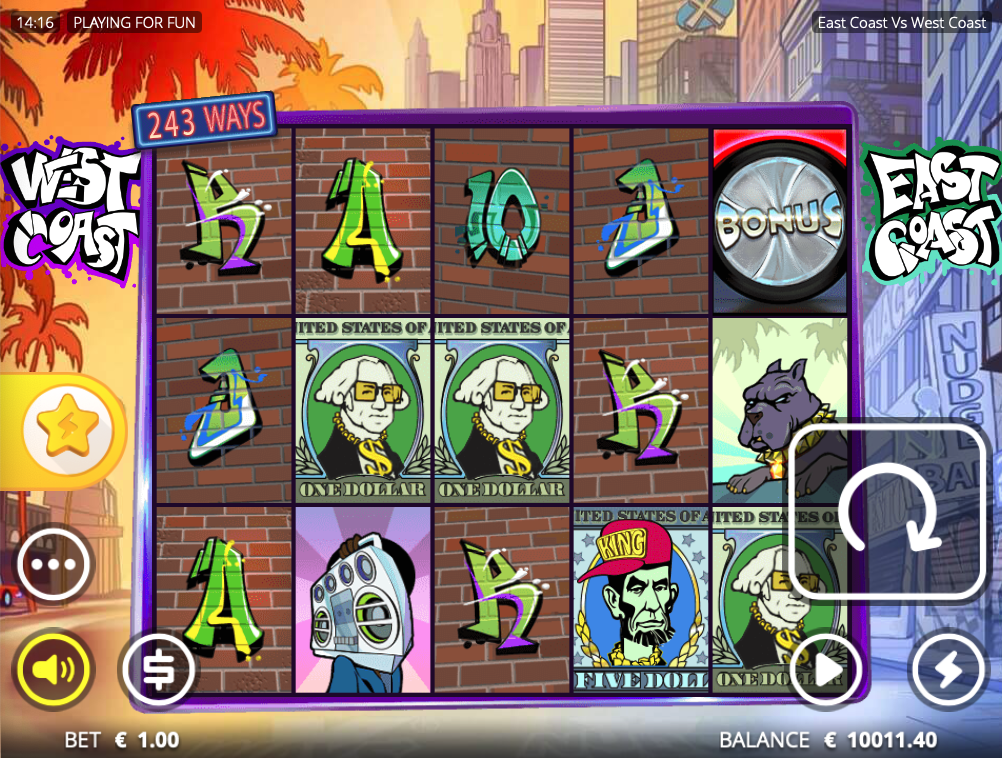 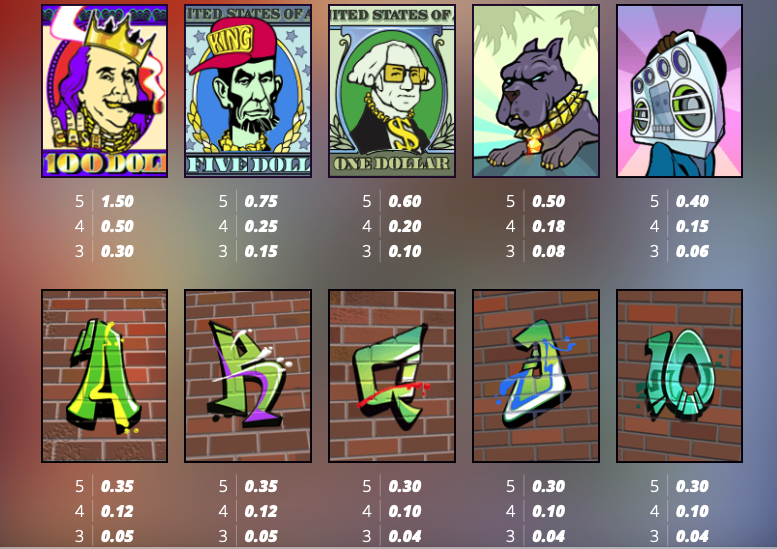 Online slots fans of a certain age will no doubt recall the Hip Hop rivalry between East Coast and West Coast artists in the 1990s; this game from Nolimit City is base loosely on that era and comes with title of East Coast vs West Coast. There are free spins galore along with xWays, xNudge Wild symbols and linked reels in the feature.

East Coast vs West Coast is a five reel slot with three rows and 243 ways to win; those reels spin against a backdrop which cleverly merges together the chilly streets of New York City with the sunny boulevards of Los Angeles.

The higher value symbols are represented by a strange mix of blinded-up ex-presidents on banknotes, a dog with a gold collar and a 1990 portable stereo; 10, J, Q, K and A in a graffiti style represent the lower values.

The wild is a gigantic ring spelling out ‘Wild’ while the bonus symbol is the silver hub cab.

Landing two of the hub cap bonus symbols anywhere on the reels will award one free spin with one of the following enhancers active:

This is triggered by landing five silver hub caps on the reels or via one of the East or West Coast methods above and you’ll now get twelve free spins with two enhancers guaranteed to land on each spin.

This is a great slot with a laid back Hip Hop soundtrack, some great graphics and lots of entertaining bonus features to enjoy; those ex-presidents know how to have a party!