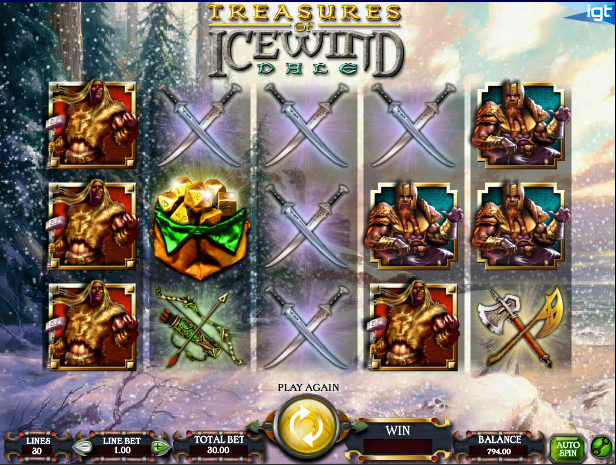 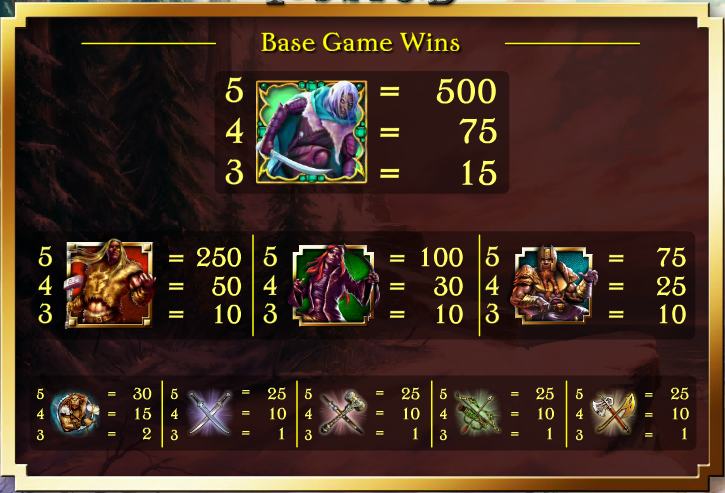 Brand new from IGT is this beautiful looking online slot called Dungeons and Dragons; in fact the title is much longer and includes the words Treasures of Icewind Dale. D & D aficionados won’t need any introduction to this fantasy world but, for the uninitiated, Icewind Dale is a genuinely playable realm of this famous game. Even nerdier players will also be aware that the game was partly based on the Icewind Dale trilogy written by R. A. Salvatore in the late 1980s.

Let’s get down to slots business though and Dungeons and Dragons is a five reel and thirty payline game set in Icewind Dale. Snow drifts gently behind the reels and the sound effects let you know that this a chilly place indeed.

The symbols are a range of threatening-looking weapons and five different characters from the game and in addition there’s a bag of gold dice which is the bonus symbol and and the D & D logo which acts as a wild.

There’s a fairly imaginative free spins round available here and it’s triggered by landing three of the bags of gold dice anywhere on reels two, three and four. Fifteen spins are now yours for the taking but there’s an extra facet to this feature which we’ll describe below.

Underneath the reels you will see four characters with three spaces next to each of them; there’s a D & D dice on reel five and if you land it it will fill up one of those spaces, starting on the left hand side. When all three spaces next to one character are filled, that symbol will become wild for the remaining spins. You can see this in action in the video below.

The feature should be what you;re aiming for here but as it’s triggered by a scatter symbol you can play as many or as few lines as you wish. Keep the sound on for the full wind-blown, snowy atmosphere.

This is top notch stuff and it’s great when a slot sticks so closely to the original theme; the wild feature adds some extra excitement to the free spins and the sound effects are first class.