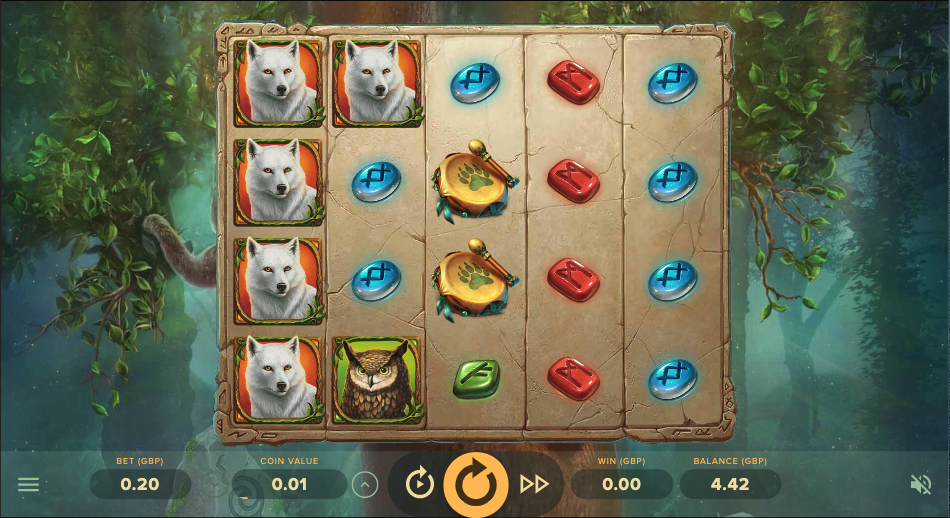 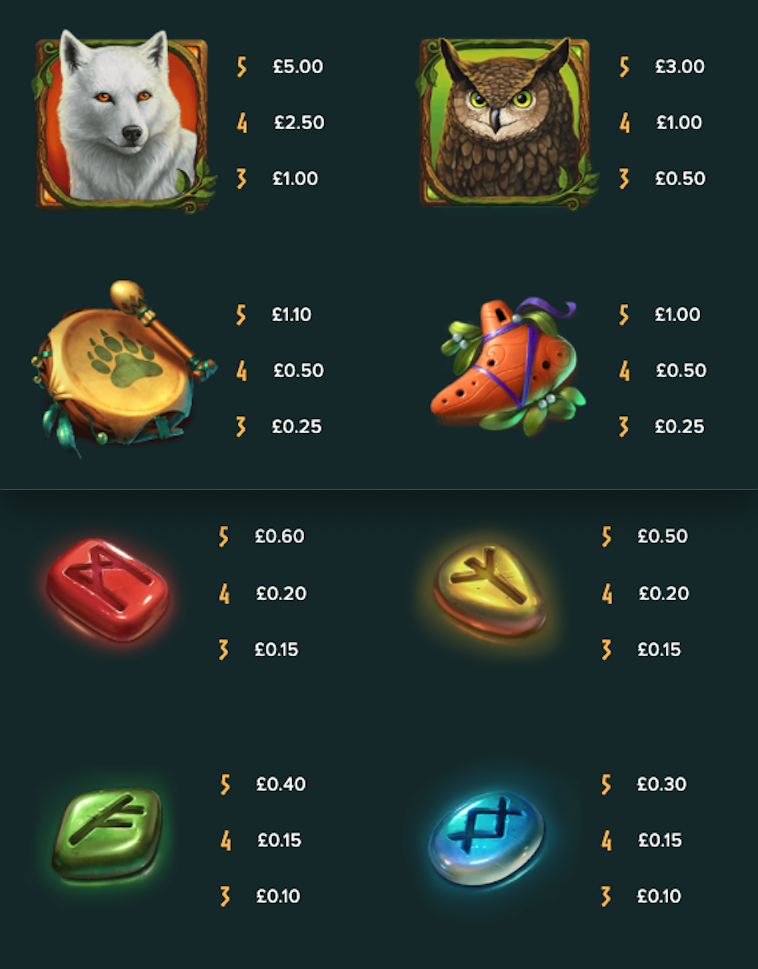 There’s a pagan theme to this online slot machine from Net Entertainment which is set in a magic forest where two druids do their best to spin some wins on the reels for you; it’s called Druid’s Dream and it offers players a variety of bonus features including nudges, stacked wilds, respins and free spins.

Druids Dream is a five reel slot with four rows and a forty payline structure in which wins can be formed from right to left as well as from left to right; a dense, hazy forest where runes are inscribed on rocks is the location for all the action.

All the symbols are related to the theme and include the wolf, the owl, the drum, the wind instrument and four coloured stones each inscribed with runes. The big, gold ‘Wild’ is wild and as well as replacing all standard symbols it’s the key to the main features described below. The scatter symbols are the male and female druids and the bear.

Stacks of wild symbols appear on reels two and four and when they land there with a scatter symbol as part of the stack you’ll receive a respin for each wild symbol in that stack – one of the wilds will disappear with each respin until there are none left.

During these respins if a stack of wilds land on reels two or four (the one without the stack) without a scatter symbol there’ll be a respin which gives a chance of grabbing a scatter and triggering the free spins.

In the base game landing two stacks with scatters will trigger the free spins.

If you’ve managed to activate the spins you’ll receive six plus one for each wild remaining in those stacks; all scatter symbols turn wild and they, along with the other wilds, will lock in place until the spins end.

As a final extra bonus, landing a stack of wilds on reel three with a scatter will award three extra spins.

Druid’s Dream may seem a little convoluted to start with in terms of the bonus features but they’ll soon make sense and before long you’ll be watching out for those stacks appearing on reels two and four. An enjoyable, fantasy-themed diversion.