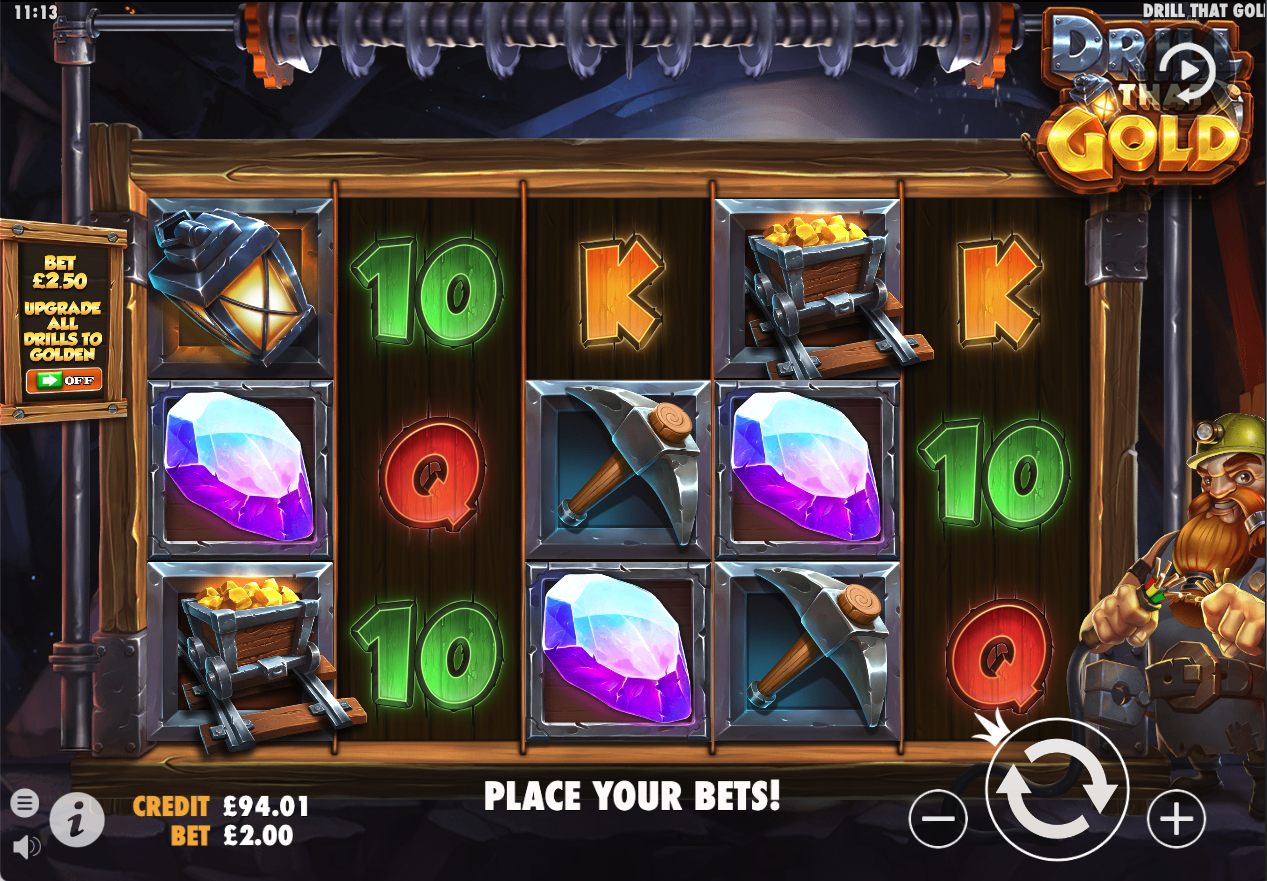 We’ll back down the mines in the company of dwarves again in this online slot from Pragmatic Play – it’s called Drill That Gold and from £0.20 per spin it gives players the chance to win free spins, the Drill feature and base game modifiers on spins with no win.

Drill That Gold is a five reel slot with twenty fixed paylines and it all takes place deep underground where a huge mechanical drill spins above those reels; it’s a more modern setting than most mining slots and this is demonstrated by the grinning dwarf on the right hand side, ready to use his dynamite.

High value symbols include the dwarf. the huge gem, the mine cart, the lamp and the pickaxe; 10, J, Q. K and A represent the lower values. The explosive plunger is wild and the scatter symbol is the drill head.

Occasionally a stack of dwarves may land on a particular reel after which it will transform into a silver wild drill – it may also award an instant cash prize of between 2x and 100x the stake.

Landing there, four or five of the drill scatter symbols anywhere in view will award 6, 8 or 10 free spins respectively; the drill feature is active again here but there’s also a golden version which will always award a cash prize. The prizes for both silver and gold drills range between 5x and 1000x the stake. Every time a single dwarf lands on the reels it will nudge the full stake into view to trigger the drill feature.

Landing two, three, four or five of the drill scatters will retrigger this round with 4, 6, 8 or 10 free spins respectively.

After any non-winning spin there’s a chance that you’ll instantly be compensated with a prize of up to 10x the bet or possibly the appearance of enough scatter symbols to trigger the Gold Spins.

This is an optional extra bet which will add 25% to the stake but ensure that the wild drills are always gold in the Drill feature.