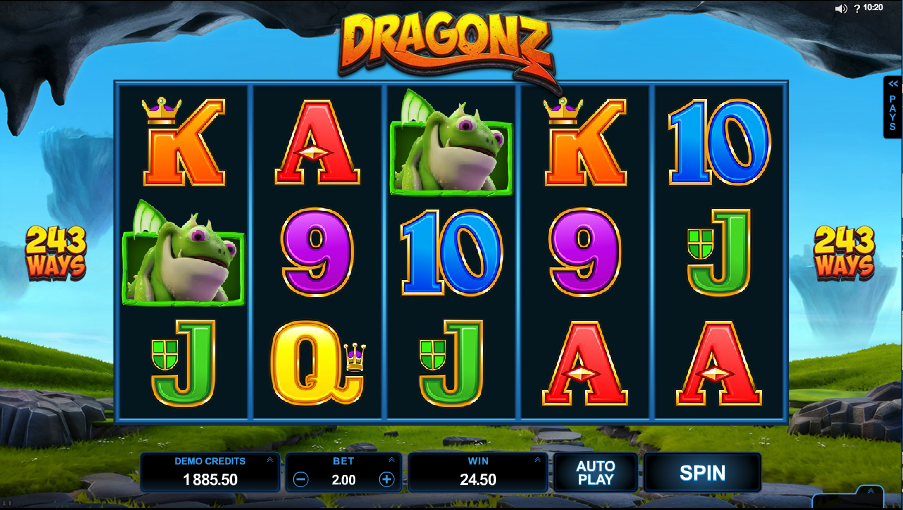 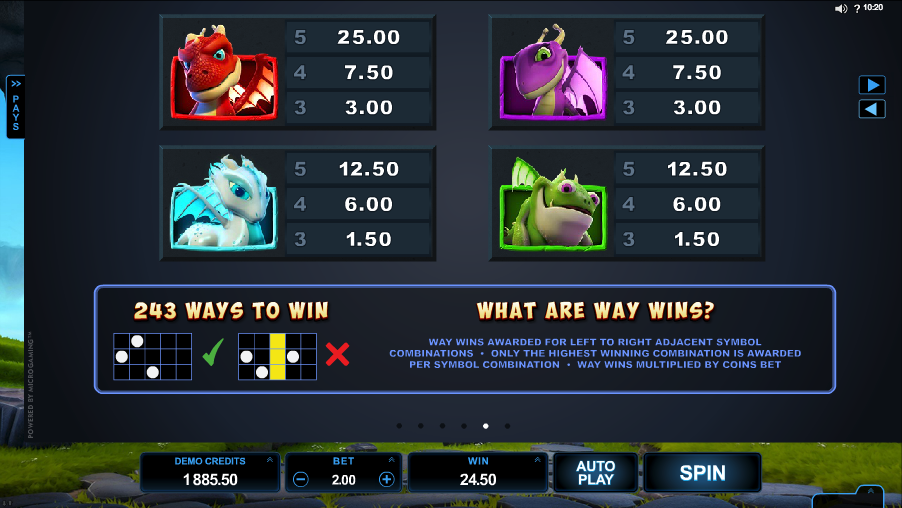 Fresh from the development studios of Microgaming is this online slot based on a selection of very cute cartoon characters. Those little creatures are names Flint, Switch, Frost and Gobble, they each have individual bonus features and you can read all about their fire-breathing antics below.

Dragonz is a five reel slot with three rows and 243 ways to win – there’s no payline structure, winning combos are formed as long as you have matching symbols on adjacent reels starting from the left hand side. Behind the reels we look out from the mouth of a cave at a fantasy land of huge floating rocks in a clear blue sky.

The high value symbols are the four dragons as mentioned above – Flint (red), Switch (purple), Frost (blue) and Gobble (green) and they are complemented by 9, 10, J, Q, K and A as the lower values.

The wild symbol is a big orange ‘Wild’ which substituted for all others in a winning combo except the orb scatter icon.

This occurs whenever a wild symbol lands on reel three on a non-winning spin – more wilds will now be added to the reels until you have a guaranteed win.

This is triggered by landing three or more of the orb scatter symbols anywhere in view after which you will be awarded one of the following free spins options:

After you’ve triggered the feature 12 times you will get to choose your preferred free spins option.

Dragonz is a cute-looking game which offers a bit more variety than some of Microgaming’s recent releases; it also promotes some loyalty with the ability to choose your feature eventually and it comes with an RTP of 96.50%.