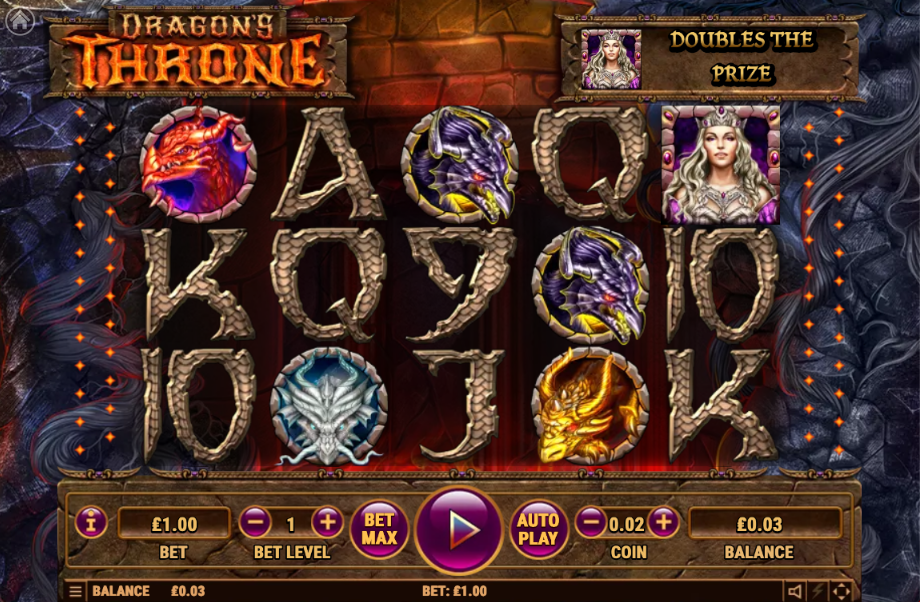 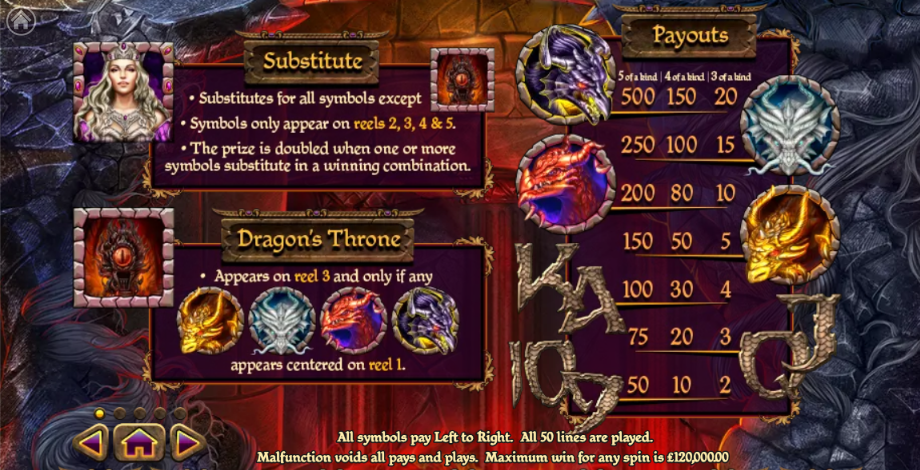 Join us now as we enter the realm of the dragon king in this online slot from Habanero Systems; it’s called Dragon’s Throne and it offers players wild multipliers and a chance to do battle with some competing dragons for big wins.

Dragon’s Throne is a five reel slot with three rows and fifty fixed paylines; the action is set in a dark and fiery world with a muscial soundtrack which is just slightly too cheery for the brooding atmosphere.

The four competing dragons are the high value symbols while 9, 10, J, Q, K and A represent the lower values.

The princess is wild, she appears on reels two to five and she’ll replace all standard symbols to help form winning combos, doubling any wins in which she turns up. The dragon throne is the bonus symbol.

This is where the real fun starts and it’s triggered by landing dragons on the middle row of reels one and five and the dragon throne on reel three; the screen will now change to show a set of reels with your dragon on the right and your opponent on the left – each has a certain amount of health as shown in the meter above so each winning spin will damage your opponent while a non-winning spin will hurt you.

Defeating a dragon will move you on to the next, tougher one and if you can defeat all four you’ll receive 2x the total stake for each health point left remaining; if you lose at any point you’ll just receive 1x. The gameplay video above shows the whole thing in action.

Dragons always add some excitement to any situation and with Dragon’s Throne it’s the free spins and duels which promise the big wins – it’s very enjoyable and highly recommended.