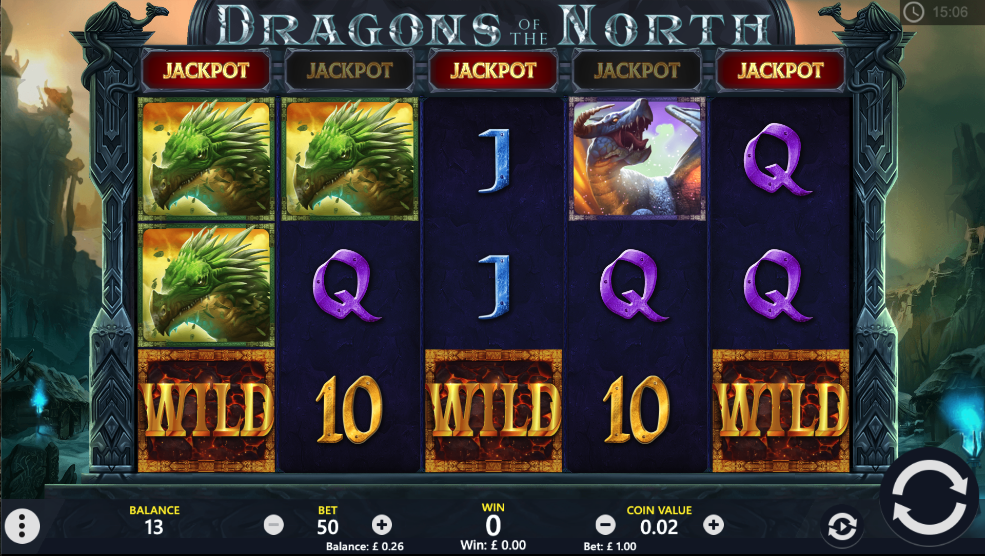 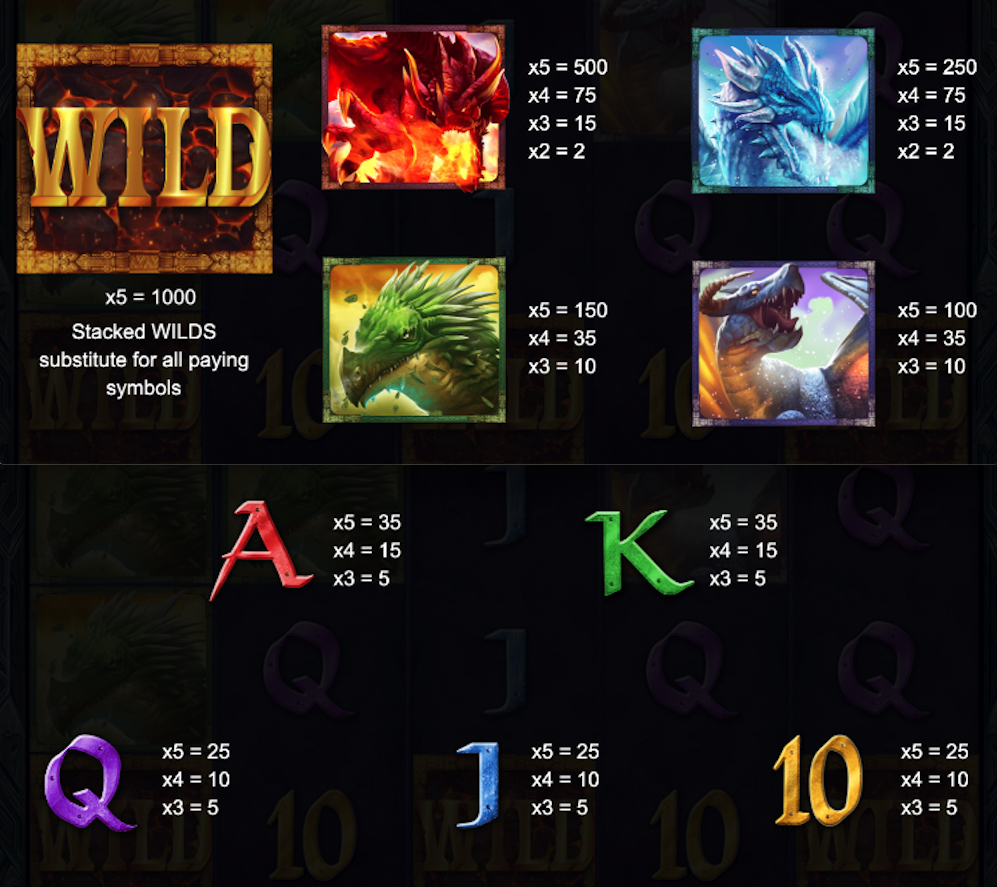 According to this online slot machine from Pariplay, dragons definitely roamed the land and the skies about fifteen hundred years ago and who are we to argue – this game is called Dragons of the North and and your task will be to grab the dragon’s egg to win jackpot prizes and free spins.

Dragon’s of the North is a five reel slot with three rows and fifty fixed paylines; the structure which holds those reels is carved and ornate and it stands against a backdrop of lofty mountains peaks, a hazy sky and strange, blue torches.

The four fierce dragons from this story represent the higher value symbols while 10, J, Q, K and A make up the lower values; the big, gold ‘Wild’ is of course wild and it will replace all standard symbols to help create winning combinations; the golden dragon’s egg is the special symbol.

Dragons Of The North Bonus Features

Above each reel is an area which displays a cash prize, Jackpot or Free Spins and that particular prize will be yours if you can land a dragon’s egg symbol on that reel; in the base game the prizes above reels one, three and five are active and in the free spins reels two and four become active also. You can win the following:

If you’ve previously played Wolf Riches by Pariplay then you’ll recognise what’s going on here because the template is similar; however that’s Ok because if you enjoy one then you’ll enjoy the other – and as we always say, dragons only ever improve the situation.