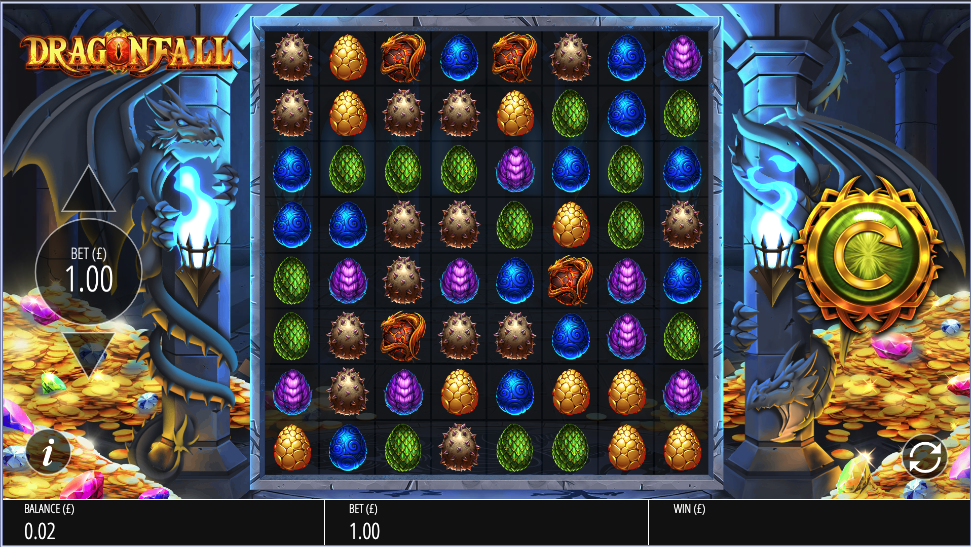 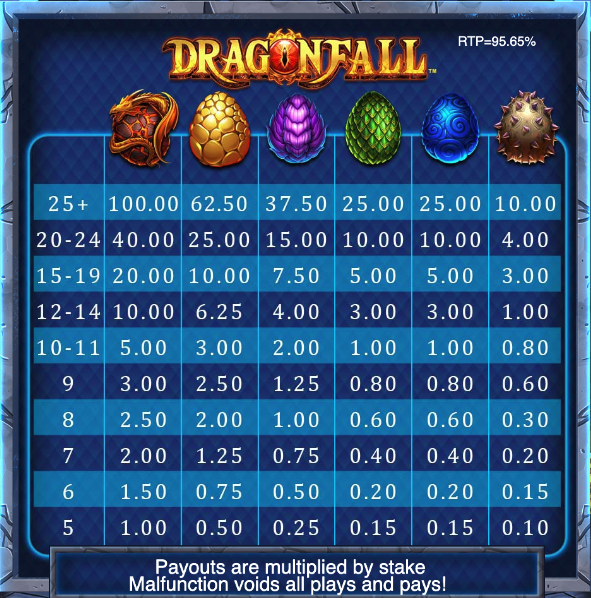 It’s a well known fact that dragons store their loot in abandoned castles and that indeed is the setting for this online slot from Blueprint Gaming; it’s called Dragonfall and it’s arcade-style gameplay offers players free spins, cascading symbols and wild symbols with increasing multipliers.

Dragonfall plays out on an 8×8 grid and the background to the action is the interior of the aforementioned castle, piled high with gold and jewels and lit by strange blue flames.

There are six theme-related symbols including the coiled dragon and an assortment of dragon eggs in gold, purple, green, blue and spiky. The task in Dragonfall is to create clusters of at least five matching eggs which will then disappear to be replaced by more falling from above – this process then continues until there are no more matches.

The Dragon’s Eye is both the wild and the bonus symbol and it will substitute for all other symbols to help create winning matches. It won’t disappear during a successful cascade but it will move one position left or right – it will also apply an increasing multiplier value to any subsequent win it’s part of.

These large symbols can appear randomly on the reels to hep out with those clusters.

Trigger this by landing at least three Dragon’s Eye wild/scatter symbols anywhere in view to receive six free spins; those wilds will now remain on the reels throughout this round and each time one is involved in a win it will increase its multiplier value by 1x with no upper limit.

Cascading symbols are always a favourite of ours so we certainly appreciate a slot like Dragonfall; set the Autoplay, spin the reels and watch as the cascades fall, the free spins trigger and an occasional dragon drifts across the screen.