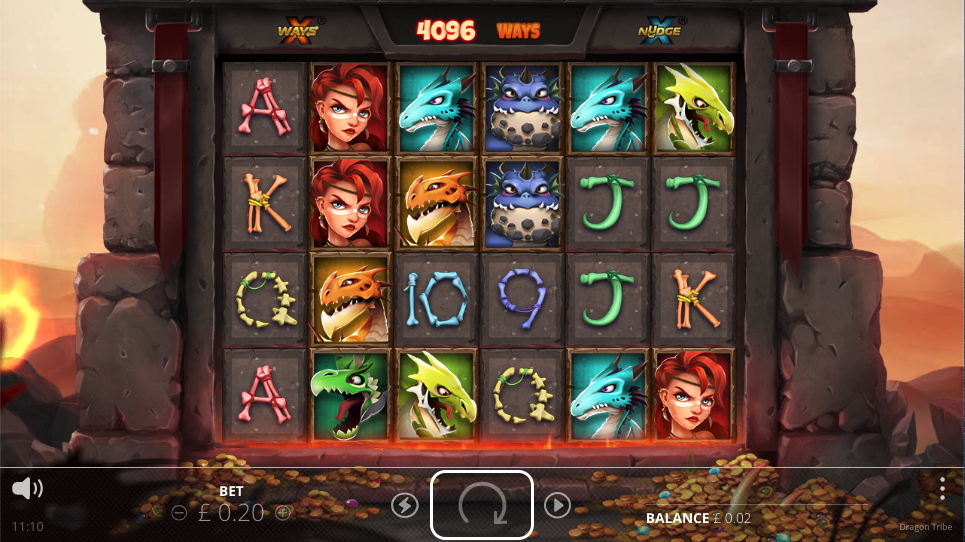 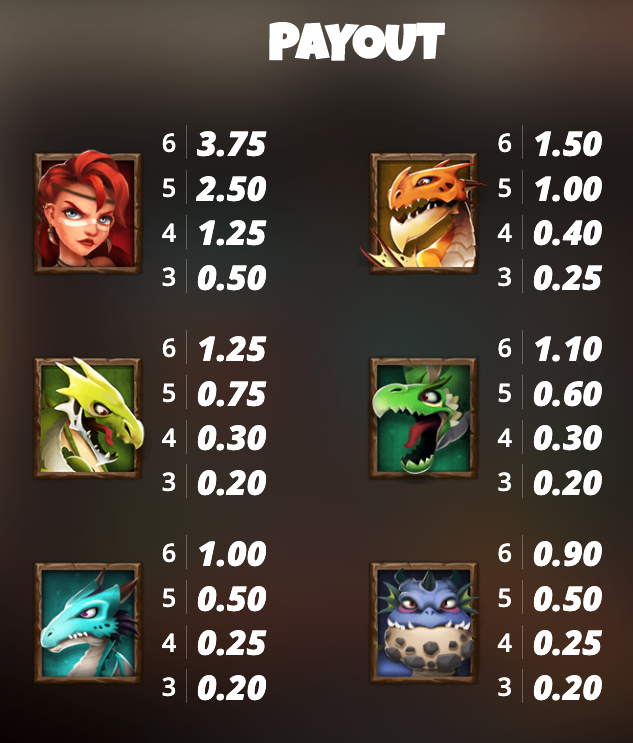 A long time ago in some mystery land there once lived the Dragon Tribe, a group of people who coexisted with the fire-breathing creatures who hoarded gold in the nearby mountains; that’s the story behind Dragon Tribe, this online slot from Nolimit City with cascading reels, free spins, expanding mystery symbols and wild features.

Dragon Tribe is a six reel slot with four rows and 4096 ways to win; those reels spin on an imposing stone structure in front of which are strewn gold and jewels – dragons fly back and forth in the background across the fiery landscape.

There are six high value symbols including five dragons of various types and the red-haired girl; 9, 10, J, Q, K and A make up the lower values.

The dragon’s egg is wild and it will replace all standard symbols to help form winning matches – it also has a feature attached which is explained below. The bonus icon is the special symbol.

Always a feature we like, this sees any symbols in winning combos disappearing to be replaced by more falling in from above – those new symbols can then from more combos and this process continues until there are no more wins.

Each time wild symbol lands on reels two to five it will drop to the bottom, turning each position wild as it goes; in addition each position it drops will increase the win multiplier by 1x up to a possible 6x.

This symbol can land at any time and it will expand to fill itself with two or three of the same symbol – this has the effect of increasing the number of paylines up to a potential 20736 if multiple Mystery Symbol land.

Landing at least three of the bonus symbols anywhere in view will award 10 free spins plus three more for each extra bonus; you can now choose between two modes:

We are yet to play a poor slot from Nolimit City and Dragon Tribe is another winner with some top notch graphics, several clever features and some big wins when the various bonuses collide; highly recommended!