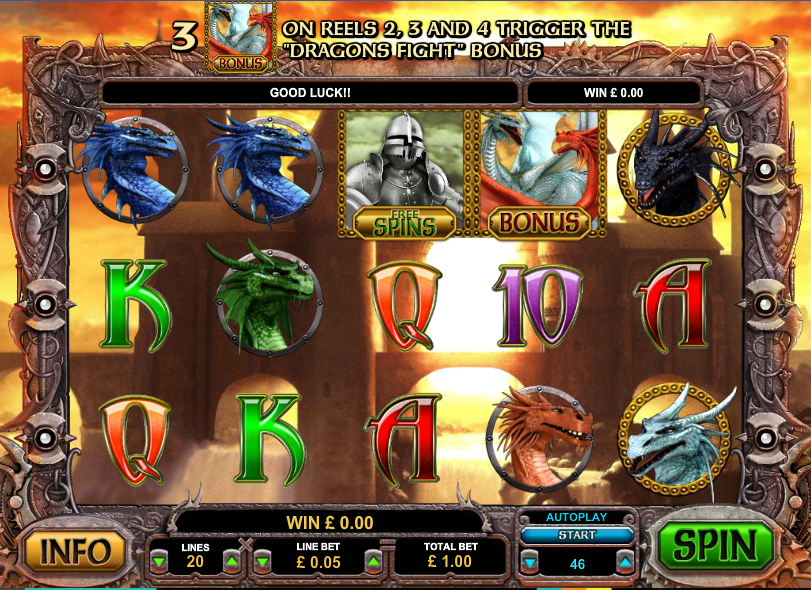 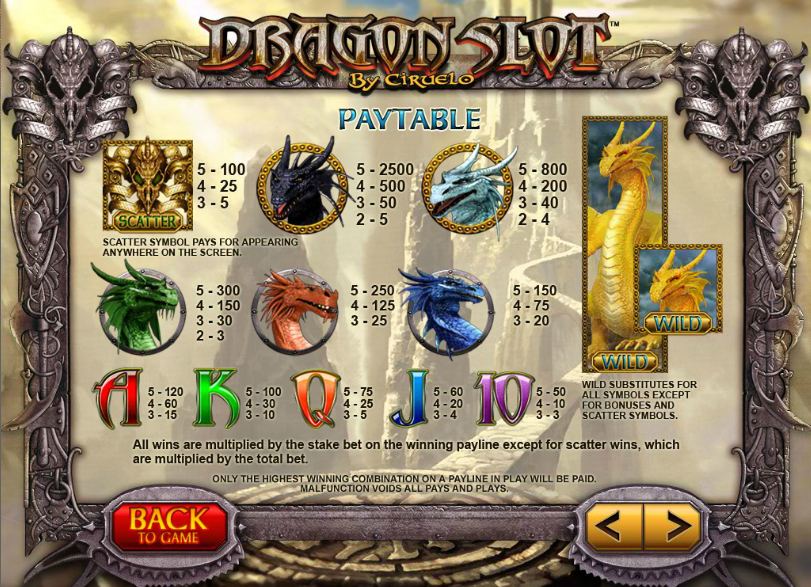 Dragon Slot is a high quality fantasy-themed online from Leander Games which is particularly notable for it’s design; this is because the artwork is by a well-known Argentinian chap called Ciruelo Cabral who specialises in art for this particular genre, dragons being something of a speciality. The game itself is of a very high quality and includes some interesting bonus features.

Dragon Slots is a five reeler with three rows and up to twenty paylines; the lovely backdrop shows the ruins of a castle blazing with fire while the reels spin inside an ornate Celtic-influenced frame. There’s a dramatic but faintly industrial soundtrack to your gameplay.

The wild symbol is a golden dragon which can expand to fill the whole reel if a winning combo is possible; the scatter symbol is some sort of golden skull and there are two bonus icons – the two dragons and the knight which activate the main features.

This is triggered by landing three of the Knight scatter symbols on reels one, three and five; you must now pick a dragon with the following qualities:

The ‘picks’ referred to above are made on the next screen and they help your dragon to fight the knight; defeat him and you will receive the corresponding spins and multiplier, lose (by finding the knight) and you’ll have to make do with ten spins and no multiplier.

During the spins reel one is completely wild.

Trigger this by landing three of the twin dragon bonus symbols on reels two, three and four; this kicks off a battle between your white dragon and the red dragon. Defeating the red dragon increases your winnings from this round.

This is a really enjoyable game with some stunning artwork along, several creative bonus features and an engaging soundtrack. It’s definitely worth checking out with an RTP of 95.07%.