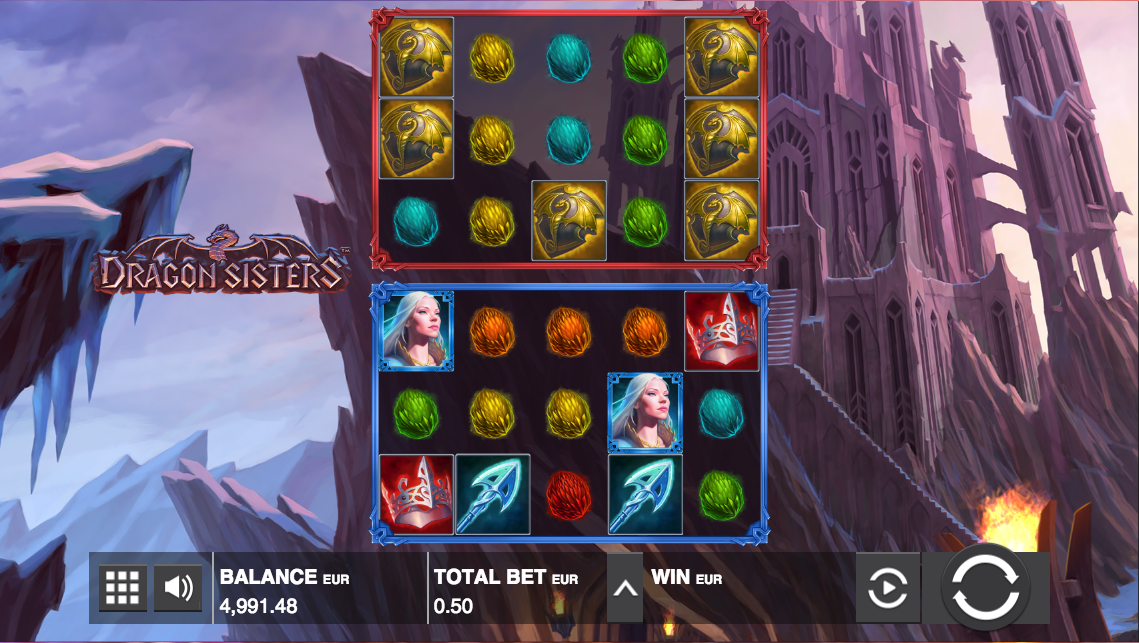 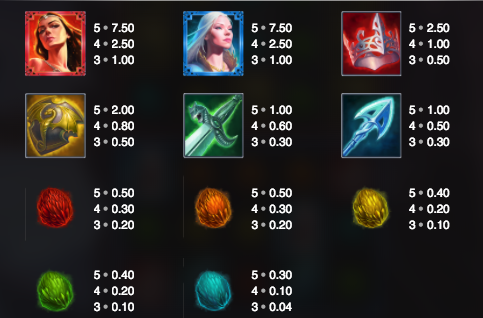 Along with pirates and cowboys, the addition of dragons to an online slot machine can only be a good thing and here we have one more game with that theme – it’s called Dragon Sisters, it’s developed by Push Gaming and you can find out how to play it right here.

Dragon Sisters is a five reel slot with three rows and fifty paylines split between two sets of reels (more about that later); those red and blue reels sit against a backdrop featuring a towering castle perched among lofty mountain tops.

The high value symbols include a red crown, a yellow shield, a green sword and a blue spear; lower values are represented by small coloured objects – red, orange, yellow, green and blue.

The wild symbol is a big, gold ‘Wild’ which will substitute for all others except the red and blue dragons to help form winning combinations. The dark sister only appears on the top reel set and the light sister only on the bottom.

There are two ways to trigger the Dragon Respin bonus:

Dragon Sisters is a high quality slot with some impressive development values and a creative bonus feature which utilises the dual reels well. It’s good fun and comes with an RTP of 96.73%.