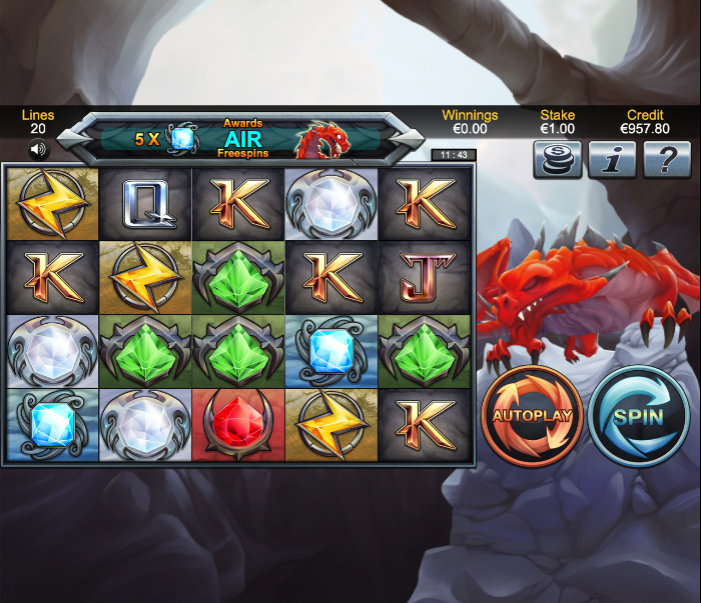 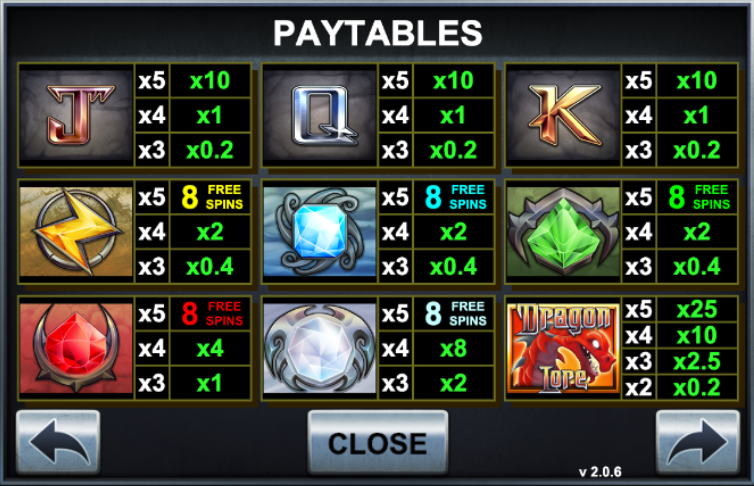 We’ve reviewed more than a few dragon-themed online slots over the years but there are always room for more and here we present Dragon Lore, a creative release from Leander Games with spins aplenty and a dragon to help out to boot.

Dragon Lore is a five reel slot with four rows and fifteen fixed paylines; all the action takes place in the mouth of a huge cave overlooked by a large red dragon squatting on a rock on the right hand side.

The high value symbols include the Dragon Lore logo, four gems in white, red, green and blue and a gold lightning flash; J, Q and K make up the lower values.

The multicolour gem is wild and it will replace all other symbols to help form winning combinations.

Rather than having to land scatter or bonus symbols, the free spins in Dragon Lore are triggered by landing five matching symbols on an active payline:

During the base game the dragon may apply the mini-features from the Lightning, Air, Earth and Fire rounds to the reels for a bit of extra help.

Dragon Lore is a very enjoyable slot and a welcome addition to this genre of fire-breathing creatures; the free spins are triggered in a clever way and the Reel Bonuses seem to hit regularly in the base game.