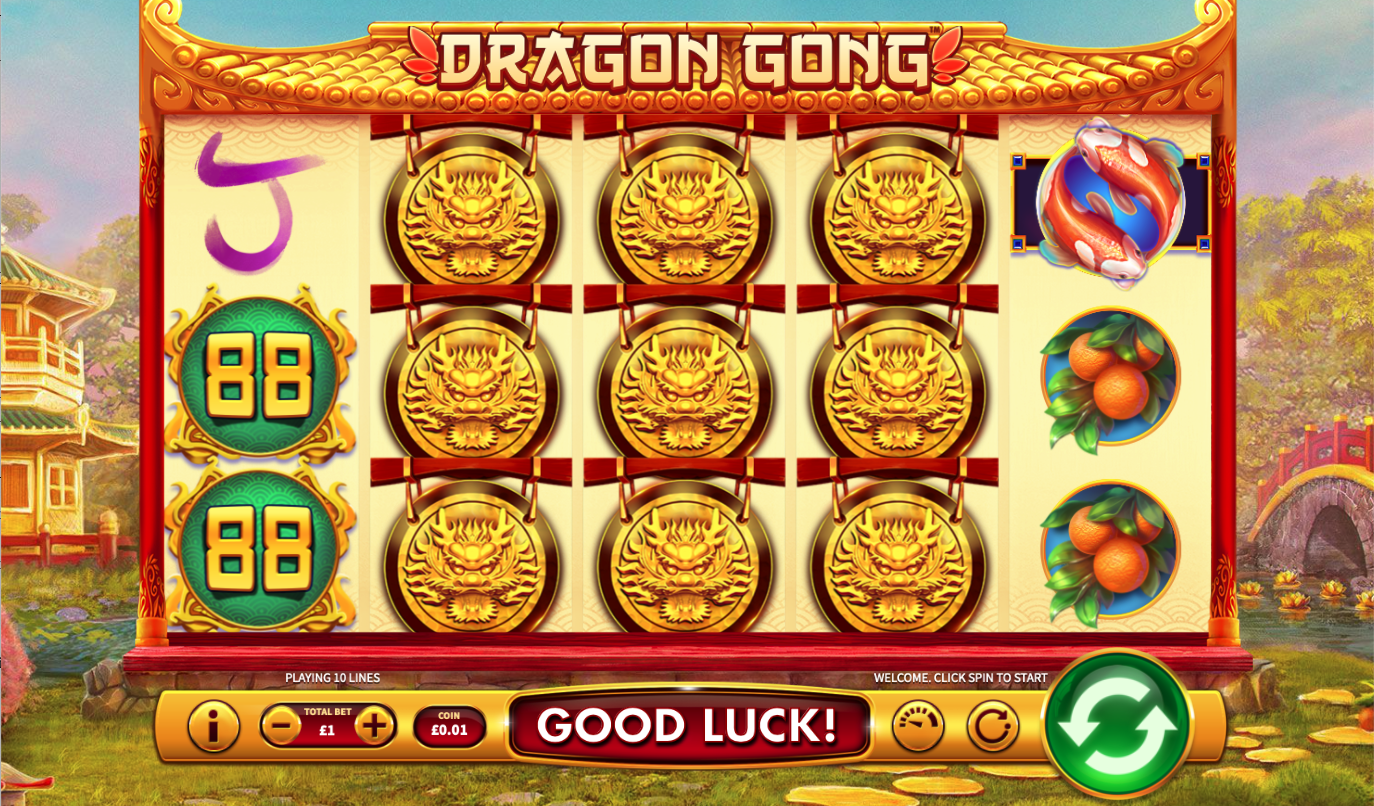 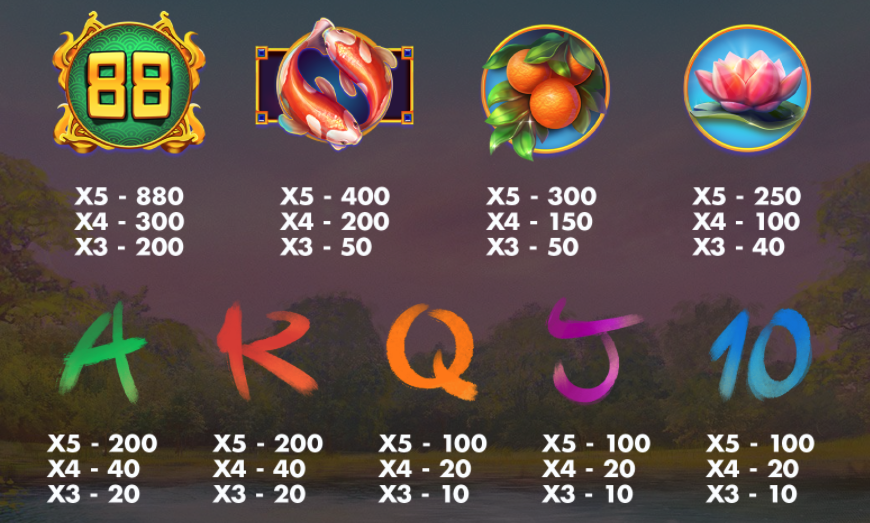 There’s a trip to the mystical East in store for anyone willing to try out this Chinese-themed online slot machine; it’s called Dragon Gong, it’s developed by Skywind and its features revolve around the giant golden gong and what it can offer.

Dragon Gong is a five reel slot with three rows and ten fixed paylines although wins can be formed anywhere on the reels and in any direction as long as the symbols are in adjacent reels; some ornate traditional structure holds those spinning reels and if you stretch the browser window to its full size you’ll see a view of Chinese rivers, bridges and buildings to complete the scene.

High value symbols include the lucky ’88’, the twin Koi, the fruit and the lily; 10, J, Q, K and A in a faintly Kanji style represent the lower values. The gong is the sole special symbol.

The mystery gong can appear on the reels as a normal sized symbol or as a giant, 3×3 symbol; each normal one will then flip over to reveal matching symbols which will hopefully lead to a nice win.

You only need to land one third of the giant symbol to trigger this feature as any part if it in view will then transform.

If you’re lucky the Dragon Power feature may trigger during the Mystery Gong and you’ll see a dragon fly across the screen and upgrade the symbols which have already been transformed into more valuable ones.

Dragon Gong doesn’t really pull up many trees in terms of innovation but for a slot which revolves around one bonus feature it’s not too shabby; if you want free spins look elsewhere but if this theme suits then give it a go.