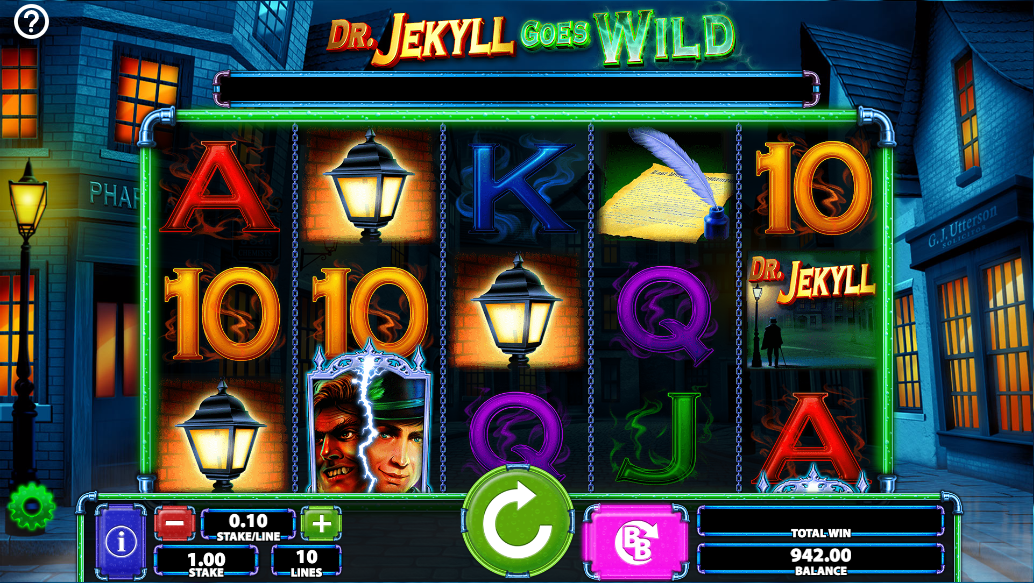 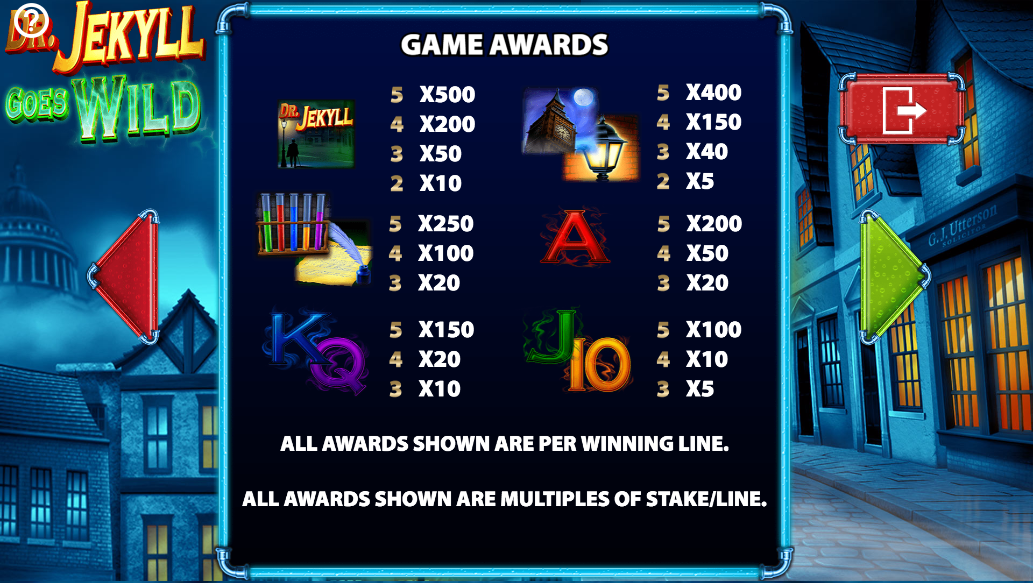 Robert Louis Stevenson’s novel, The Strange Case of Dr Jekyll and Mr Hyde tells the tale of the violent alter ego of the title character and it’s a story which has been the theme of a number of online slot machines; Dr. Jekyll Goes Wild is another to add to the list, it’s developed by Barcrest and you can find out how it all works below.

Dr. Jekyll Goes Wild is a five reel slot with three rows and ten fixed paylines; gloomy Victorian streets form the backdrop to the reels which are framed by pipes transporting the bright green liquid – the key to Jekyll’s transformation into Mr Hyde.

The high value symbols include the game’s logo, Big Ben, a street lamp, a selection of potions and a paper/quill; 10, J, Q, K and A represent the lower values.

There’s no wild symbol in the base game but there’s a bonus icon of Jekyll and Hyde.

Spins which are unlimited until a sand timer appears on reel five. The timer will spin and determine whether the Hyde Spins continue or revert back to Jekyll Spins.

During Hyde Spins and Hyde wilds which land will lock in place until the round ends.

Press the pink Big Bet button below the reels to select this option and you’ll be given five linked spins which enable you to collect bonus symbols and work your way up a trail; the trail has ten positions and reaching position three will award five free spins while position ten awards seventy five.

There’s a nicely creepy atmosphere to the Dr. Jekyll Goes Wild slot and plenty of bonus features to enjoy; as always with the Big Bet it pays to use it if your budget will allow because the RTP rises to 98.20% from 94.20% for lower stakes.