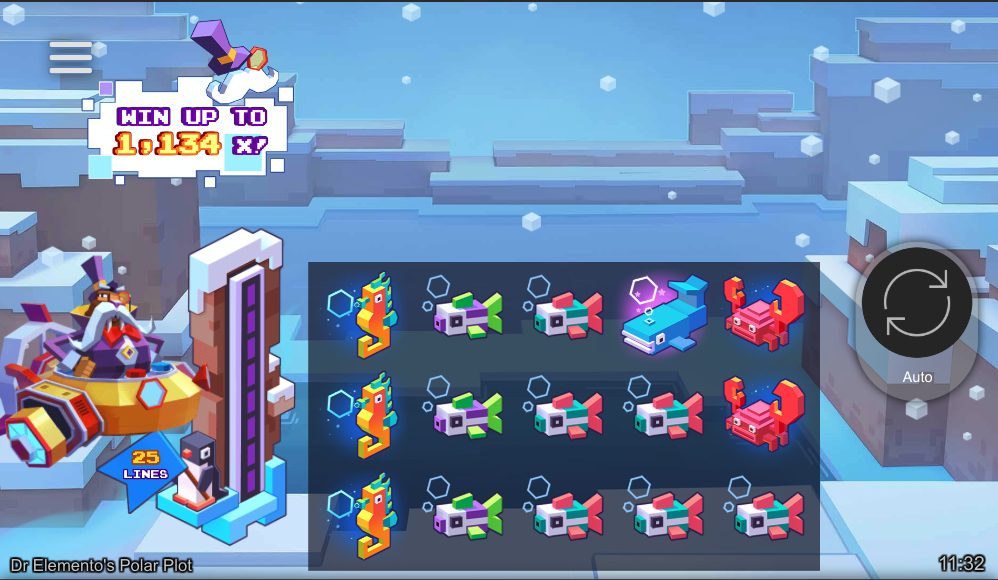 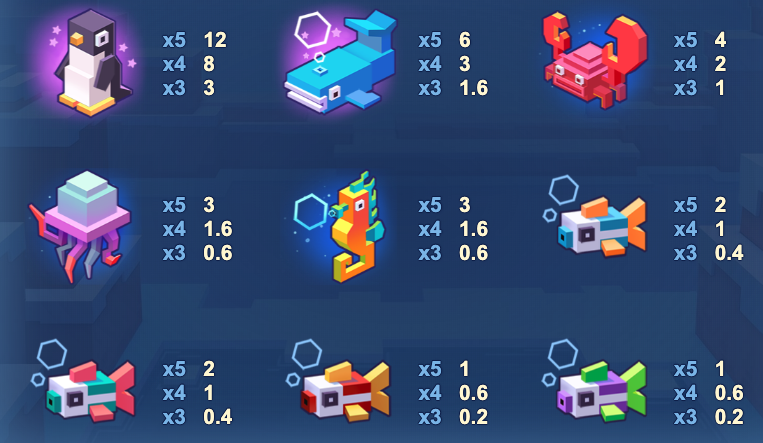 There’s always room for another evil villain because in the end all their plans are foiled one way or another; here our anti-hero has his own online slot called Dr Elemento’s Polar Plot developed by Bet365 Originals which tempts players with Fireball Onslaughts, Ice Blasts and free spins.

Dr Elemento’s Polar Plot is a five reel slot with three rows and twenty five paylines in the base game; all the action takes place underwater in a blocky landscape patrolled by our dastardly deviant  who weaves his little craft through air bubbles shaped like sugar cubes.

The symbols are all related to the watery theme and include penguins, whales, crabs, jellyfish, seahorses and four fish of varying colours.

The heart is wild, it appears on reels two to five and it will replace any other symbols to help create winning combinations.

The thing to the left fd the reels is the Attack Meter and this is filled up when Dr Elemento is walloped by the frying pan as the spin is taking place; the strength of the hit determines how much of the meter is filled up – three or less means there is no change in the gameplay but four or more results in the following:

Reaching position eight trigger the free spins round which awards eight spins with an 8×5 reel set and 100 paylines; Fireball Onslaught and Ice Blast can occur randomly during this round.

Dr Elemento’s Polar Plot is a strange but clever slot with an interesting way of increasing the paylines and reaching the free spins feature; much of the charm is in the graphical style which we like alot and have no hesitation in recommending this game.