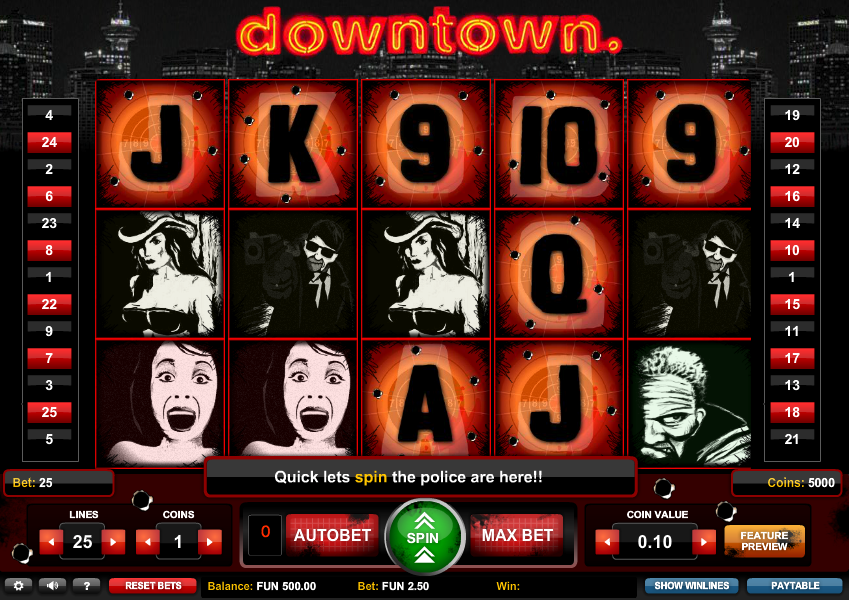 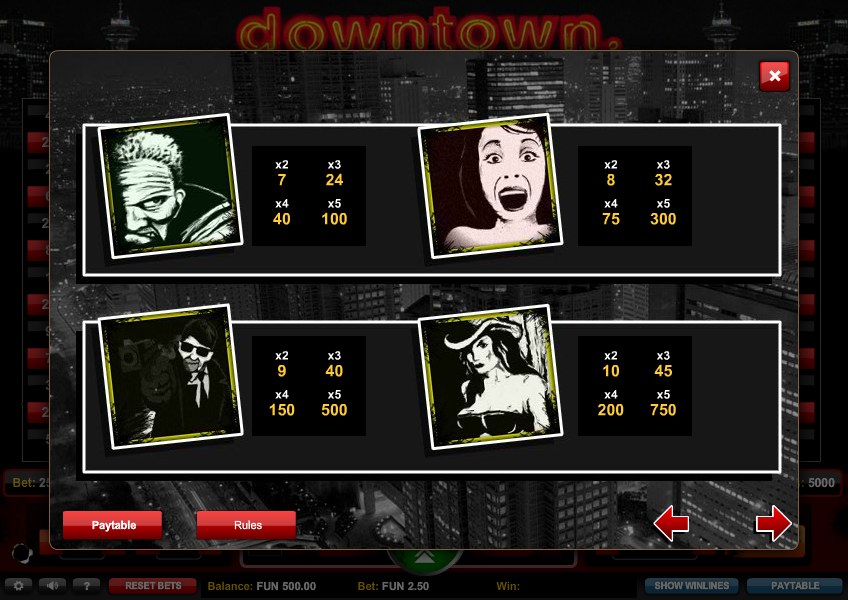 The grim underbelly of the big city provides the destination for this online slot from 1×2 Gaming; it’s called Downtown and it’s designed in a ‘graphic novel’ style which is reminiscent of films such as Sin City. There aren’t many laughs here but there are two distinct bonus features and a brooding atmosphere which is certainly engaging.

Downtown is a five reel slot with three rows and up to twenty five paylines; a night time view of the city’s skyscrapers provides the backdrop to the reels which are riddled with bullet holes. There’s a storyline of some sort illustrated by the little phrases which pop up under the reels – ‘Watch out for Miho’s blade’ and ‘Quick, let’s spin the police are here!’ being a couple.

There are four high value symbols including a screaming woman, a lady in a cowboy hat, a chap with a gun and a bandaged tough guy. 9, 10, J, Q, K and A are the lower values.

The wild is represented by some yellow police tape, the scatter is a blood-stained police cell and the silhouetted man is the bonus symbol.

This is triggered by landing three or more of the police cell scatter symbols anywhere in view; the more symbols landed, the greater the potential rewards. You will now be taken to a screen and given the chance to shoot at five targets, Each round of bullets loosed will reveal a cash prize.

Once all targets have been hit, the round is over. If you land the triggering symbols on an active payline you will also receive a combo prize.

Trigger the free spins by landing three or more silhouetted guys on an active payline; you will receive the following:

All wins will be doubled and in our experience this feature is triggered fairly regularly, resulting in some decent payouts.

Downtown joins an impressive list of crime-themed slots with a gloomy, brooding atmosphere and two pretty decent bonus features. As with most 1×2 Gaming slots it also has a high RTP of 97.70%.