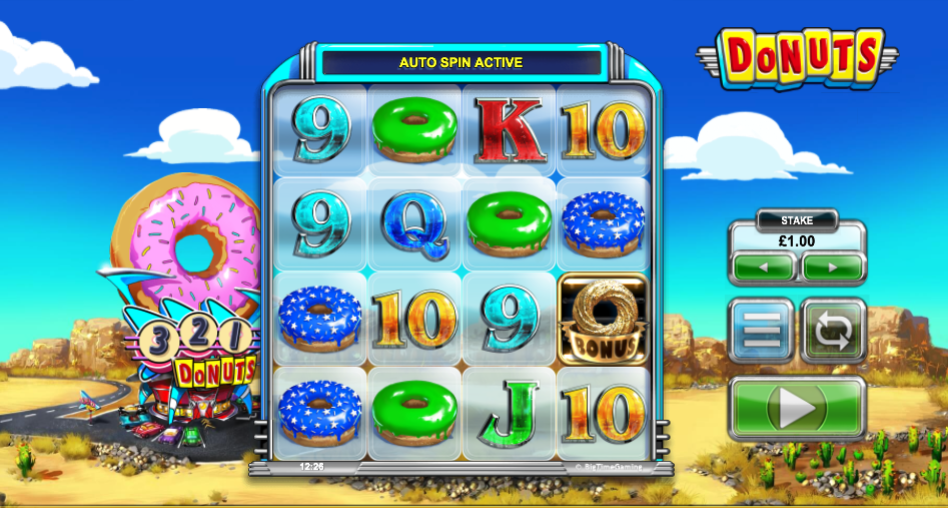 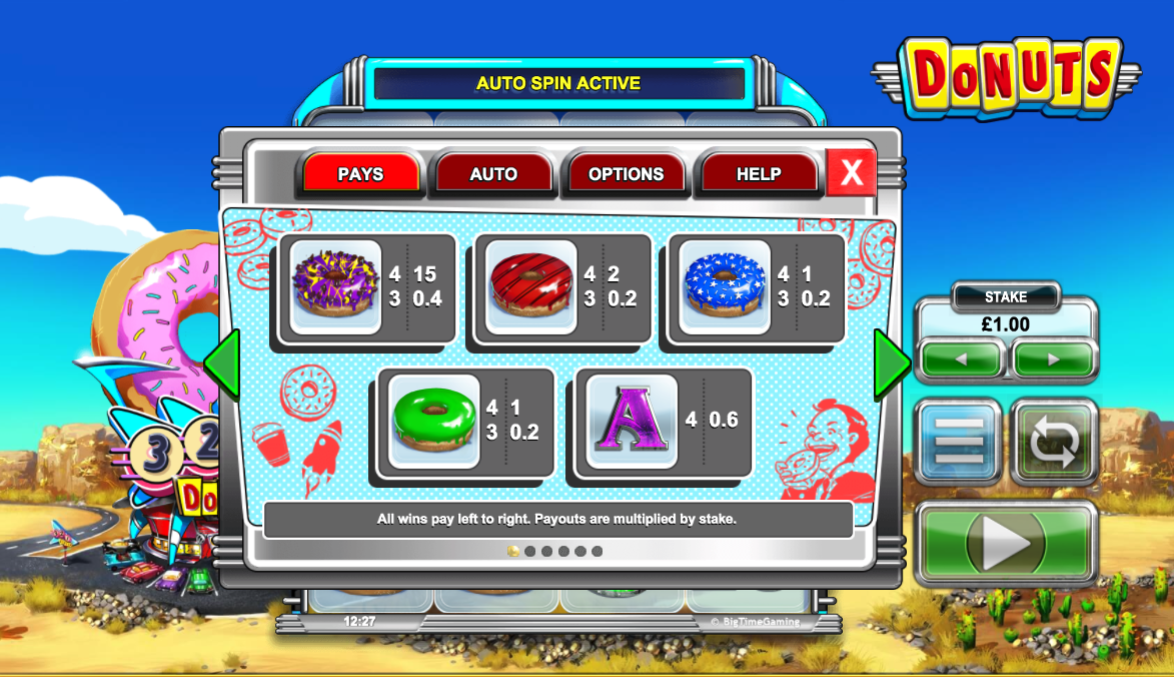 A question we should always ask ourselves when encountering something new in life is ‘would Homer Simpson like this’ and in the case of Donuts he surely would; that’s good enough for us so we’ll dive straight into this online slot from Big Time Gaming and explain how it all works below.

Donuts is a four reel slot with four rows and a potential 2401 ways to win (we’ll explain shortly); there’s a desert backdrop to this story with a gigantic donut shop perched by the side of the road surrounded by rock stacks and cacti.

Four donuts with different toppings represent the higher value symbols – purple, red, blue and green while 9, 10, J, Q, K and A make up the lower values.

The multicolour wild appears only on reels two and four and it will replace all others to hep form winning combinations except for the golden donut scatter symbol.

If a donut box lands on the reels it will open to reveal up to four donuts a wild with a multiplier of 2x, 3x or 4x; in this manner it’s possible to create up to 2401 paylines.

This is triggered by landing three or four of the golden donut scatter symbols anywhere in view for which you will receive 12 or 20 free spins respectively; these spins are played on a set of reels containing only golden donuts and blank spaces. Once the 3-2-1 countdown runs out this first stage is over but a gold donut landing will reset it to three – it will also slowly increase the multiplier for any wins during the free spins up to a maximum of 50x.

When that’s done the actual free spins will start with that multiplier applicable to all wins; two, three or four golden donuts landing during this stage will award 10, 20 or 30 free spins respectively.

Big Time Gaming slots are usually a little different and Donuts is no exception – the gameplay is clever and the two stage bonus round will keep things interesting for a little longer. It’s good fun and comes with an RTP of 96.54% so do what Homer would do and check it out.