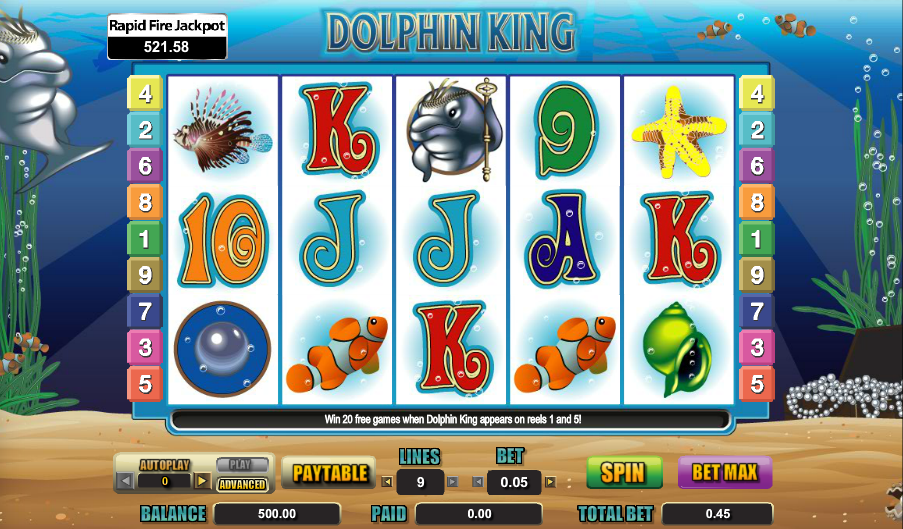 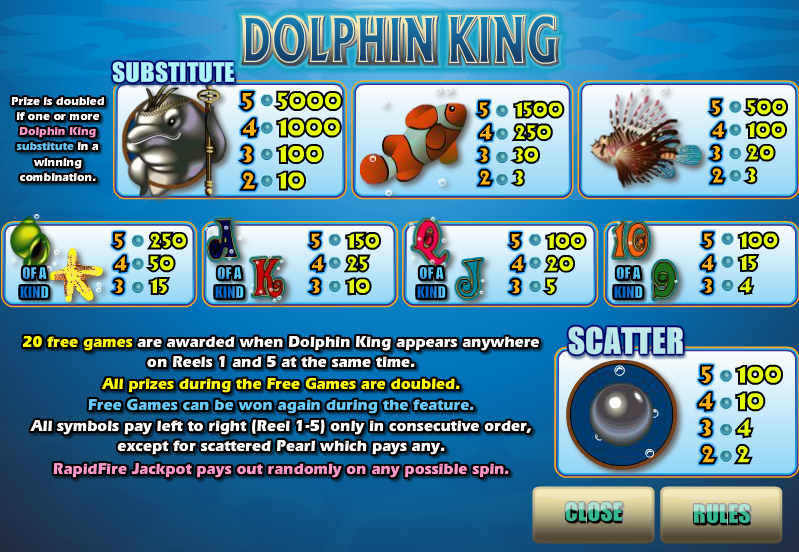 Vast areas underneath the ocean waves remain undiscovered and unexplored to this day but as online slots fans we can at least shed a little bit of light on the type of activities which may be going on down there. The seabed clearly plays host to many different games and Dolphin King is just one more to add to a very long list. It was originally developed by Cryptologic and is now under the Amaya Gaming umbrella – it comes with a free spins feature and the Rapid Fire Jackpot.

Dolphin King is a five reel slot with three rows and up to nine paylines; the reels spin resting on the ocean floor and we’re not too far beneath the surface here with rays of light piercing the blue water. The dolphin king himself is loitering on the left hand side and there are various smaller fish doing the rounds.

There’s a familiar array of fishy symbols here including an orange tropical fish, a Japanese fighting fish, a green shell, a starfish and then the standard 9, 10, J, Q, K and A.

The Dolphin King symbol is wild and will replace all others except the scatter – that’s a pearl. A wild symbol in a winning combo will double that win.

You will notice the Rapid Fire Jackpot above the reels and this is a randomly triggered prize for the luckiest players; it can’t be won from within the bonus round but you can increase your chances of winning it by increasing your stake.

Dolphin King is a playable-enough addition to the massed shoals of ocean-themed slots and we like the addition of the Rapid Fire Jackpot for a bit of extra excitement. Don’t forget to up your stake for a better chance of winning it.