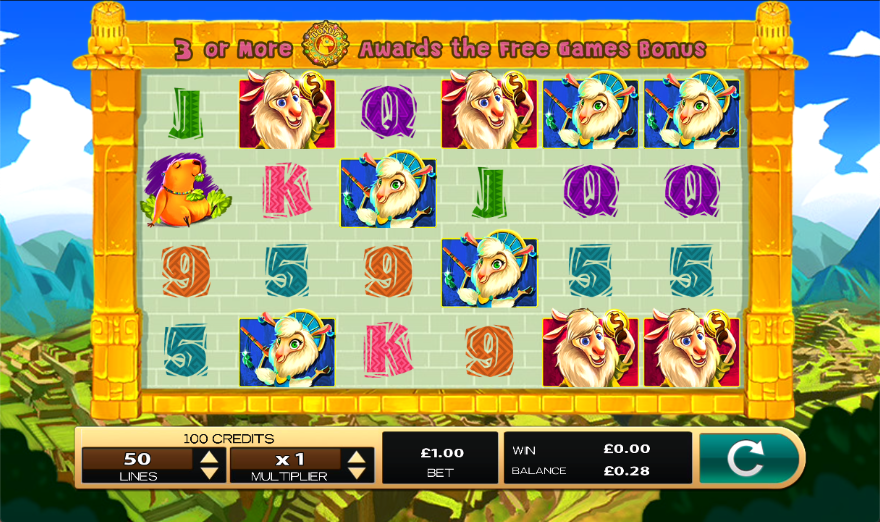 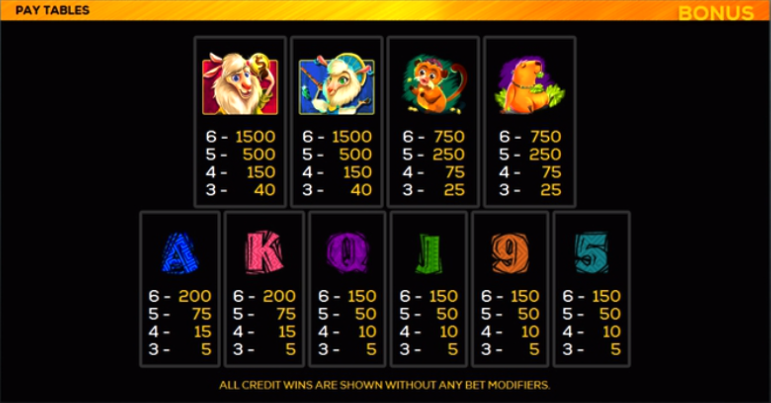 You may know llamas as the hairy creatures which roam the plains and mountainsides of South America but they also enjoy the odd spin of the reels on an online slot machine and so it’s entirely appropriate that we’re playing Dollar Llama, a release from High 5 Games with a sprinkling of Inca free spins.

Dollar Llama is a six reel slot with four rows and fifty fixed paylines; those rels spin on a golden brickwork structure which floats above what looks like the ruins of Machu Picchu in the background.

The high value symbols are all animals from this story and include our llama, a sheep and two smaller rodents; 5, 9, J, Q, K and A make up the lower values.

The wild is a stylistic, golden ‘Wild’ which will substitute for all others to help form winning combos except for the golden llama bonus symbol.

This is triggered by landing at least three of the golden llama scatter symbols anywhere on reels two, three, four or five for which you will receive 7 or 15 free spins respectively. When the spins have started three or four scatters will award an extra 7 or 15 spins up to a maximum of 105.

As well as being a wild symbol the wild can also appear on all reels with a credit value attached which increases as you move along those reels; for example it’s worth between 25 and 100 credits on reel one and between 25 and 10000 on reel five.

Dollar Llama is a nice premise for a slot although the game itself is a little simplistic; it’s not unenjoyable though and the Scatter Bucks will award prizes regularly if you stick with it. There’s an RTP of 94.90%.