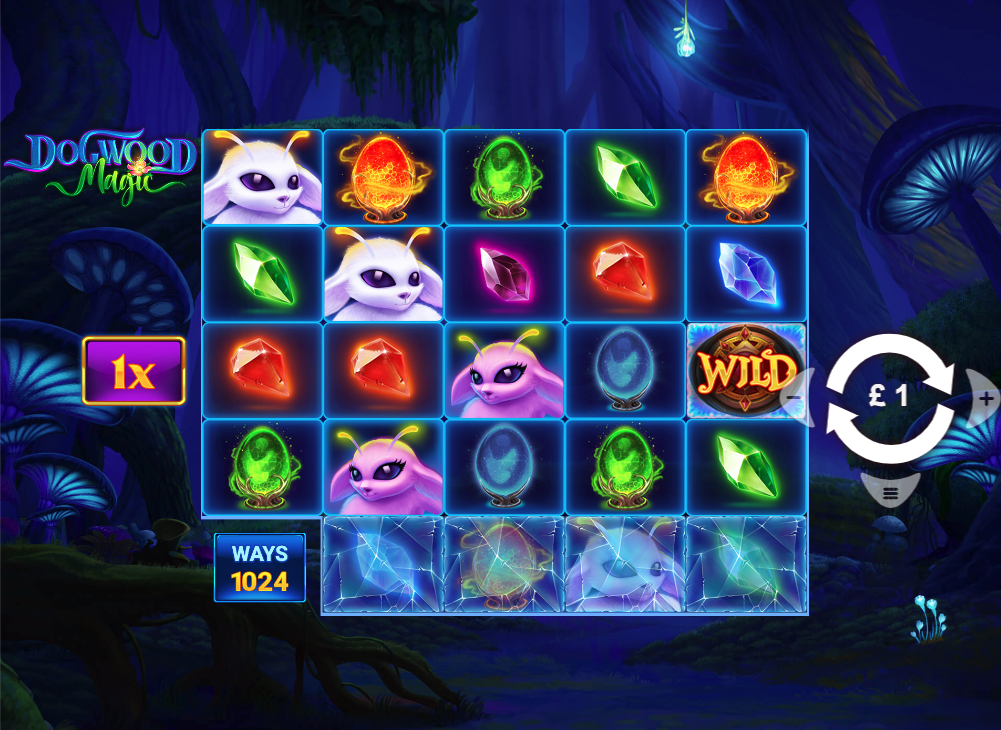 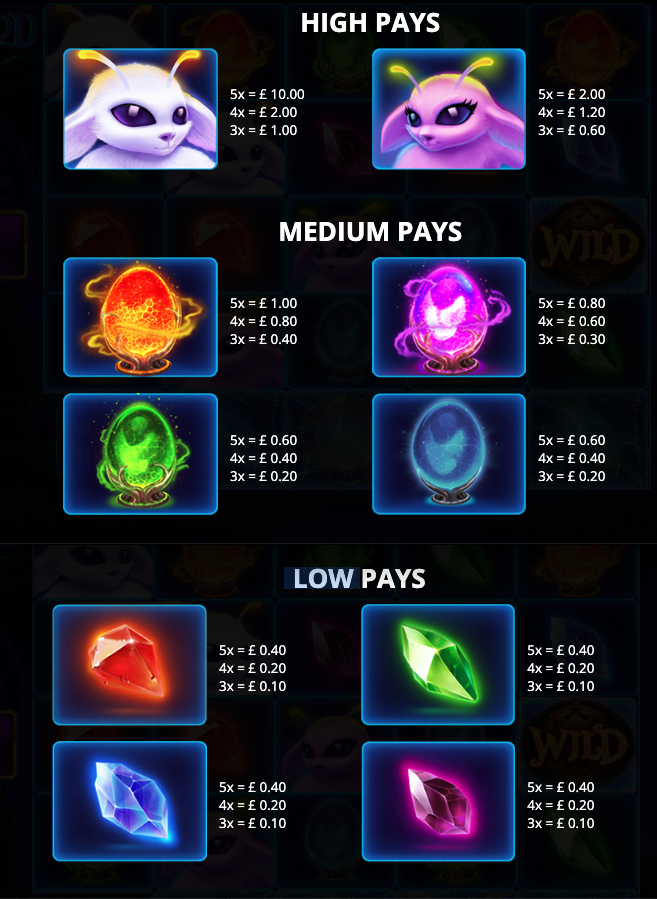 A spooky forest sets the scene for this online slot which comes with the title of Dogwood Magic – it’s been created by Pariplay’s in-house developed Wizard Games and the features it offers include tumbling reels, free spins and a locked fifth row for extra wins.

Dogwood Magic is a five reel slot with 1025 ways to win initially and those reels are formed from glowing frames which float against this bizarre woodland scene in which giant mushrooms dominate the gloomy world beneath the steamy canopy.

The higher value symbols include two odd creatures and four egg-shaped crystals in orange, pink, green and blue; smaller crystals in similar colours represent the lower values. The ‘Wild’ is of course wild and the scroll is the scatter symbol. There’s also whirlpool mystery symbol and a Magic Flower.

Any symbols in a winning combo will disappear and be replaced by more falling in from above – more combos can then be formed to continue the process. Each subsequent win during a tumble will increase the win multiplier for his spin up to a maximum of 20x.

The row beneath reels two, three, four and five is locked at the start of every spin but if a Magic Flower lands on a particular reel the locked position below will unlock and take part in any potential wins. This symbol can also split into a maximum of six separate icons to further increase the paylines available. Magic Flowers will always disappear after they’ve outlived their usefulness and allow another symbol to fall in from above. Unlocking all rows with the maximum split symbols will mean there are now 40,000 ways to win.

Landing four, five or six of the scroll scatter symbols anywhere in view will award 10, 15 or 20 free spins respectively; it’s not possible to retrigger this round but +2 and +3 symbols may land which will award and extra two or three spins to keep things interesting.