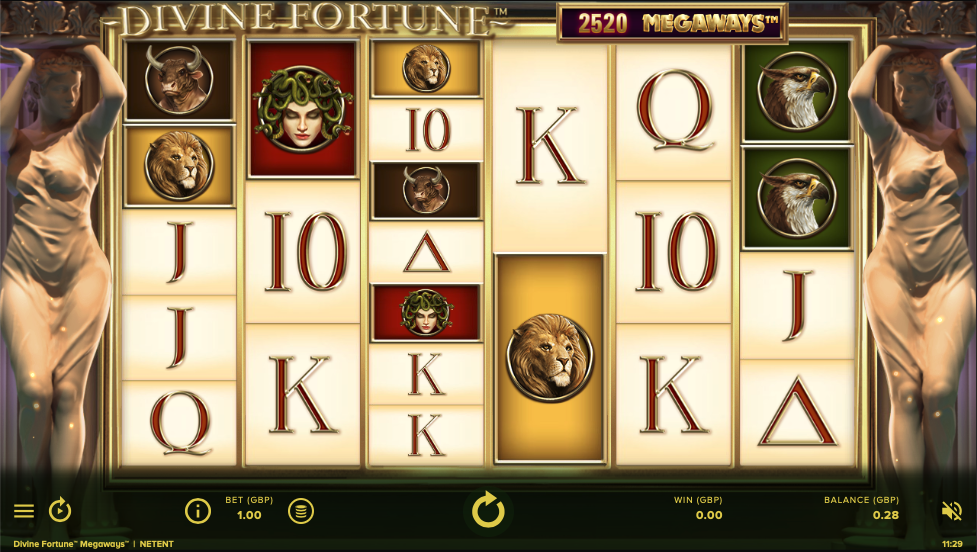 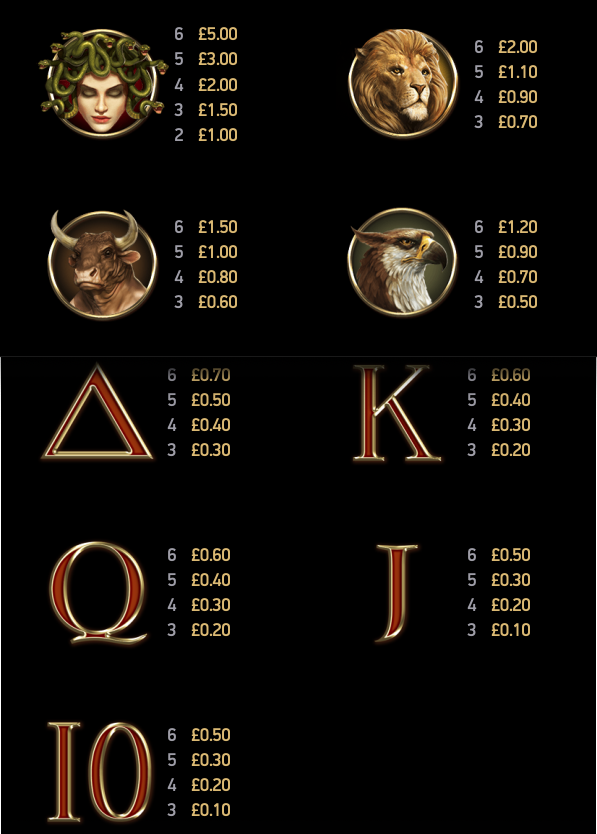 Divine Fortune was originally a Net Entertainment slot developed back in 2016 but this Greek god-themed game has now been given a Megaways makeover, courtesy of Big Time Gaming’s clever gameplay mechanic; from £0.10 per spin this new version offers players free spins and wild features.

Divine Fortune Megaways is a six reel slot with up to seven rows and a potential 117,640 ways to win maximum rows are in play on all reels; marble statues flank those reels as the symbols fall into place.

Theme-related symbols include Medusa, the lion, the bull and the eagle; 10, J, Q, K and A represent the lower values; the white-winged Pegasus is wild and the bolt of lighting is the scatter symbol.

Every time a wild Pegasus appears on the reels this feature will be triggered – you’ll receive a respin in which that wild will move down one position on the reels. More respins will continue as long as this wild is still on the reels or any more wilds have landed.

It’s also possible for another wild to land on an existing wild and if this happens the Wild On Wild feature is activated in which that reel will become completely wild. After any payouts are awarded the wild reel will move down one position and up to seven extra Falling Wilds will be added to the reels.

This is triggered by landing at least four of the lightning bolt scatter symbols anywhere in view for which you’ll receive the following:

Any wild symbol landing during this round will activate the Wild On Wild feature; there’s also the opportunity to collect bronze, silver and gold symbols, five of which will payout 10x, 25x and 500x the stake respectively.

Aside from the Megaways, there’s not a lot extra here which isn’t in the original game – we’re also missing out on the progressive jackpot opportunity; still it’s an eminently playable slot with a familiar theme and lots of paylines so it’s worth a pop.