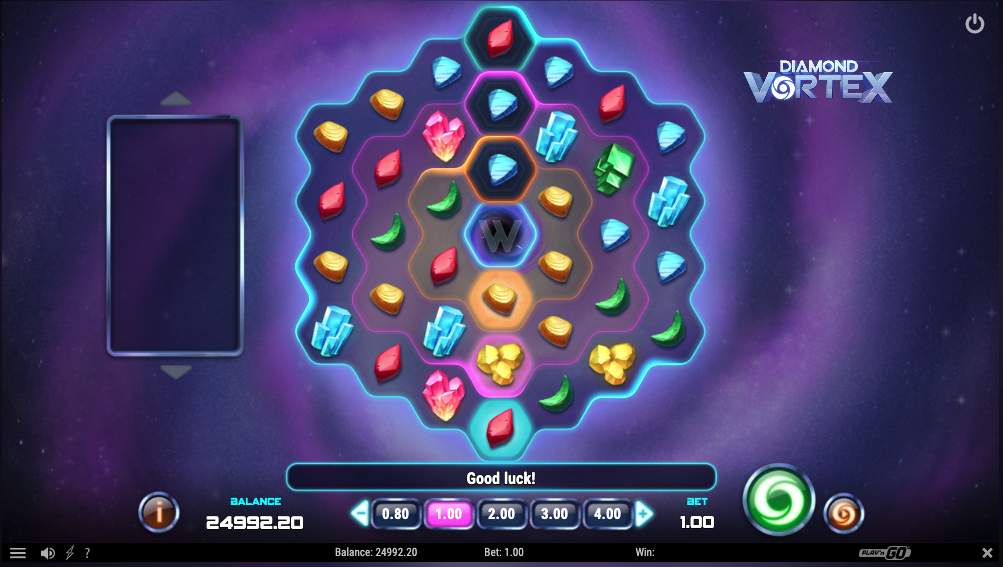 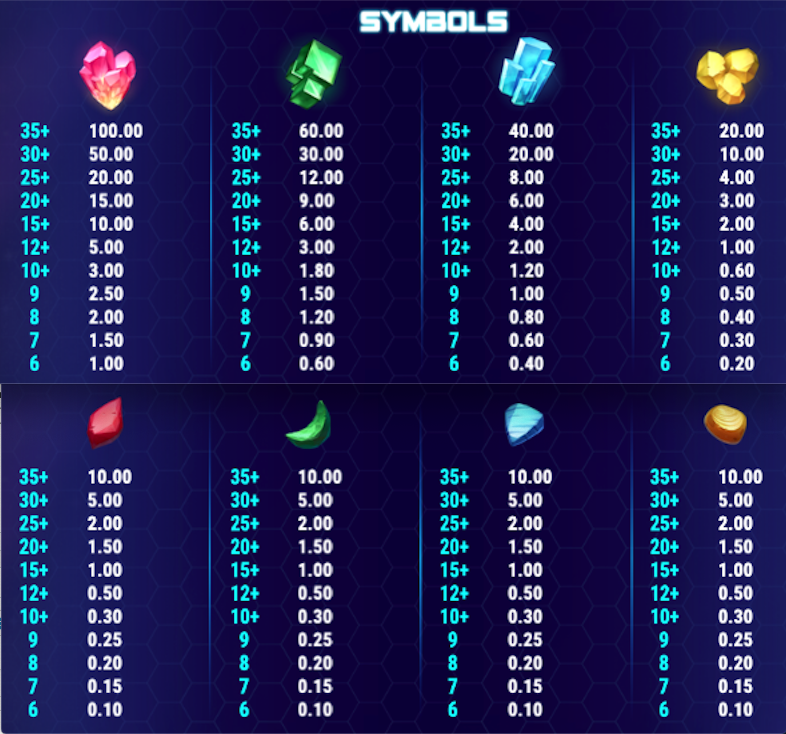 Way out in the chilly loneliness of space there’s a complicated online slot machine waiting to be played; it’s called Diamond Vortex, it’s developed by Play N Go and we don’t mind admitting it took a fair few spins to grasp what was going on – we’ll try and keep it simple in following paragraphs!

Diamond Vortex plays out on the shape you can see above and your task is to create linked wins of at least six matching symbols when they fall in from above; those symbols involved will then disappear and be replaced by more falling down to continue the process.

High value symbols include red, green, blue and yellow minerals while the lower values are smaller minerals in similar colours. The diamond is wild and it will replace all symbols except for the colourful ‘Bonus’ to create winning combos.

The centre position is always wild and it’s surrounded by three concentric circles – directly above the central wild are three zones which never move and directly below are three Hot Spots which do. The inner and outer circles turn clockwise after each win while the middle circle turns anti-clockwise. When there are no more wins on a particular spin the Hot Spots return to their starting positions.

This feature involves the wild symbols which will move inwards to the next circle each time they help out with a winning combination; eventually they’ll move into the centre where the multiplier value will increase by 1x up to a max of 20x.

When a Hot Spot reaches the zone on its particular circle the Transform Feature will be activated and every symbol on that circle will transform into a random, matching symbols for a nice win.

This is triggered by landing at least one bonus symbol in a zone – once one reaches a zone the gameplay continues while there are more wins,potentially allowing more bonus symbols to reach those zones; each one is worth five free spins. During this round the wild multiplier will retain its value and the Hot Spots will stay in the positions they’ve reached between wins – this makes activating the Transform Feature more likely.

Diamond Vortex is very entertaining slot once you get to grips with what’s going on – the Transform feature hits regularly, especially on the inner circle and if you can win some free spins there are some big wins available for sure.