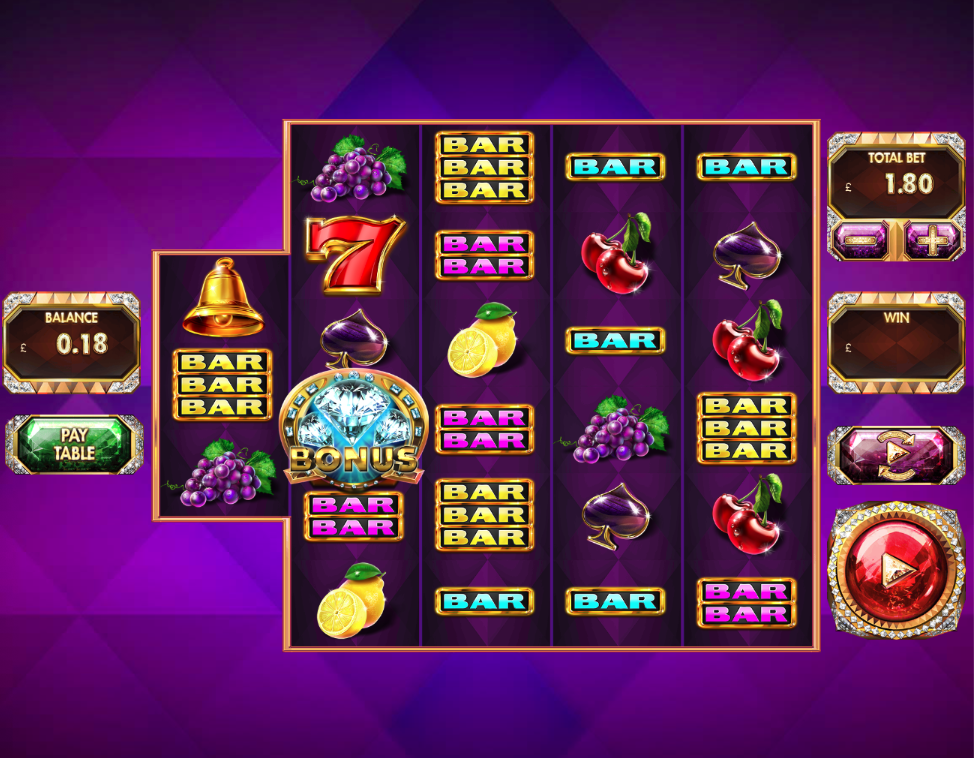 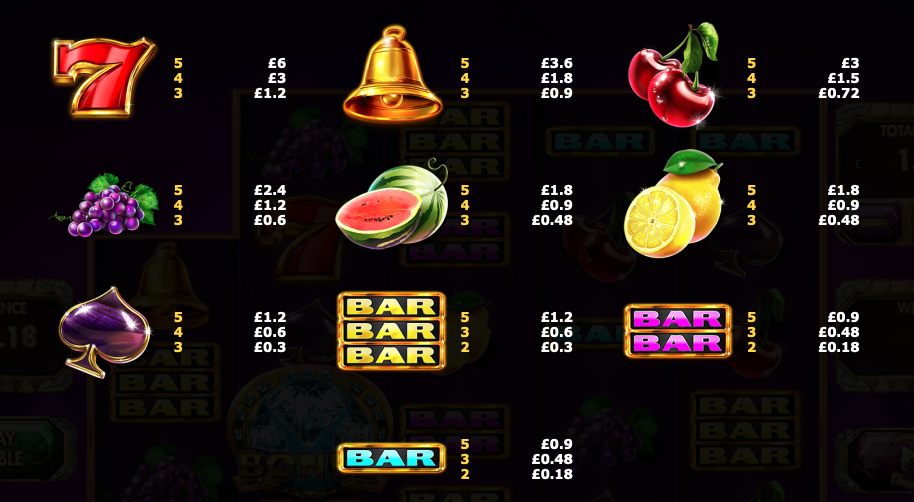 Gems and fruit are the twin, traditional themes of this online slot from Red Rake Gaming; it’s called Diamond Cascade and from £0.30 per spin it offers players the chance to win free spins, prize multipliers and the Diamond Cascade bonus feature.

Diamond Cascade is a five reel slot with variable rows and a total of 3888 ways to win; the purple backdrop adds a touch of class to proceedings, as do the jewels which form the buttons around the outside.

The symbols should be familiar to all and include red sevens, golden bells, cherries, bunches of grapes, watermelons, lemons, a shiny spade and single, double and triple bars. The diamond is wild and the bonus diamond is the scatter symbol.

This can occur randomly on any base game spin and up to six extra wild symbols will be added to the reels in what looks like a snow storm, hopefully helping out with a nice win.

Landing three or four of the bonus diamond scatter symbols anywhere on reels two, three, four or five will award 12 or 16 free spins respectively; the Diamond Cascade should occur more often during this round but will only add up to four wild symbols.

Before the spins start you’ll get to spin a wheel which will determine the win multiplier for the round – between 1x and 10x. If your final win total is less than 10x the stake then you’ll be awarded sets of four more spins until your winnings are sufficient.

The Diamond Cascade is a regularly occurring bonus feature in this game and that gives the gameplay an extra winning edge which should keep drawing players back; it’s enjoyable, fast-moving stuff and definitely recommended.