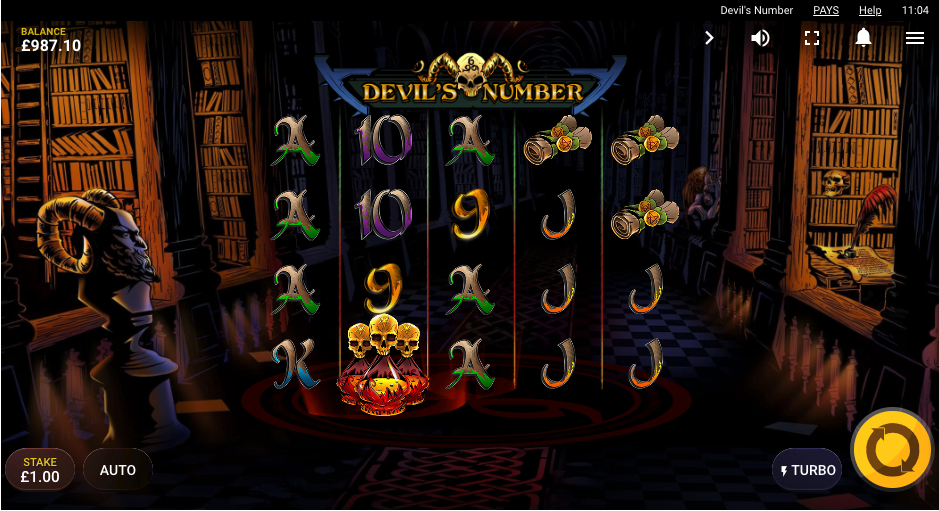 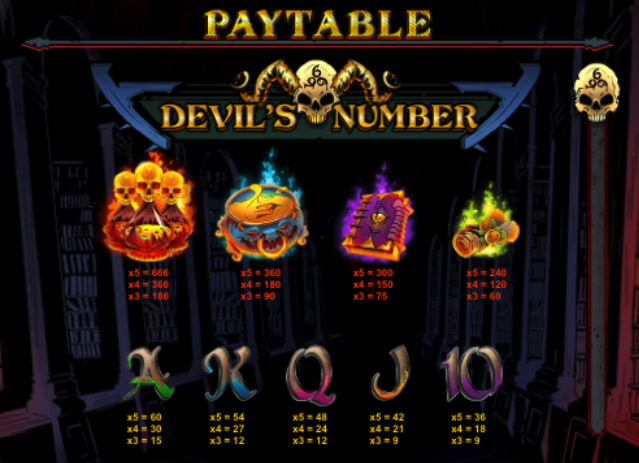 There’s a still a bit of argument in scholarly circles about whether the number of the beast is 666 or 616 but for the purposes of this online slot from Red Tiger Gaming we’ll happily settle on the former; it’s called Devil’s Number and what it lacks in free spins it makes up for in clever base game features.

Devil’s Number is a five reel slot with four rows and thirty fixed paylines; there’s a gloomy atmosphere to this game which sees the reels floating against a dark backdrop in what looks like a creepy library. A Satan-esque statue squats on the left while various skulls and gargoyles mingle with the ancient books on display.

The four theme-related symbols include the triple skulls, the spell book, the cauldron and the set of scrolls; 10, J, Q, K and A represent the lower values.

There are no wild or special symbols in Devil’s Number but they’re not really required as we shall explain below.

The extra features in this slot are all contained within the base game and there’s a chance they can be triggered each time a winning combination is formed:

Devil’s Number is a slot which offers something a little different to the norm and for that it should be applauded; it’s dark, atmospheric and therefore best played with the lights off and the sound turned up.