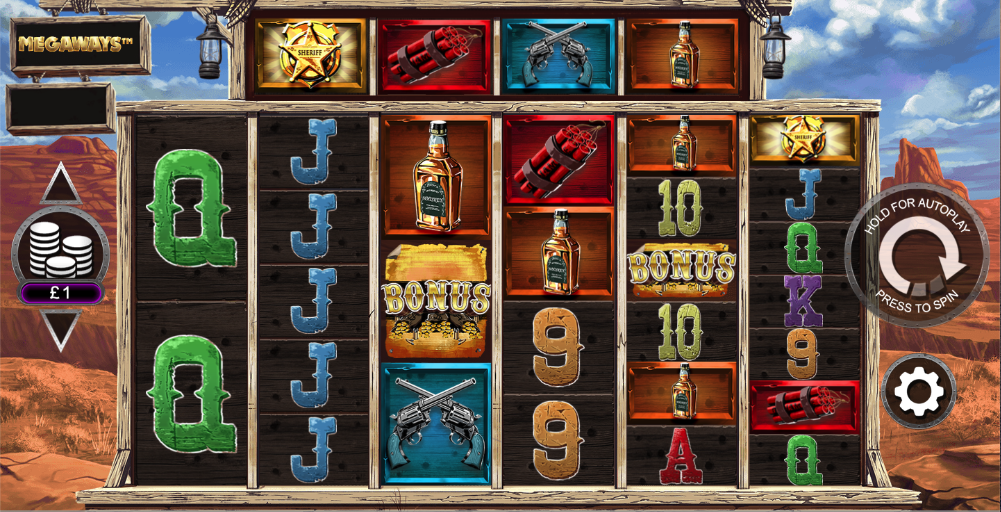 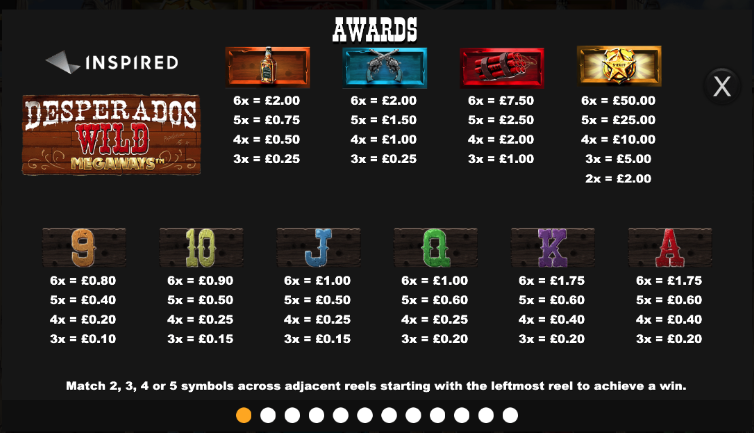 Desperados Wild Megaways is a six reel slot with up to five rows and that extra horizontal reel at the top – this adds up to a potential 117649 ways to win with the maximum number of rows in play; a wooden structure frames those reels which squat in the desert under a fierce blue sky.

The higher value symbols include a bottle of whisky, crossed pistols, some sticks of dynamite and a sheriff’s badge; 9, 10, J, Q, K and A make up the lower values.

There are four wild symbols all displaying various cowboys and they will replace all standard symbols to help form winning combos; the piles of gold coins are the bonus symbols.

As well as all those Megaways, Desperados also gives as Cascading Reels which means that the symbols in any winning combination will disappear and be replaced by more falling in from above – new combos may then be formed and the process continues.

This is triggered by landing at least four of the gold coin bonus symbols anywhere in view and you’ll now get to select from the following:

Before the spins start you’ll also have the option to gamble the whole lot for more spins.

What’s not to like here? Megaways, free spins, collapsing reels and a Wild West theme to keep things interesting; it’s all good fun and should keep you coming back for more.