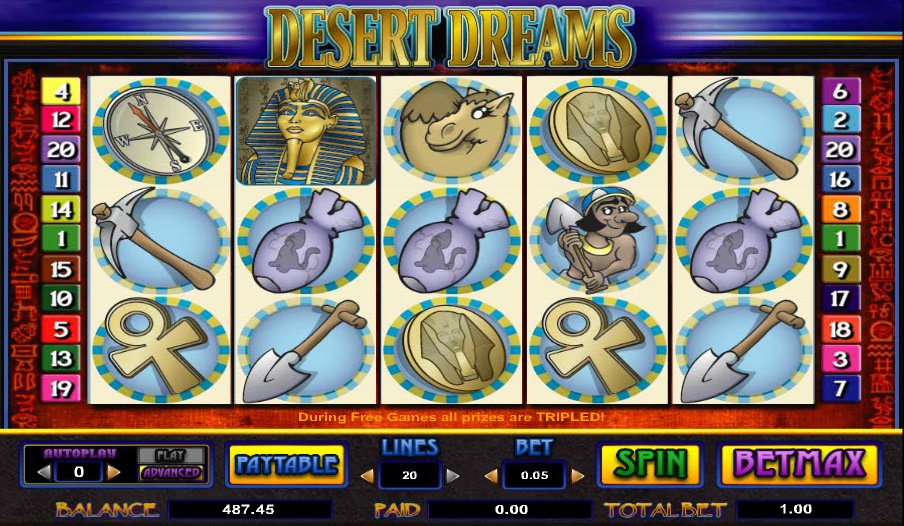 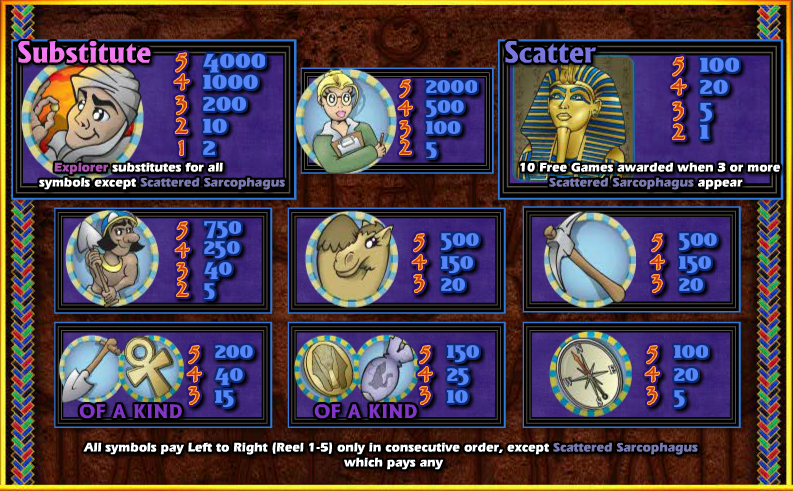 It’s time to head back to Egypt to get our online slots fix but this time it’s less about the various Ancient Egyptian gods and more about the archaeologists and adventurers who dug their way into these buried ruins some two thousand years later. Desert Dreams is the name of this game, it’s developed by Cryptologic (now Amaya Gaming) and it focuses on the characters who defied superstition and unearth these treasures anyway.

Desert Dreams is a five reel slot with three rows and up to twenty paylines; the design is bit basic but it’s good to see some familiar hieroglyphics framing the reels on the right and left hand sides. There’s also a pleasing cartoonish element to the game and some traditional casino sound effects.

The symbols are all related to theme and include the female assistant, a local digger, a camel, a pickaxe, a shovel, a golden Ankh, a Pharaoh artifact, a chipped vase and a compass.

Our noble explorer represents the wild symbol and he will substitute for all others except the scatter icon which is a Sphinx. The wild will also payout 2x your line stake for landing just one on an active payline.

This is triggered by landing three or more of the Sphinx scatter symbols anywhere in view and it’s a pretty standard free spins round in which you will be awarded ten free spins.

The good news is that all wins you land in this round will subject to a 3x multiplier and it’s also possible to re-trigger more spins by landing the required number of scatter symbols again.

Desert Dreams is fairly run-of-the-mill slot and certainly not the best Egyptian-themed game we’ve reviewed (see our top five here). However it has a certain cartoonish charm and some interesting sound effects so it’s worth checking out.