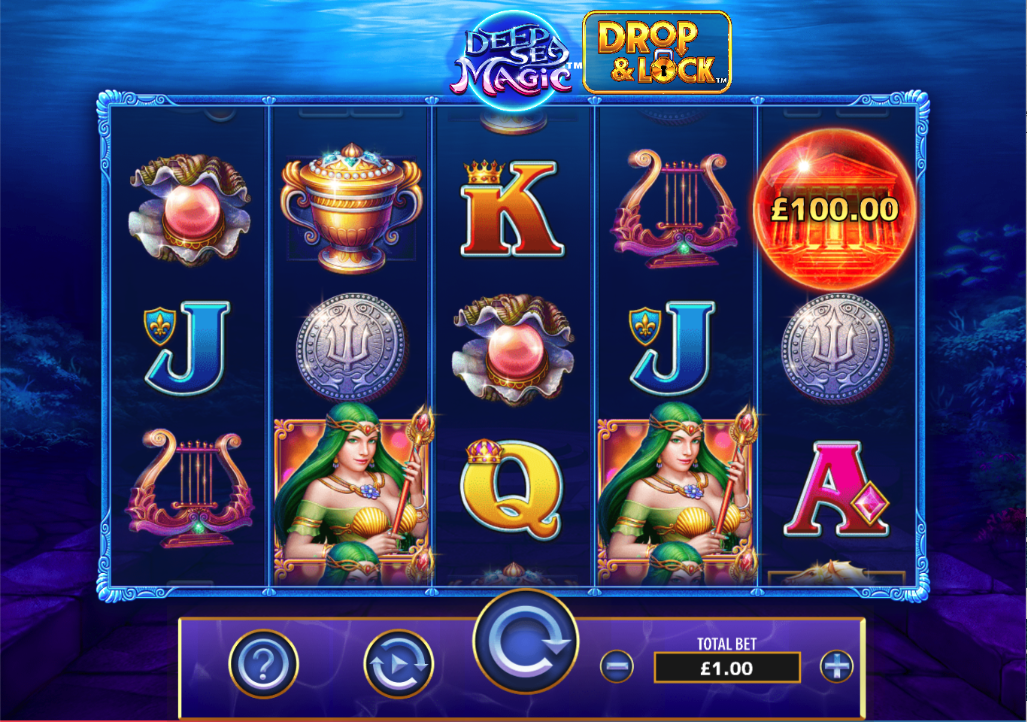 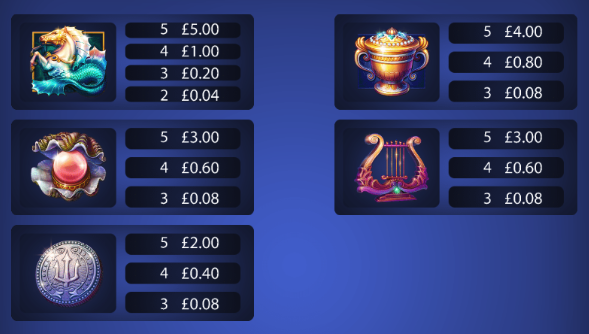 Deep beneath the ocean waves there’s a whole world of fantasy and mermaids, at least there is according to this online slot from Shuffle Master which comes with the intriguing title of Deep Sea Magic Drop & Lock; it also comes with stacked wilds, free spins and the clever Drop & Lock feature.

Deep Sea Magic Drop & Lock is a five reel slot with three rows and fifty fixed paylines; those reels are floating above a stone pathway on the seabed with the undersea flora and fauna illuminated by sunlight sneaking in from above.

High value symbols include the sea lion, the gold vase, the pink pearl, the harp and the silver coin; J, Q, K and A represent the lower values. The mermaid is wild, she appears on reels two, three and four and she be up to three positions high when substituting. The crystal balls and the pyramids are the bonus symbols.

The crystal balls come in orange and blue varieties and to trigger this feature you’ll need to land at least three of either on the same row; you’ll now receive an initial three free spins with all crystal balls in view dropping to the lowest point on the reels without a ball – your task is to complete rows of these balls which will reset the number of spins to three again and also the total of all cash values on those balls.

The values on the blue crystal balls are 2x the total stake or less and those on the orange balls are more than 2x the bet.

Free spins are always welcome but this slot is all about the Drop & Lock feature which is entertaining and potentially quite profitable; the graphics may not quite be state of the art but don’t let that out you off – Deep Sea Magic is an enjoyable diversion.