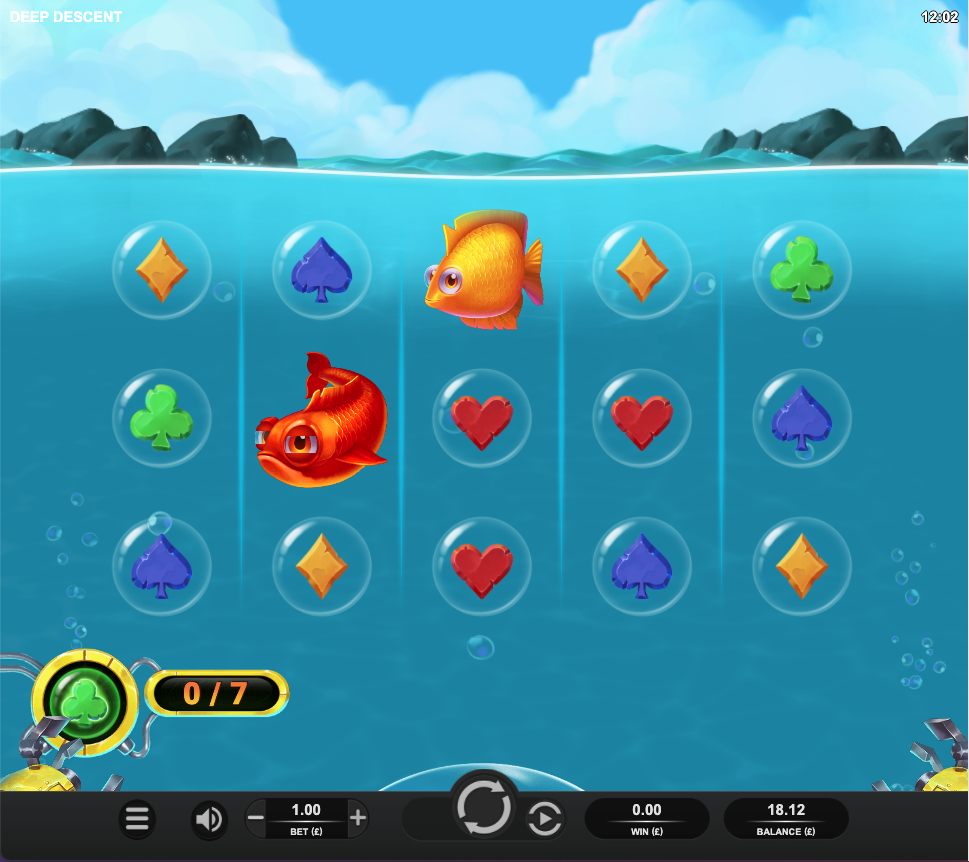 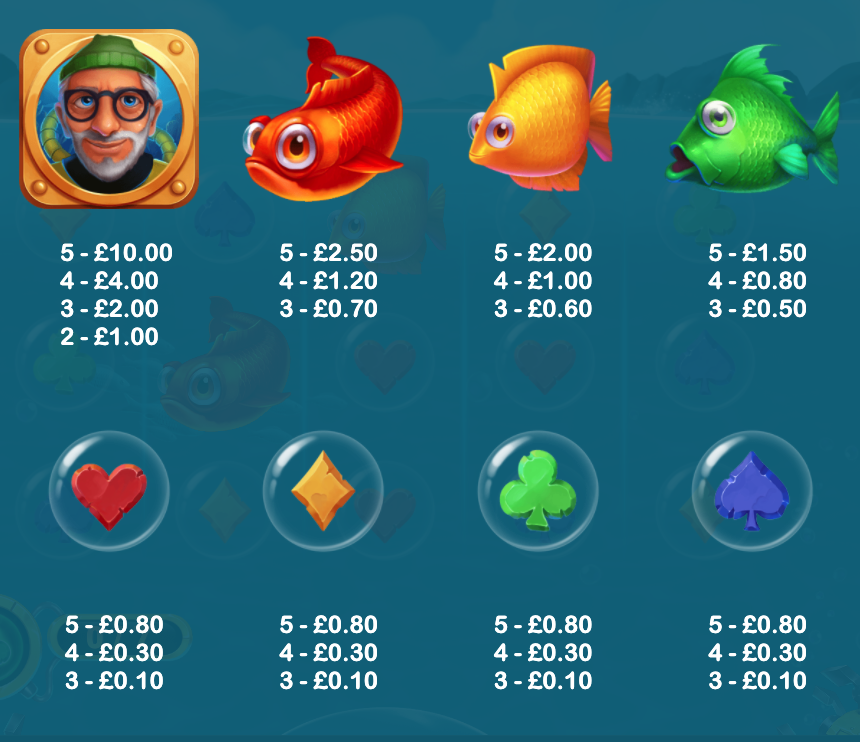 We’re back beneath the ocean waves and this time it’s a search for sunken treasure which is the inspiration behind Deep Descent, this online slot from Relax Gaming; from just £0.10 per spin you can collect symbols to dive deeper and experience the sticky wild respins.

Deep Descent is a five reel slot with three rows and a potential 3125 ways to win when the maximum number of rows are unlocked; the action takes place just below the water’s surface in front of our submersible vehicle as shoals of fish occasionally pass by.

High value symbols include the diver and three fish coloured red, orange and green; playing card symbols in bubbles represent the lower values. The big ‘W’ is wild and look out for the collection meter outside the reels – this is the key to the main feature.

Every time a wild symbol lands on the reels it will display a number between one and five – that number is the amount of respins you’ll receive with that wild held in place. Any new wilds landing will continue the process so it’s possible that more than one will be stuck on the reels at once.

On each spin one of the playing card symbols will be selected at random to appear in the collection meter – if you can fill this meter with a winning combo of those symbols then this feature will be triggered:

When the respins run out the feature ends, you’ll rise up closer to the water’s surface and go back to the base game.