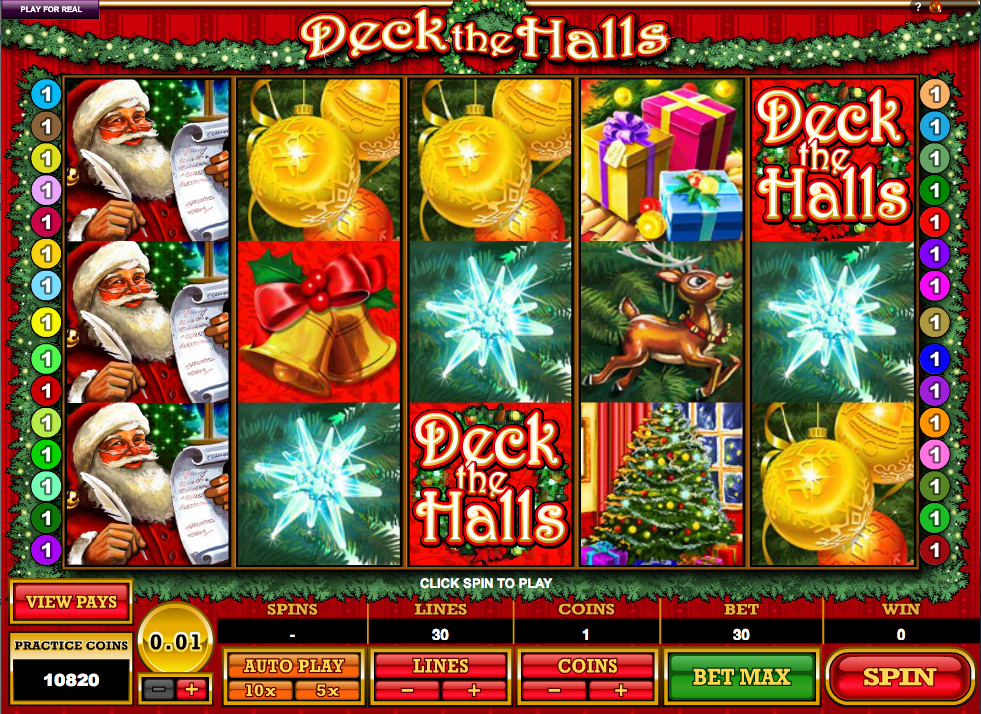 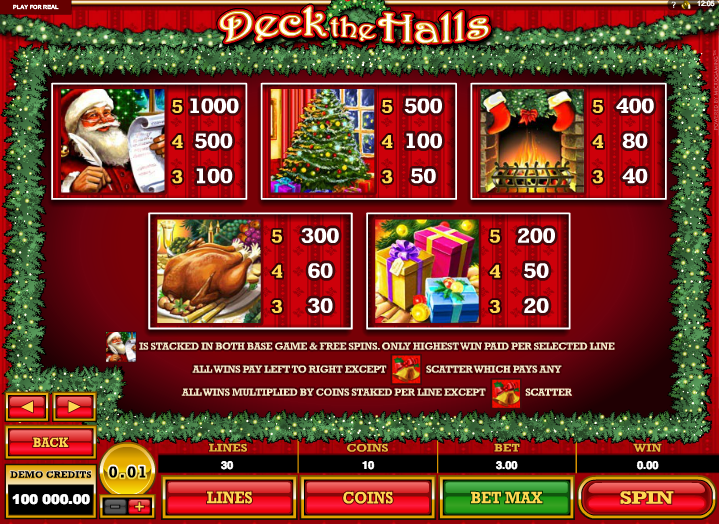 Just because Christmas has come and gone for another year it doesn’t mean that those festive online slots should be put away for another year – a good game is a good game whatever time of year it’s played. Deck The Halls is a Christmas-themed slot from Microgaming which may leave you hoping that it will all come round again quickly.

Deck The Halls plays out over five reels and thirty paylines and it depicts the most traditional of picture book Christmases; the reels are set within twinkling decorations and each symbol is a nicely-designed festive object of some sort including tree decorations of several varieties. The more valuable symbols are a selection of gifts, a turkey, stockings above a fireplace and the Christmas tree.

Two bells are the scatters which activate the feature and there are two wilds – Santa Claus and the Deck The Halls logo; Santa is stacked in both the base game and the free spins while Deck The Halls is stacked only in the spins. Stacked symbols may appear on top of each other on the reels, helping the player create more winning combos.

If free spins are your thing then you’ll be relieved to know that there are ten available and that they are triggered by landing three or more of the bell decorations anywhere on the reels.

Anything you win during this feature will be doubled but if you can land a win which includes the Deck The Halls stacked wild, your prize will quadrupled. A little more good news is that the spins can be re-triggered by landing three more scatters within the spins.

The scatter symbols will be active however many paylines you have active so low rollers can play their way and still have the same chance of triggering the feature.

This is a really nice-looking slot with some smoothly-spinning reels; a bit more creativity for the feature would have been nice but the Twelve Days Of Christmas playing in the background makes everything seem alright.