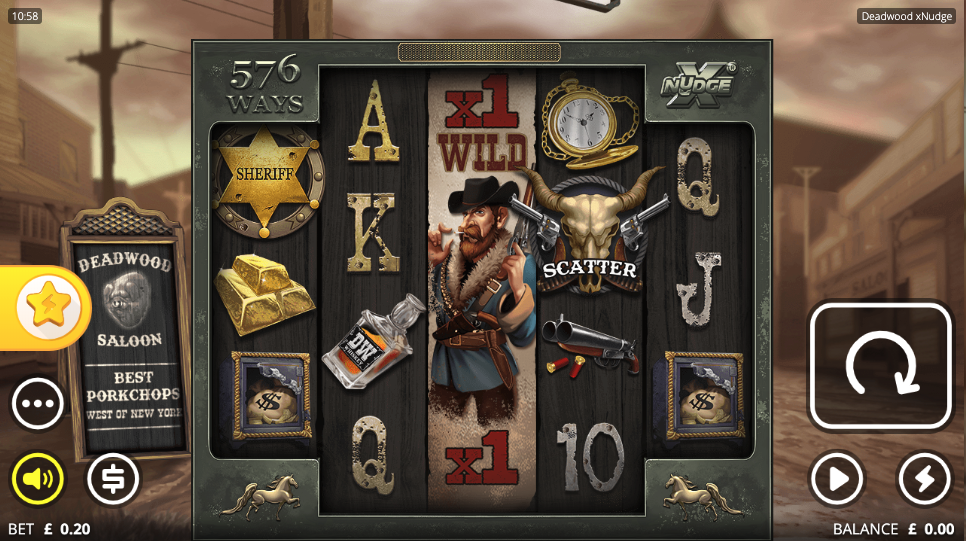 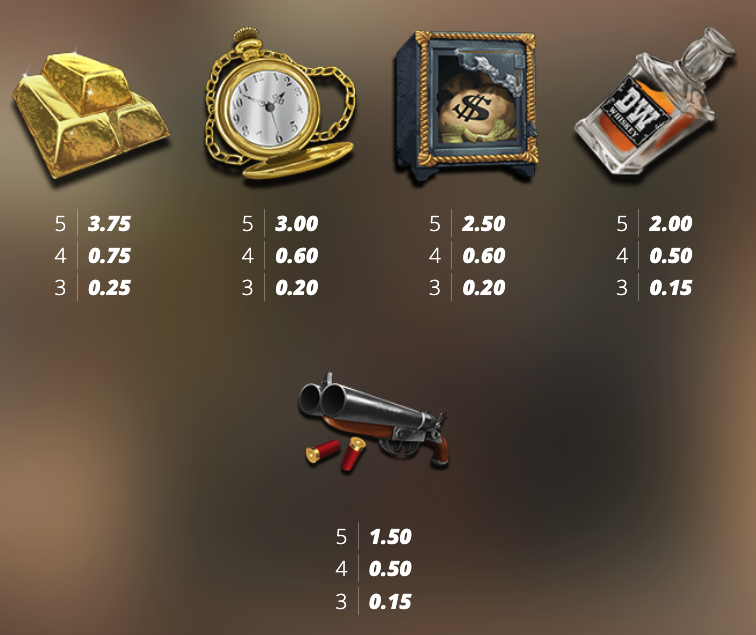 It’s well known that the residents of the Old West enjoyed a few spins on a mechanical slot machine so it’s only right that in Deadwood xNudge we have a game from Nolimit City set in that wild time which offers players loads of themed bonus features.

Deadwood xNudge is a five reel slot with three/four rows and five hundred and seventy six ways to win; those reels float against a hazy, muddy backdrop in which tumbleweed blows down the main street of this old town.

The high value symbols include stacks of gold bars, a pocket watch, a safe, a bottle of whisky and a shotgun; bullet-riddled 10, J, Q, K and A make up the lower values. The wild symbols are stacked Hunter characters and whenever they appear on the reels they’ll nudge into view one step at a time, increasing the win multiplier by 1x as they go – this is the xNudge feature. The special symbols are the sheriff’s badge and the buffalo skull.

This is triggered by landing two of the sheriff’s badges on reels one and five and any low value symbols on reels two, three and four will transform into wilds.

Trigger this by landing three of the buffalo skull scatter symbols anywhere in view and you’ll receive eight free spins on your choice of the following:

Deadwood xNudge is a another high quality and entertaining slot from Nolimit City with lots of clever bonus features and some big wins available once those Hunter wild symbols get involved – highly recommended!