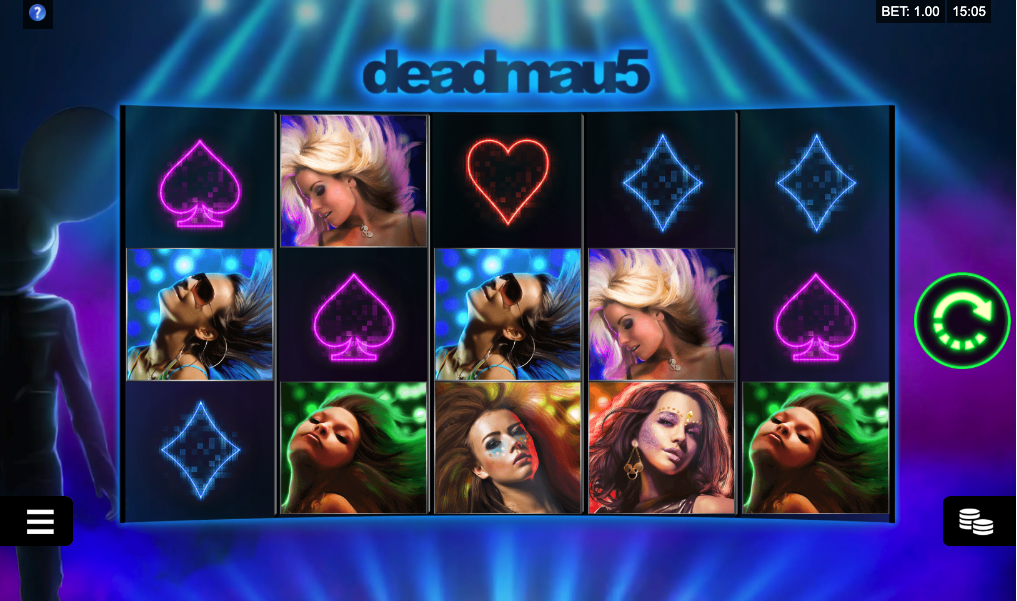 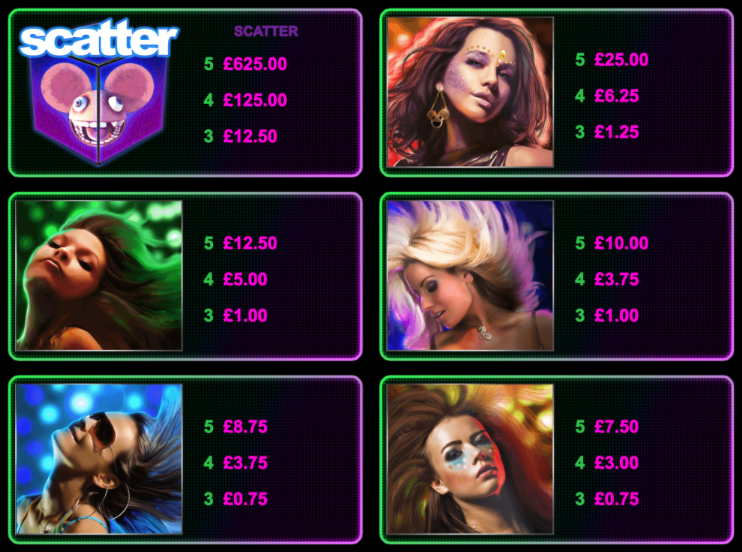 For those unfamiliar with Electronic Dance Music (EDM) deadmau5 is a grammy award nominated Canadian DJ and producer; he’s also now the theme of this online slot of the same name from Microgaming which offers players Rolling Reels, free spins and the Drop The Wild feature from £0.10 per spin.

deadmau5 is a five reel slot with three rows and ten fixed paylines; the blue lights of some urban club create the backdrop to those reels while original tunes from our man accompany your gameplay.

The five higher value symbols are all girls enjoying their night out while neon playing card symbols represent the lower values. The famous Mickey Mouse headgear is the wild, it appears only on reels three, four and five and it will replace everything except for the cube scatter symbol.

Always a favourite feature, this sees every symbol in a winning combo disappear and be replaced by more falling in from above – new combos can then be formed to continue the process.

On any spin reels two, three or four may turn completely wild and award a guaranteed win.

Landing three, four or five of the cube scatter symbols anywhere in view will award 15, 20 or 25 free spins respectively; there are no extra enhancements during this round and unfortunately the spins can’t be retriggered.

We’re sure that deadmau5 will be pleased to live forever in slot machine form and it’s his own music and the Rolling Reels which help this game stand out from the crowd; play our gameplay video and hear the tunes for yourself.